Tension at the tram station

.
For SkyWatch Friday watch a twilight sky over the Jerusalem Hills change color. 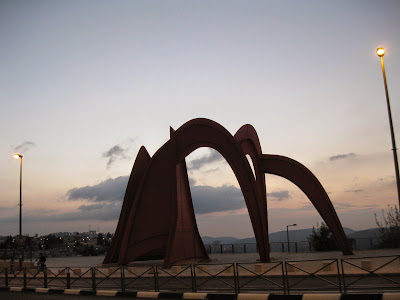 The Calder statue, Homage to Jerusalem--Stabile, sits high atop Mt. Herzl where the artist intended it to be. 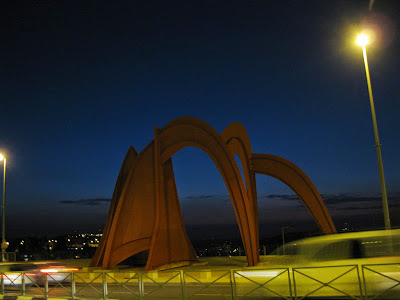 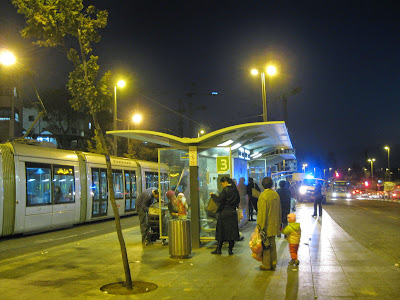 I was still standing at the tram and bus station, waiting for my connection, for way too long on that bloody November 5.
A white police van, blue lights flashing, was sitting half on the platform.
Just a few hours earlier, a terrorist had killed several people by plowing into them with his white van at another light rail station on the east side of Jerusalem.
We the public, dependent on public transportation, felt nervous, like sitting ducks, wondering if we would be the next targets in the wave of vehicular terrorism sweeping over Jerusalem's tram stations.
.
Posted by Dina at 10:24 PM