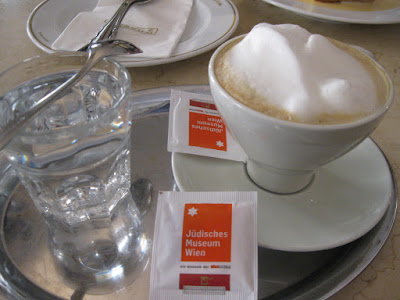 It was just a week ago that I set foot in Vienna and in a famous Viennese cafe for the first time. 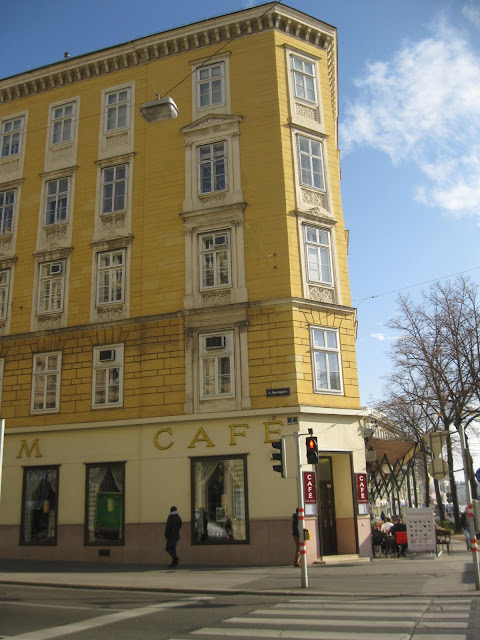 At the time I didn't realize that  Café Museum was famous.
It opened in 1899 and became a meeting place for the city's artists. 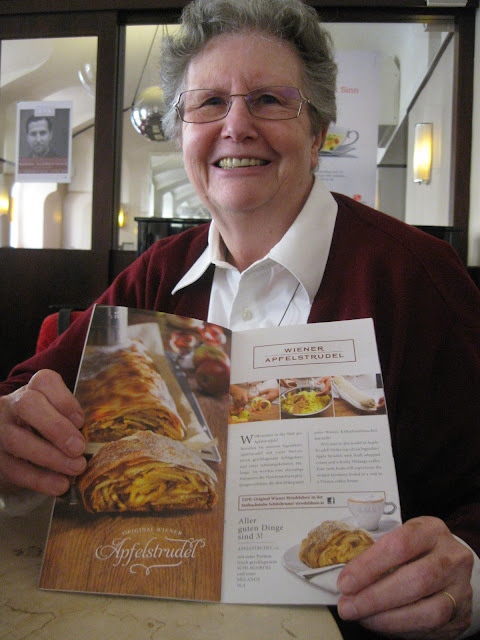 Susie was kind enough to accompany me for several hours on the bus and subway all the way from Pinkafeld in the south (from her farm community where I was volunteering), and she made sure we visit her favorite cafe before she started her long trip back (and left me in the big city).
She knew just what to order.
Just deciding on a coffee can be confusing -- look at this whole poster of choices! 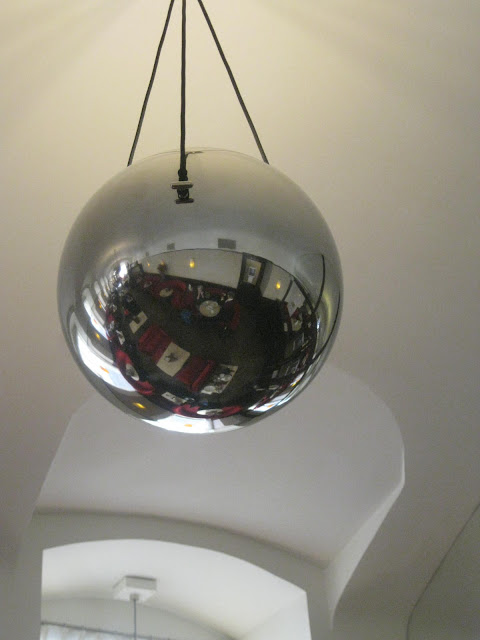 That's us at the round table,  reflected  for James' Weekend Reflections meme.
.
Wikipedia tells us that "When the café was renovated in 2010, the architect Peter Schwarz followed the original design of Josef Zotti. The half-round sofas are not covered with red pleather as in the original Zotti-design but with red velvet. Also the metal lamps made out of chromium-nickel steel, which reflect the interior of the café, were restored. The light source is inside of the globe, which has an aperture at the top. The light is reflected by the smaller half globe that is attached to the ceiling above the lamp.  Nowadays the café can seat 207 guests."
.
See this pretty picture of the interior. 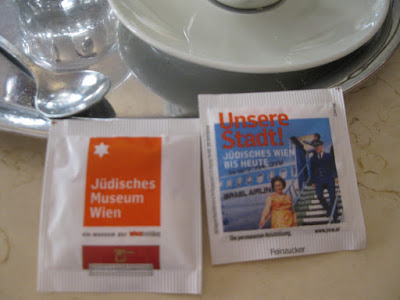 A strange omen: the sugar packets advertised the Jewish Museum.
I intended to see it but got side-tracked by other things.
Maybe next time.  And may that be soon!
.
Posted by Dina at 4:19 PM