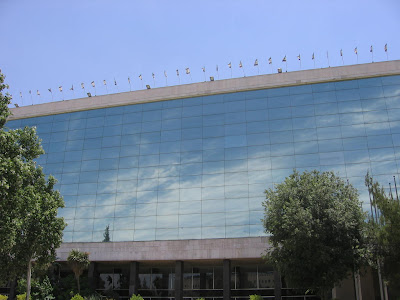 Hint: today's post is for R Day at ABC Wednesday. 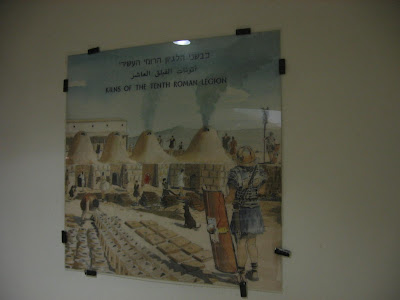 R is for Roman kilns from over 1,900 years ago!
Click on the photos to enlarge them. 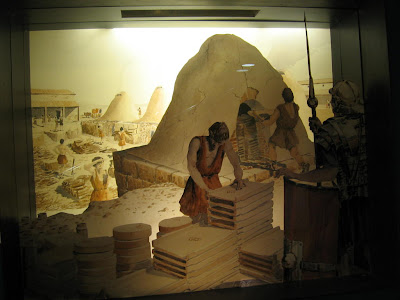 The Roman Tenth Legion was stationed in Jerusalem for over 200 years. When they were not busy quelling Jewish rebellions (The Great Revolt, 66-70 CE, and the Bar-Kochba Rebellion, 132-135 CE), destroying the Temple and Jerusalem and killing her citizens, the Legionnaires were busy building infrastructure and army camps, public buildings, and bathhouses. 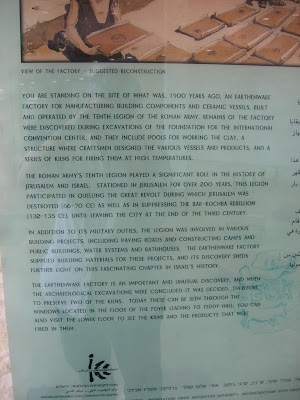 When foundations for the convention center were dug, the Roman factory was discovered.
For the full story, click on the photo above. 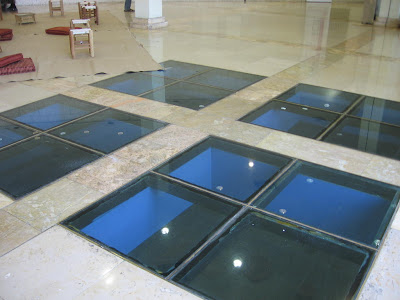 Two of the kilns were left in place and put on display under the blue glass.
Once, while at the Book Fair, I walked slowly on the glass floor, looking down in wonder. A woman sitting on the stool drinking coffee called to me, "Did you lose something?" Then I realized that many visitors don't even know the antiquities are there. 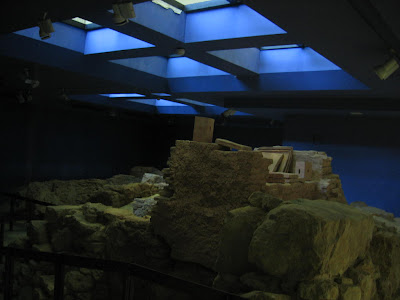 The kilns and some of the earthenware products are enclosed in a glass room. The door is more often than not locked. 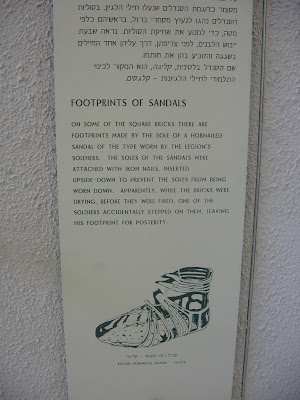 Upstairs, glass cases on the wall show the roof tiles, pipe sections, and bricks that the Roman soldiers produced at the factory. Maybe tomorrow I can show you them.
But my favorite is the story (described in the sign above) of the hobnail sandal (cleats protruding from the bottom of the sole), called caliga. 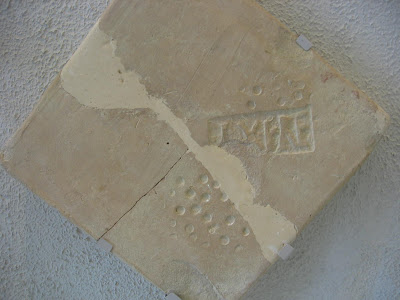 Some of the square bricks had sandal-prints in them. Apparently while the bricks were drying, before they were fired, a soldier stepped on them by mistake! So, beside the prestigious Tenth Legion stamp of LXFRE, Legio X Frentensis, there is a footprint of a simple Roman soldier.
This is so very human! I almost cried.
Sometimes archaeology does that, lets you feel a bond with one individual, one in whose footsteps we now walk.
Posted by Dina at 9:12 PM