With Ethiopian-Israelis on Jerusalem Day

.
Jerusalem Day today, a national holiday, marking what is called the liberation and reunification of Jerusalem in the 1967 Six Day War.
There were many events in town, many different ways to celebrate and to remember. 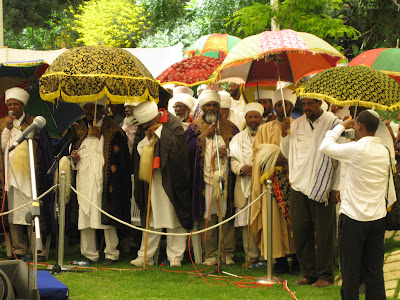 My choice was to be at a moving ceremony with these kesim.
A kes is a religious leader of Ethiopian Jewry. Here they are singing the prayers in their holy language, Gez. 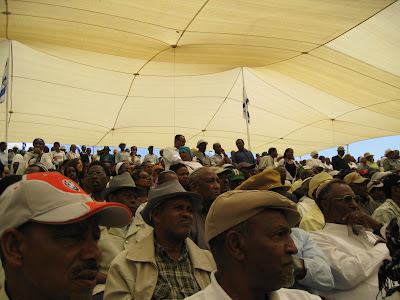 I sat among these Ethiopian-Israelis. 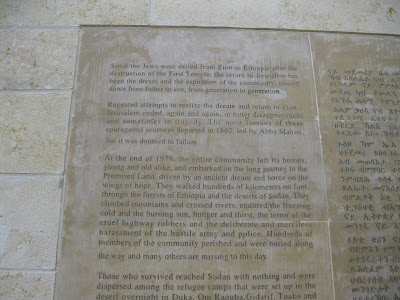 Their story is written on the wall of a new monument at Mount Herzl.
Please click to enlarge and read.
Part One is above, 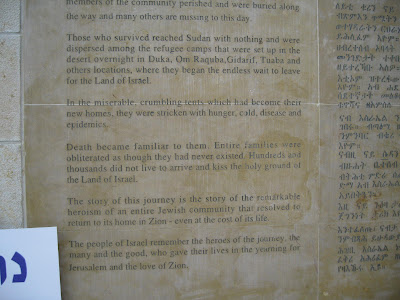 and Part Two is here. 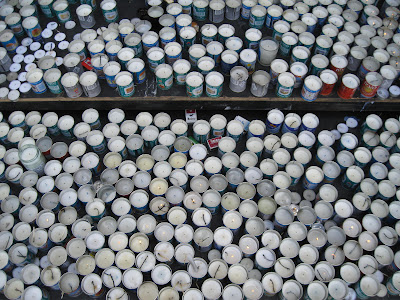 So many memorial candles were lit.
Today's relatively new yearly ceremony is called "The National Ceremony for Ethiopian Jews who perished on their way to Israel." 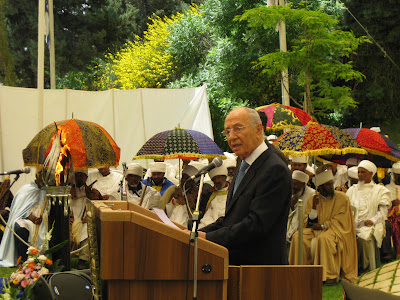 President Peres had praise for an isolated community that managed to survive 3,000 years of The Exile in the mountains of Ethiopia, unlike the Jews of Nineveh, China, and some parts of India who disappeared.
He lauded their unending dream to return to Israel, which they called "Eretz Jerusalem," the Land of Jerusalem.
There were several big operations to bring masses of Ethiopian Jews home.
One place you can learn about it, as told by the immigrants themselves, is here.
And if you have four minutes please watch a video about the 1991 Operation Solomon in which 14,000 were rescued in 36 hours of continuous airlifts. If your eyes stay dry, let me know.
.
Peres talked mostly about Operation Moses, 1984-5.
One out of every three Ethiopian Jews who started the trek, on foot, over the mountains and then through the desert of Sudan to the temporary refugee camps, in other words 4,000 of those people, died before they could be air-lifted to Israel. 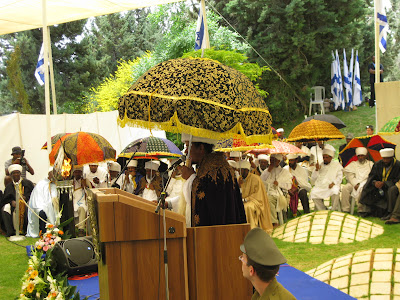 This kes came to the podium, opened his ceremonial umbrella, and spoke from the heart, without a written speech, in the spoken language Amharic. His whole family died on the long way to Israel.
The new Minister of Immigrant Absorption also spoke (Hebrew with a Russian accent).
I learned that Israel now has 120,000 Ethiopians and a third of them are Sabras (native-born). 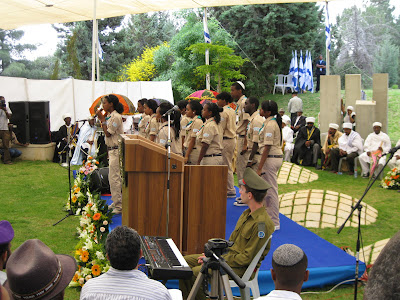 These Scouts sang a happy song.
But earlier a man had sung a song in Amharic.
I could only understand the muffled sobs of the women next to me and a groan and a sigh from the men sitting behind me. 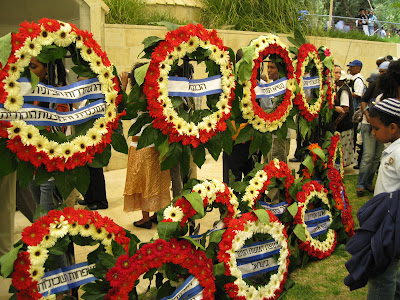 There was the religious part--a reading of Psalms, the recital of Kaddish, the cantor singing El Maleh Rachamim.
Then came the laying of wreaths by the VIPs, including the Ambassador of Ethiopia.
I wonder how he felt about all this. 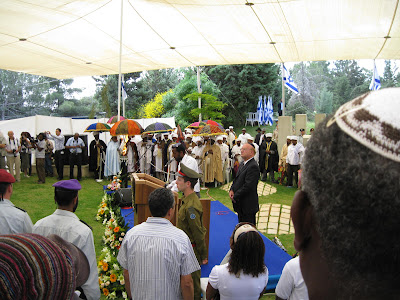 At the end, we all stood to sing our national anthem, Hatikva, The Hope.
Israel has always been built on hope. 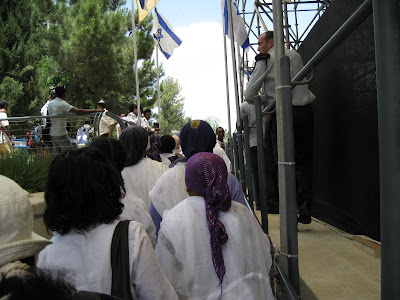 As we filed out through a narrow passage, I with the Ethiopian women, my imagination had a few seconds to pretend we were trudging through Sudan together.
Would I have been strong and brave and determined enough to do what they did?
.
Posted by Dina at 8:33 PM