.
Oi veh, I knew it had to come sooner or later.
This month they started chopping up the desert to add a new neighborhood to Meitar.
(Meitar is a planned community, begun in 1984, and it expands according to plan.) 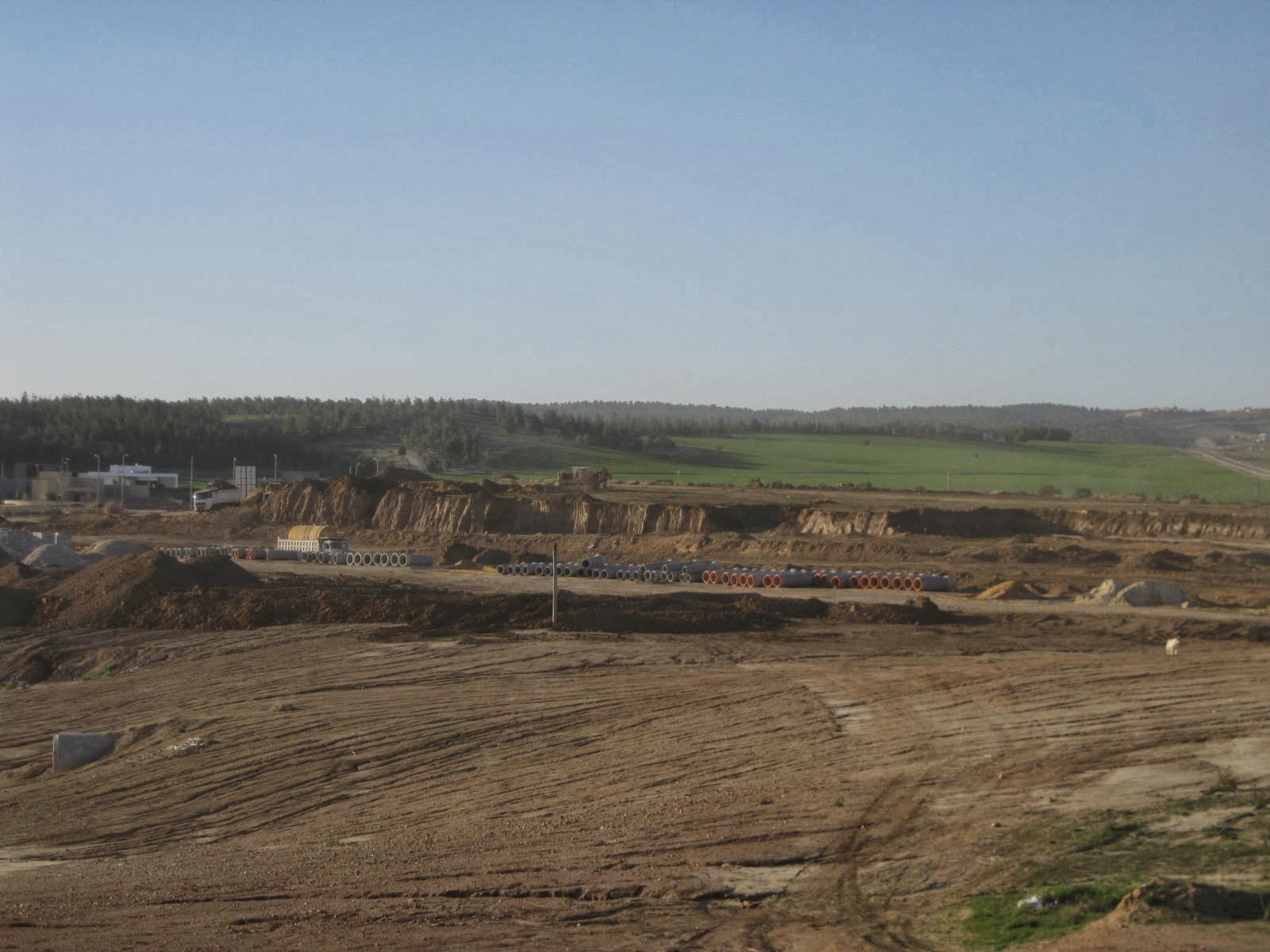 Enlarge the photo; see all those sections of pipe just waiting to become underground infrastructure? 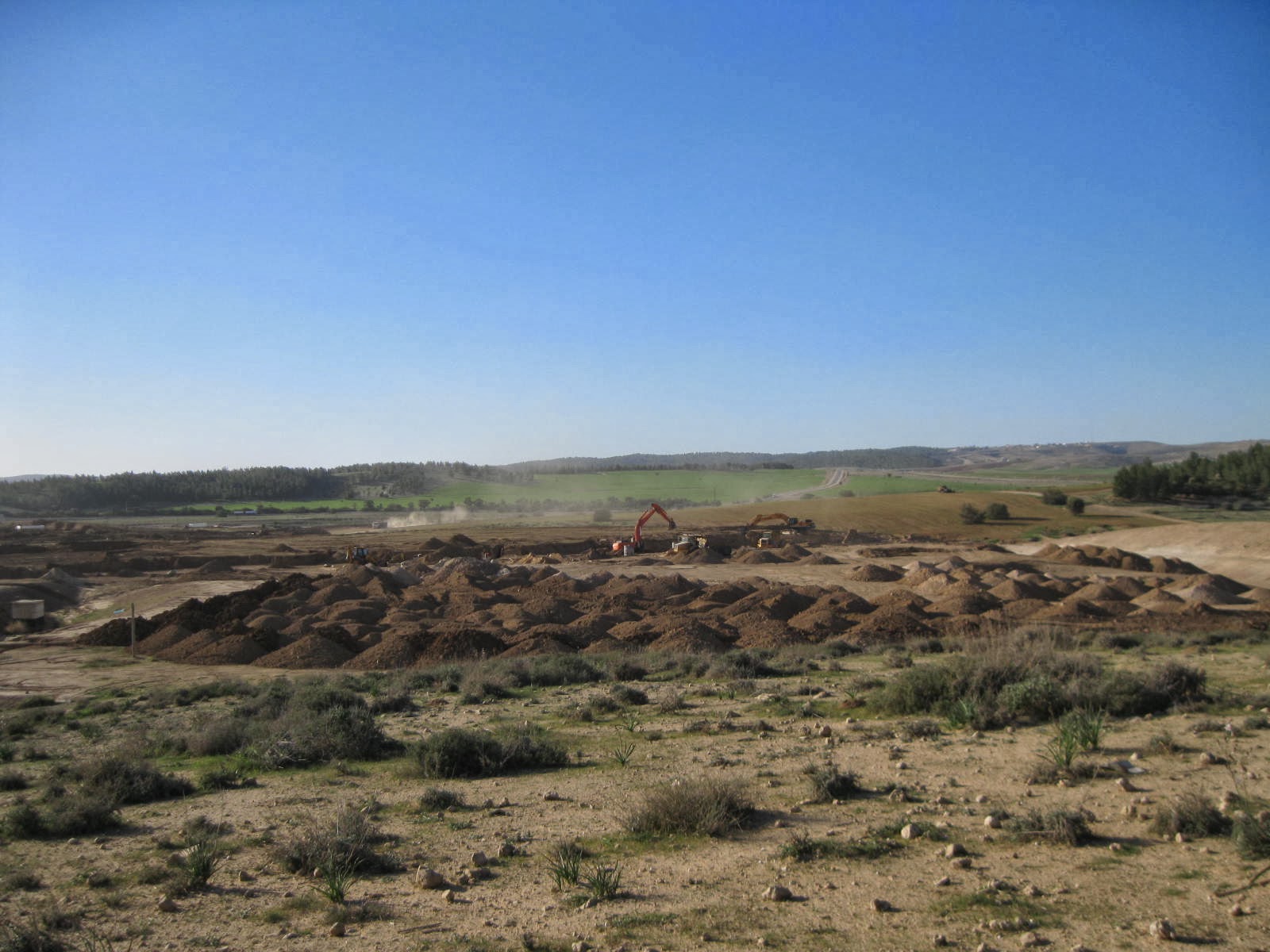 Dust is flying as the diggers dig and the dump trucks dump. 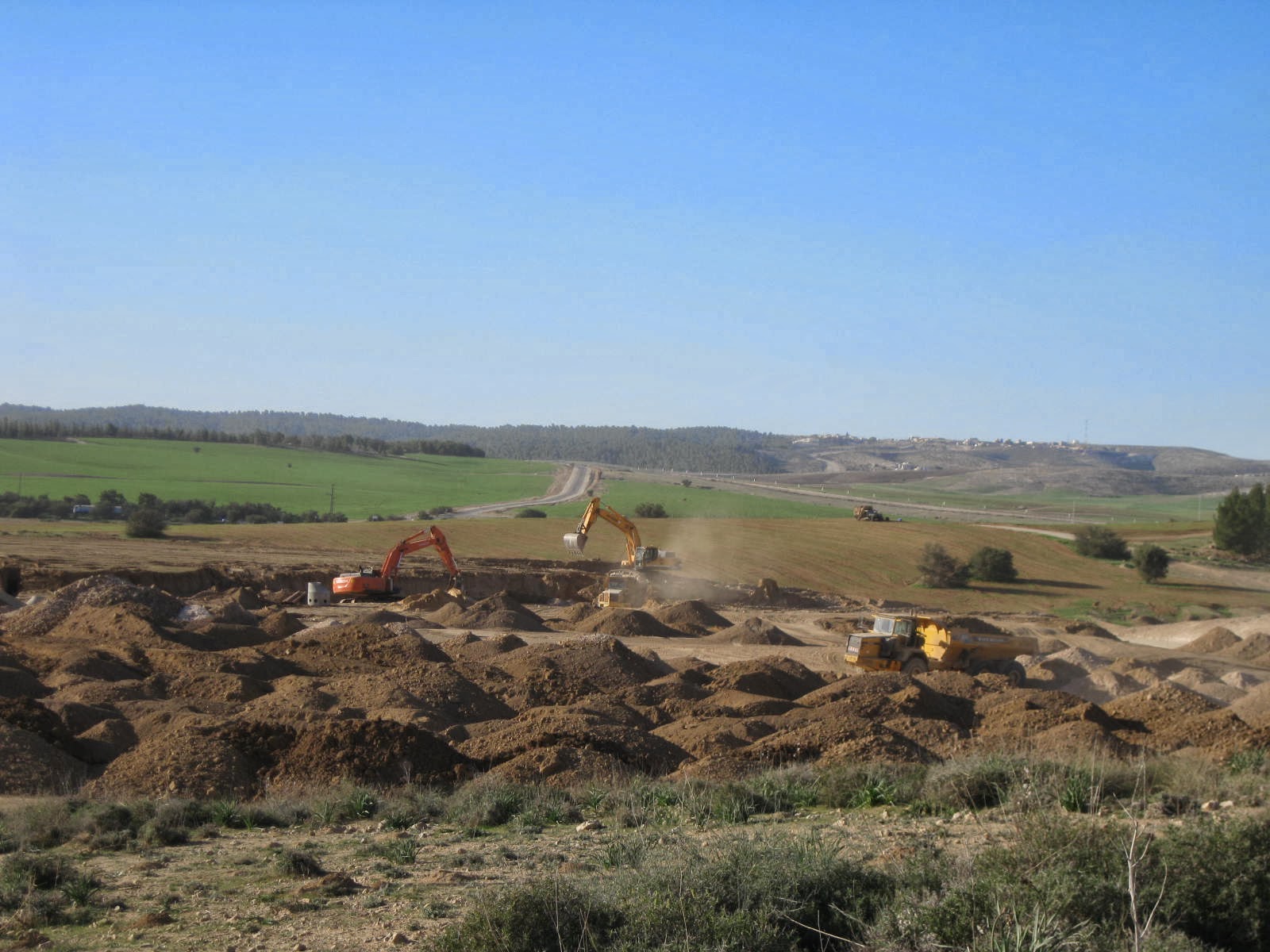 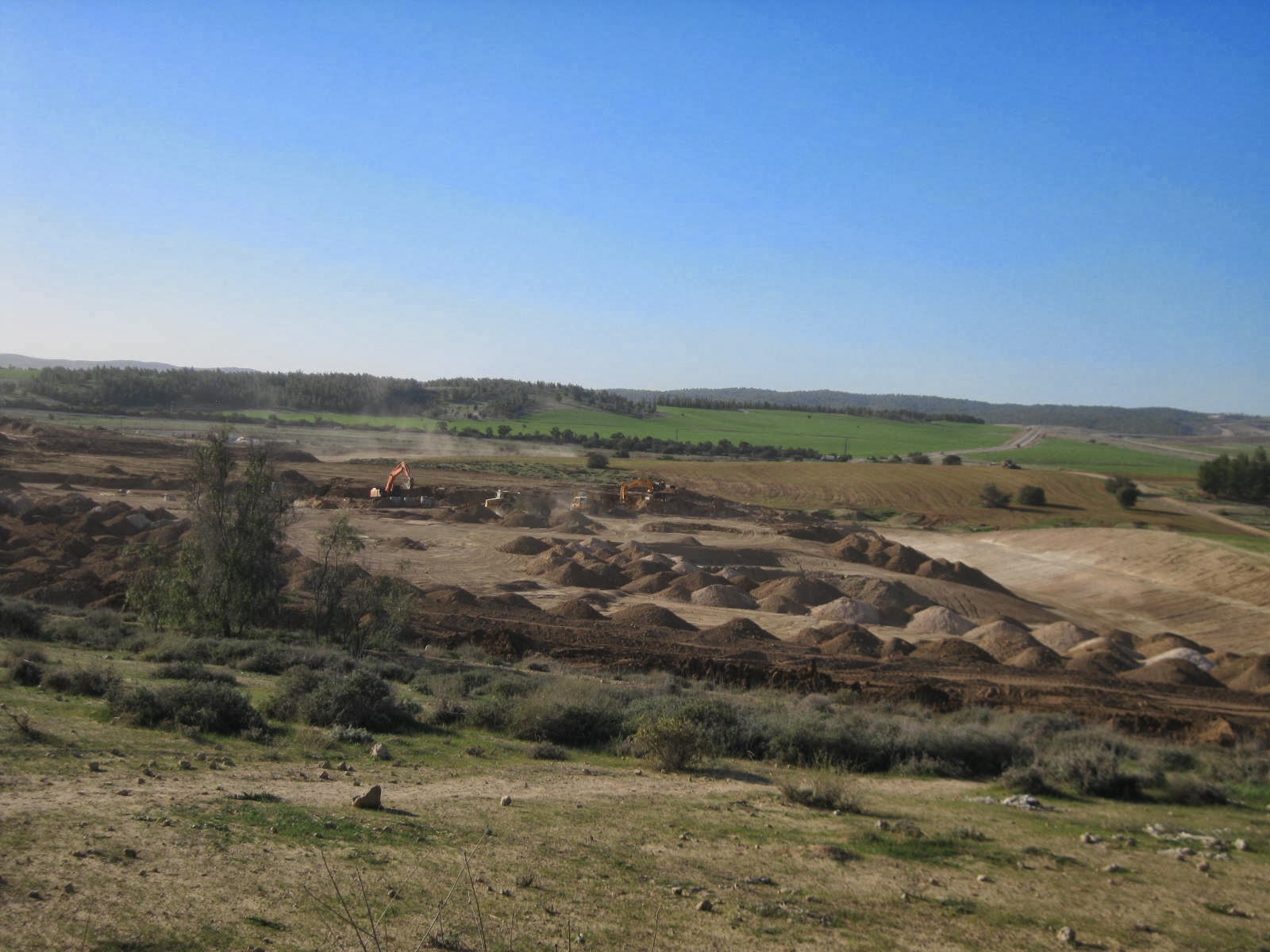 The new piles look like a field of giant molehills made by some giant burrowing mole.
Kind of unreal. 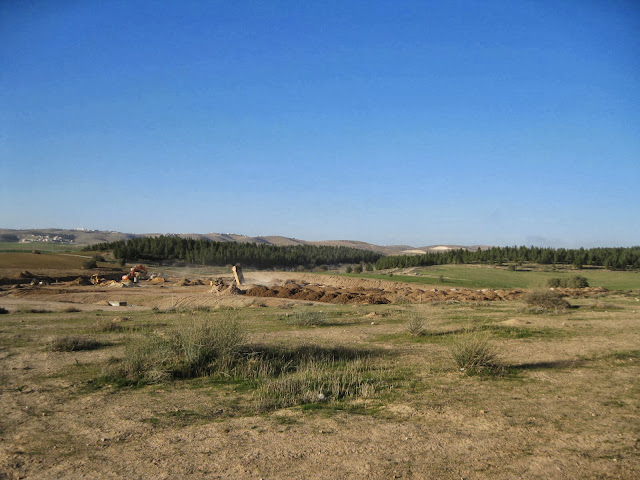