.
Today marks 100 years since the outbreak of World War I.

Many do not realize that thousands, many thousands, of young Commonwealth soldiers who were killed in that war are buried in Israel.
The Commonwealth War Graves Commission maintains four cemeteries in our region.

One is in Ramleh, not far from Ben Gurion Airport.
Recently I posted about the British Cemetery in Beer Sheva  here and also about the yearly  Australian Light Horse commemoration.
Please see ANZAC Day for my posts about the World War I cemetery in Jerusalem. 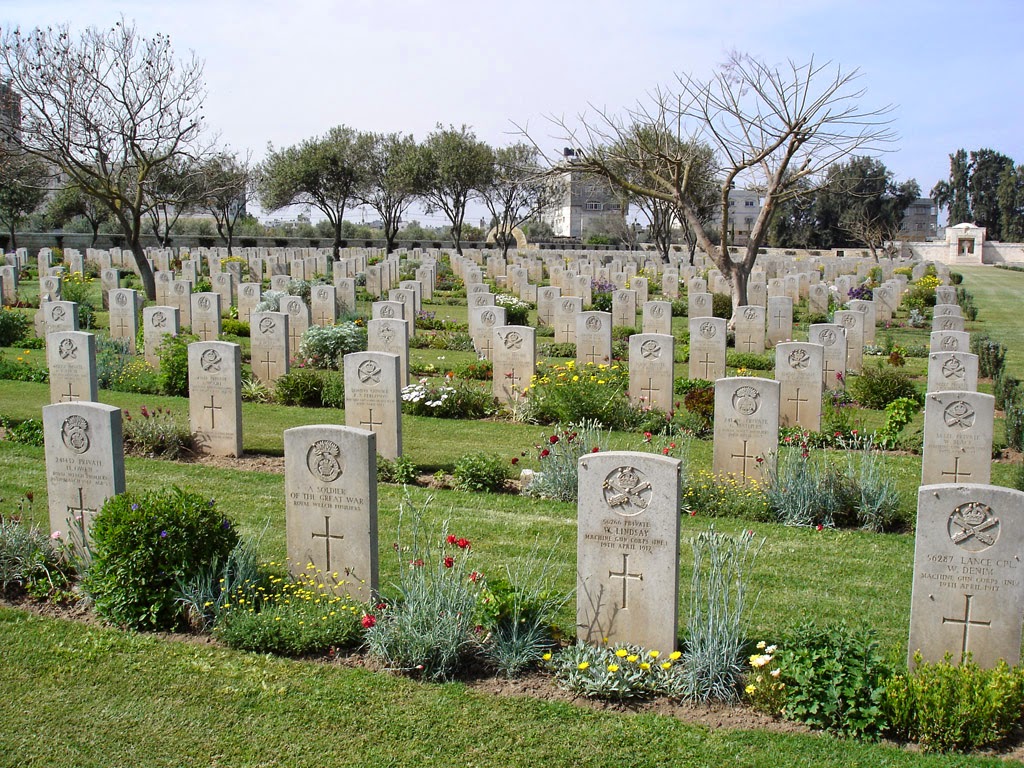 But the fourth cemetery is one I will never be able to visit.
It is in Deir al-Balah in central Gaza.
So here are two photos from the Commonwealth War Graves Commission website, on the Find A Cemetery page. 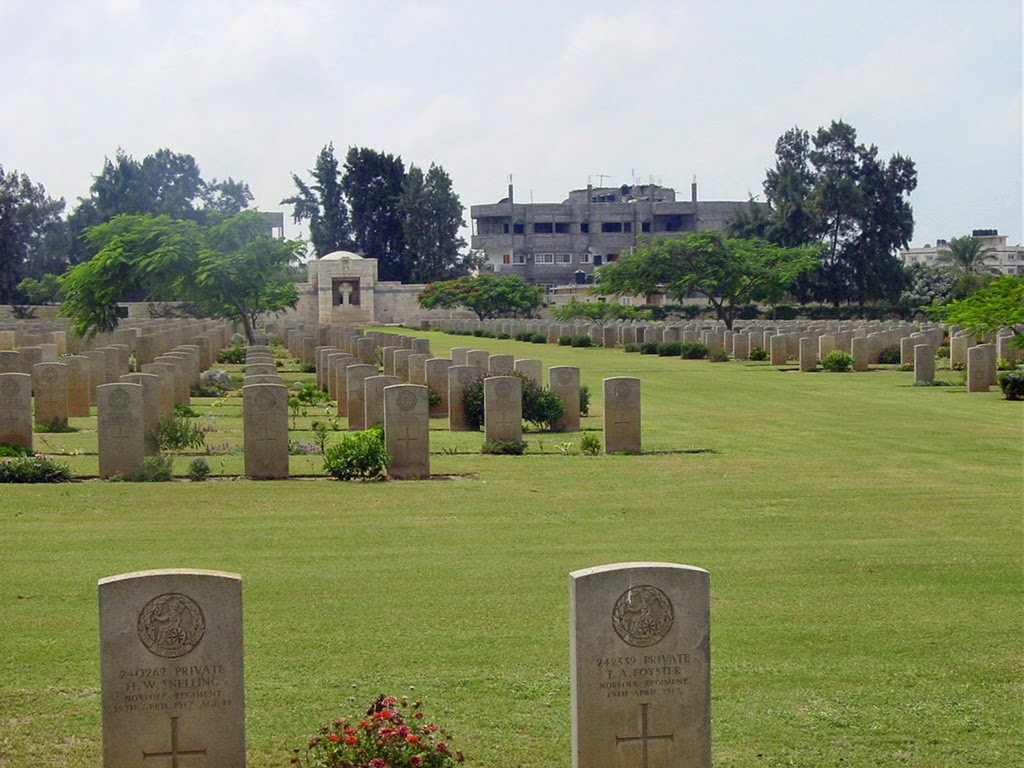 The CWGC gives this:

Gaza was bombarded by French warships in April 1915.
At the end of March 1917, it was attacked and surrounded by the Egyptian Expeditionary Force in the First Battle of Gaza, but the attack was broken off when Turkish reinforcements appeared.
The Second Battle of Gaza, 17-19 April, left the Turks in possession and the Third Battle of Gaza, begun on 27 October, ended with the capture of the ruined and deserted city on 7 November 1917.
Casualty Clearing Stations arrived later that month and General and Stationary hospitals in 1918.

Some of the earliest burials were made by the troops that captured the city. About two-thirds of the total were brought into the cemetery from the battlefields after the Armistice. The remainder were made by medical units after the Third Battle of Gaza, or, in some cases, represent reburials from the battlefields by the troops who captured the city. Of the British Soldiers, the great majority belong to the 52nd (Lowland), the 53rd (Welsh), the 54th (East Anglian) and the 74th (Yeomanry) Divisions.