Fish jump up the waterfall to spawn!

Watch my little video and see many big fish attempting to jump up the waterfall!
The exciting phenomenon happens for just a few days every year (although some say it happens two times in a year).
I got to see it in late November! 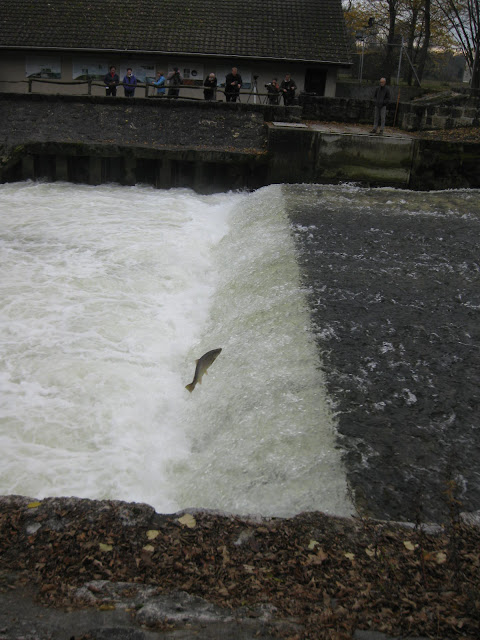 Swiss people come and line both banks of the River Areuse to watch.
They shout their encouragement or their congratulations when one of the fish succeeds. 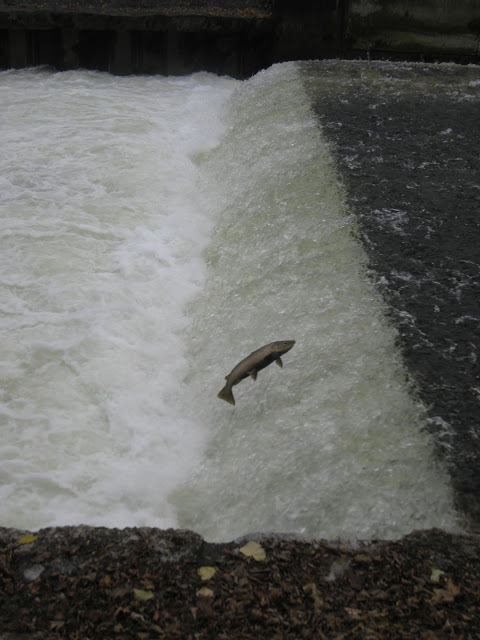 The big Lake Neuchatel is just downstream.
The fish swim upstream, against the current, to reach distant gravel beds at the river's source.
There they spawn. 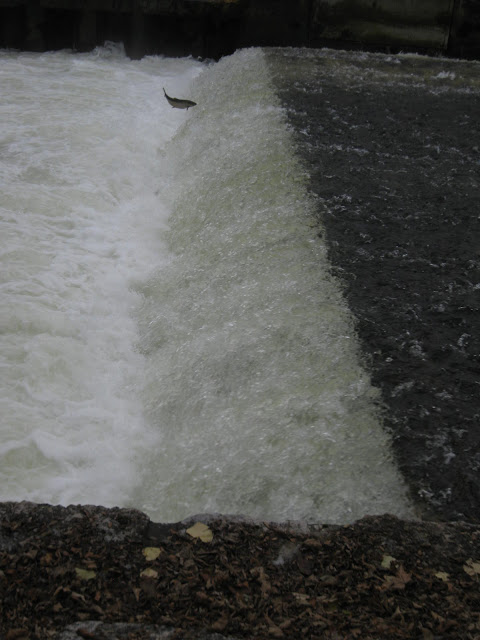 I think these are trout. 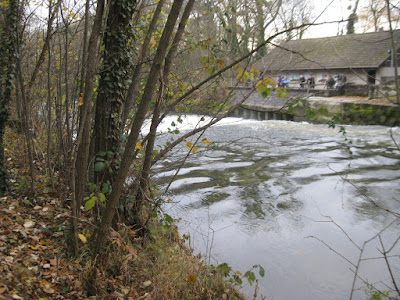 The water gets smoother just after the strong ones get up that waterfall.
The video and pictures were taken in very late afternoon.
Here is a shot of the river in sunlight, taken in the time of colorful foliage a few weeks before the spawning: 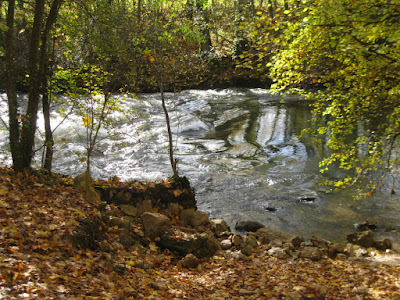