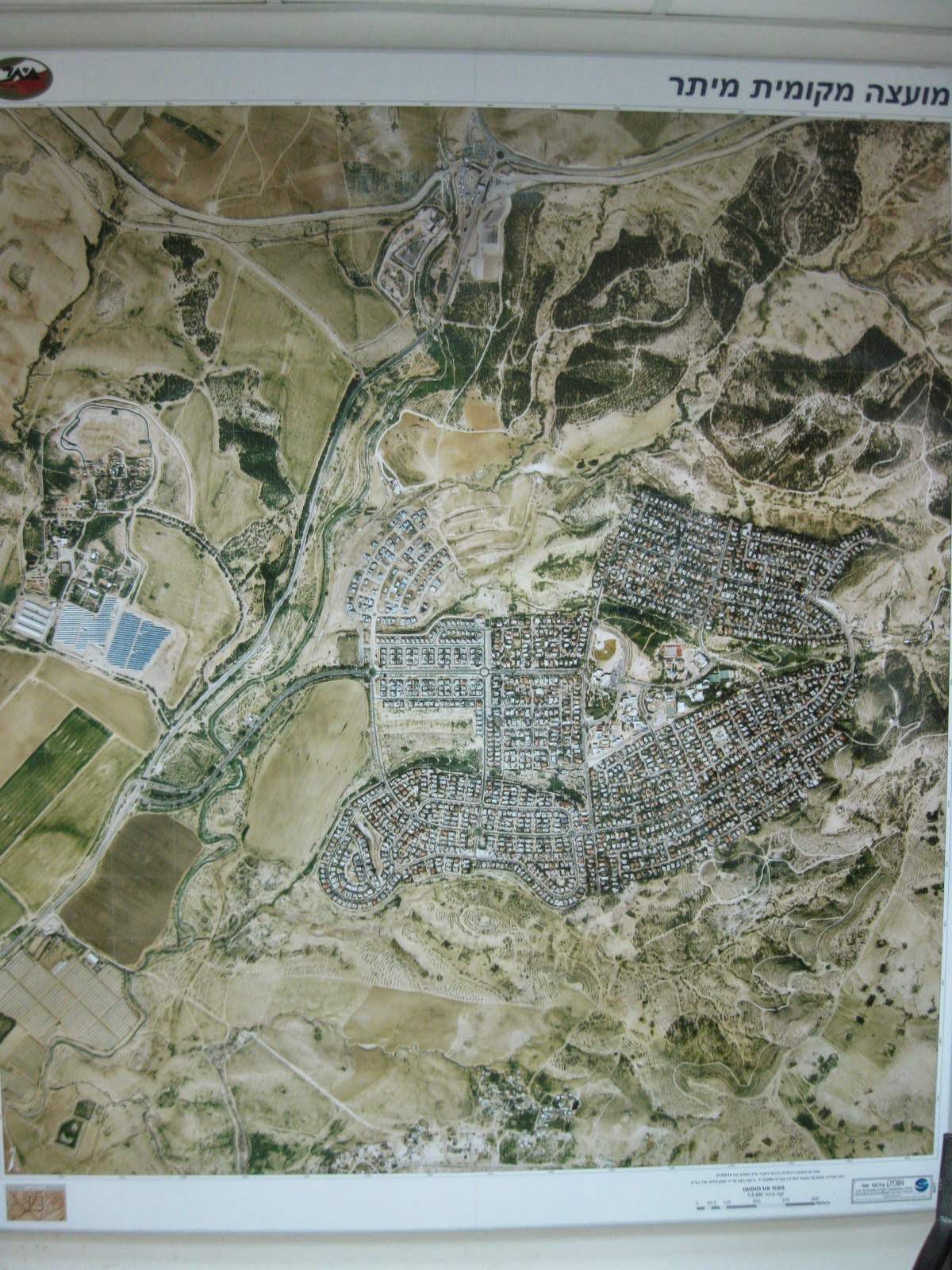 Shalom, welcome to Meitar, my new hometown in the Northern Negev!
I discovered this February 2014 photo on the wall of the Meitar Local Council moked.
Click a few times to enlarge it.

The planned community (yeshuv kehilati) was  begun in 1984.
Neighborhoods were added gradually and the 5th (or 6th?) one is currently under construction.
The schools, stores, sports center, and public buildings are in the middle (for me, a 14-minute walk from home).

On our west is Kibbutz Kramim with its big solar field.
To the north is Meitar Forest and the Israel Trail.
The road on top of the photo goes along the border with the West Bank.
The green on the bottom is the edge of the big Bedouin town Hura. 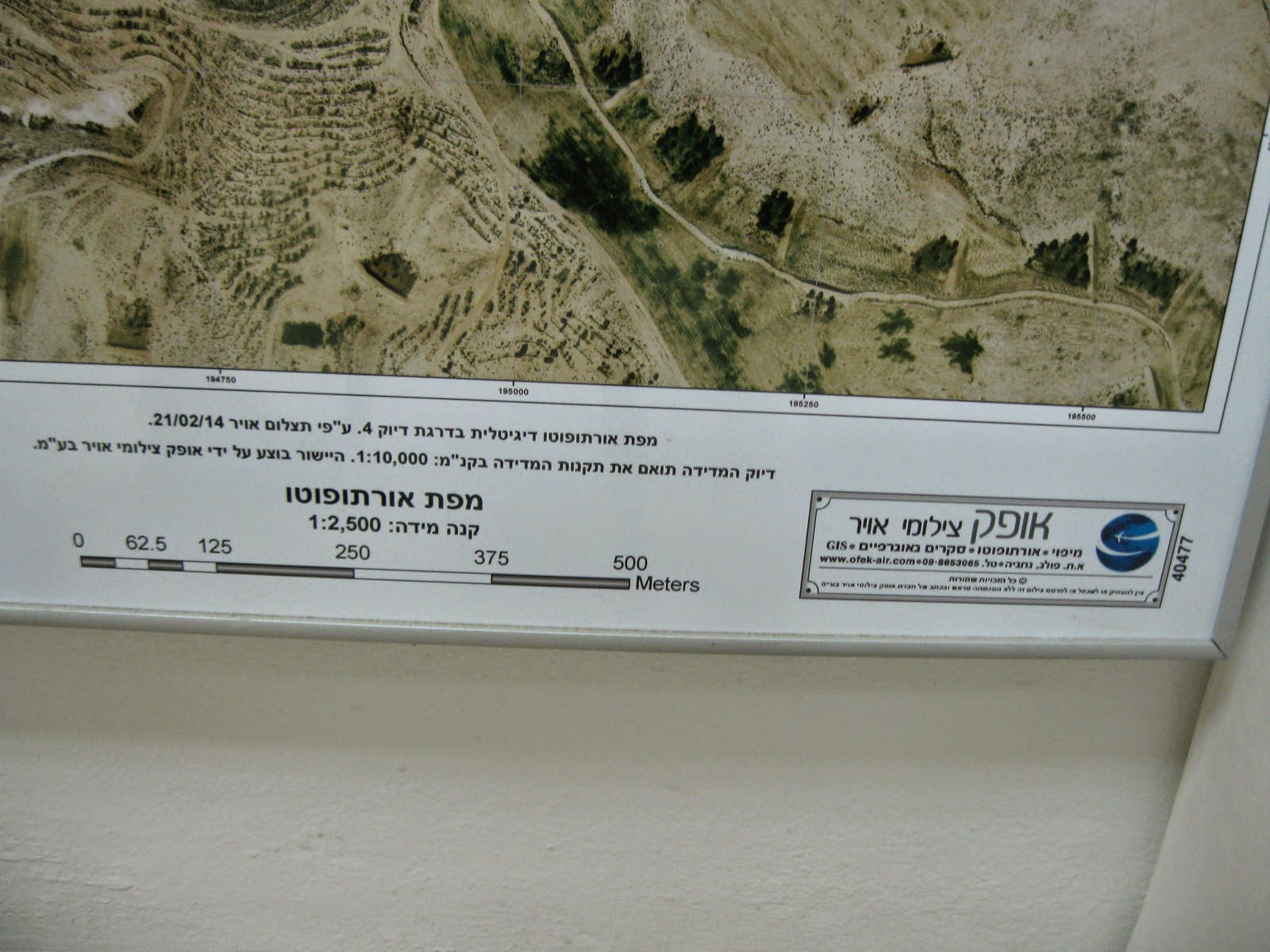 An orthophoto . . .  is an aerial photograph geometrically corrected ("orthorectified") such that the scale is uniform: the photo has the same lack of distortion as a map. Unlike an uncorrected aerial photograph, an orthophotograph can be used to measure true distances, because it is an accurate representation of the Earth's surface, having been adjusted for topographic relief, lens distortion, and camera tilt.

You can enjoy Ofek's panoramic aerial photos of Israel at their gallery.
.
Posted by Dina at 11:04 PM