.
For Y Day at ABC Wednesday I'll serve you up some yummy yogurt cheese.
In Israel we call it by its Arabic name, labaneh. 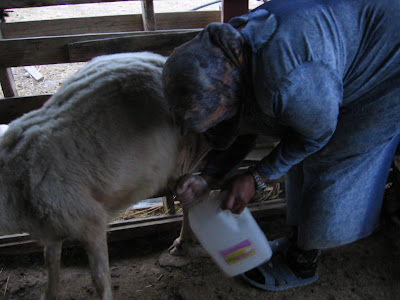 It all begins by milking the ewes early in the morning.
(I got to help milk during my 5-day Arabic course / home hospitality at the Bedouin village of Dirijat in the Negev desert!)
. 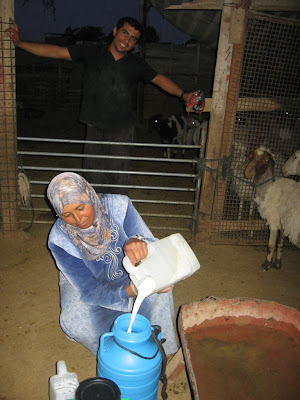 Labaneh is made in quantity only a few months during the year.
I suppose it depends on when the lambing season is.
. 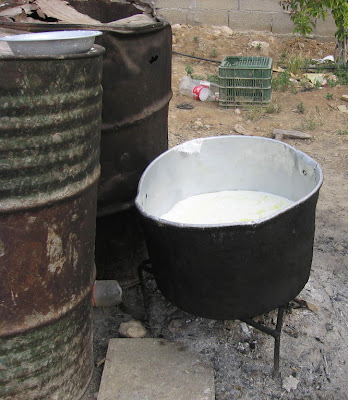 I just happened to wander into a backyard and sighted all the production things.
Unfortunately it was just a few minutes before my ride was leaving back to Jerusalem, so I didn't have time to find out the exact process.
The older women do not speak much Hebrew or English, and my Arabic is still very small.
. 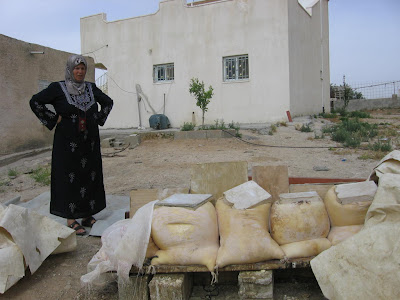 Notice even the bags are made from sheep. 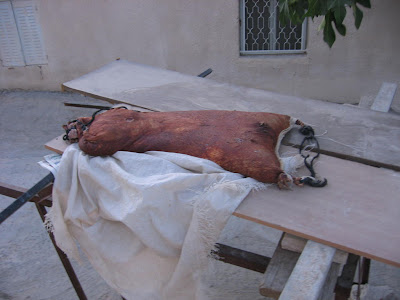 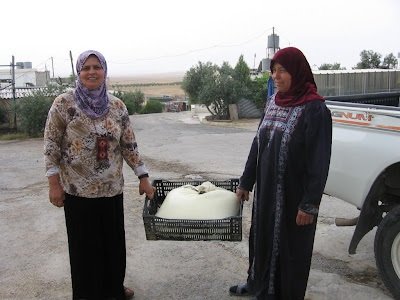 But you can read about strained yogurt / labaneh in Wikipedia.
The women in Dirijat roll some of their labaneh into balls and pack it in glass jars with olive oil and sell it in their visitors center. 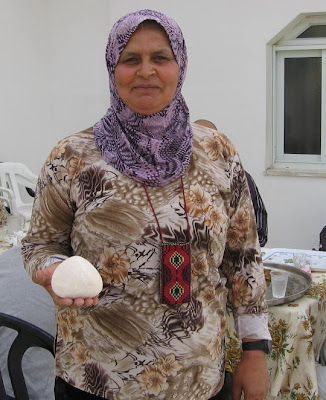 The Bedouin also like to press the strained labaneh in its cheese cloth between two heavy stones and later sun dry it.
It becomes hard and dry, like the ball in the photo, and can be stored for long periods.
.
I hope you all have the chance to dip hot pita or flat bread into cool labaneh, drizzled with olive oil and zaatar!
.
Posted by Dina at 3:54 PM