.
For SkyWatch Friday, the black dome of the heavens above Jerusalem!

The Old City was lit up last week with dozens of dazzling light displays for the 4th International Light Festival. 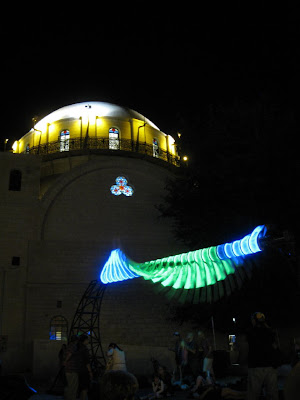 At the foot of the newly rebuilt Hurva Synagogue in the Jewish Quarter--a whirling "Meetings Composition" with its movements triggered by the location of the spectator. 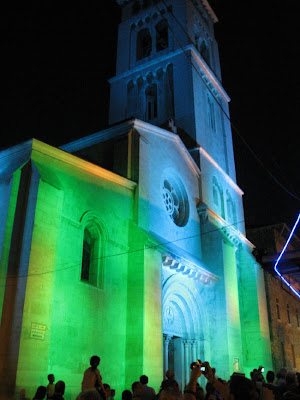 At the Lutheran Church of the Redeemer--dynamic illumination to nice music. 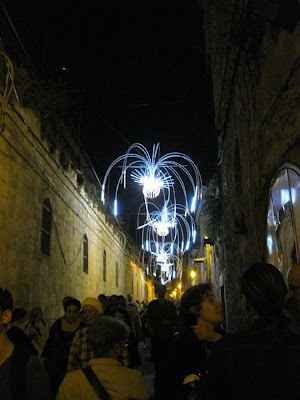 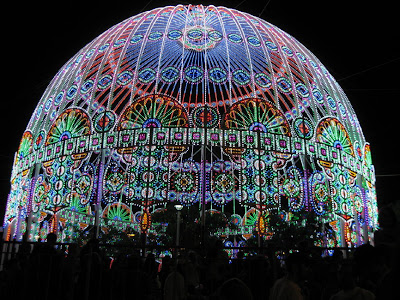 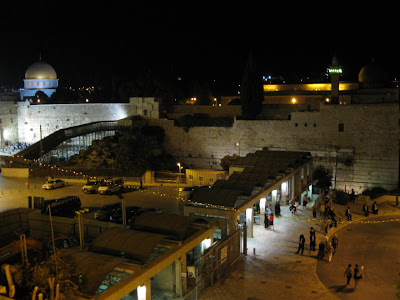 But even with "just" her normal illumination, the Old City is beautiful, so beautiful.
Here, the Western Wall and above it, the Temple Mount with the Muslim Dome of the Rock and el Aksa mosque. 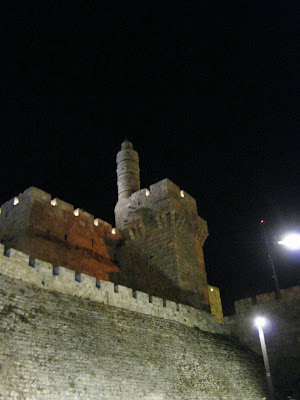 The Citadel or Tower of David. 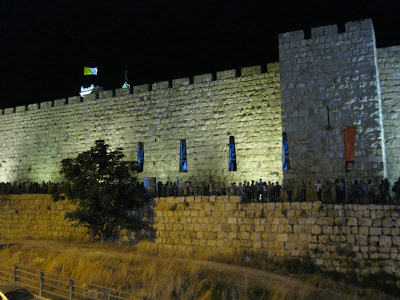 Hundreds of thousands walked along the old city wall and entered by various gates.
Enlarge the photo to see the people.
In the sky above the Latin Patriarchate, a big Vatican flag. 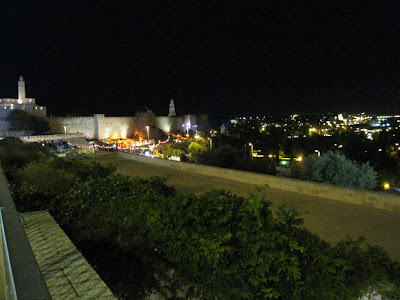 The Old City and the new city.

Pray for the peace of Jerusalem.
.
Posted by Dina at 9:54 PM