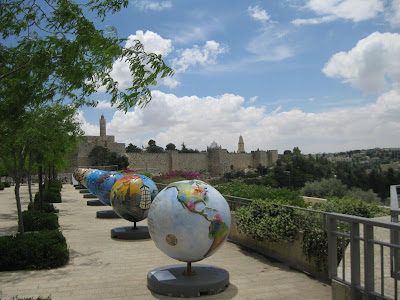 There is something in Jerusalem  I've been wanting to show you  for months now.
ABC Wednesday G day reminded me:
Cool Globes against global warming! 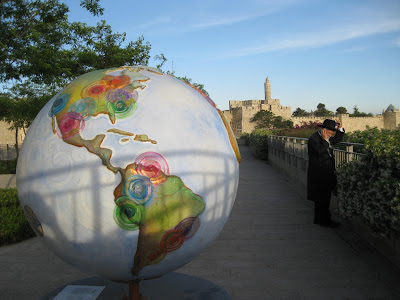 
Cool Globes: Hot Ideas for a Cooler Planet, is a public art exhibition designed to raise awareness of solutions to climate change.

Cool Globes grew out of a commitment at the Clinton Global Initiative in 2005, and was incorporated as a non-profit organization in 2006.  Since that time, Cool Globes premiered in Chicago and went on tour across the country from Washington DC to San Francisco, San Diego, Sundance, Los Angeles, Houston and Cleveland.  In the fall of 2009, Cool Globes opened the first international exhibit in Copenhagen. From there our globes were in Geneva, Marseille, Vancouver, and Amsterdam. It is our hope that the millions of people who have experienced the exhibit, leave with a vast array of solutions to climate change, and with one clear message….we can solve this. 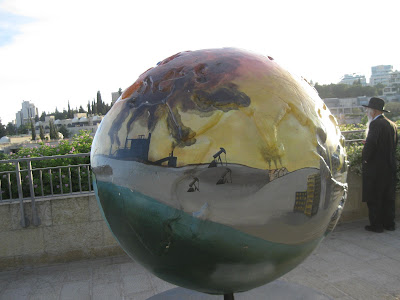 Jerusalem has 18 of the globes on display along the  Alrov-Mamilla Esplanade near  Jaffa Gate. 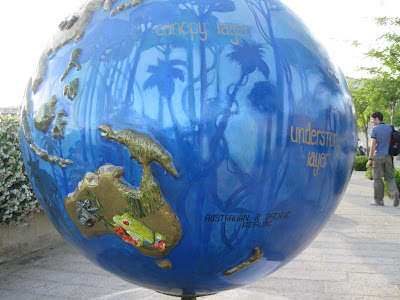 Here are a few of my favorites. 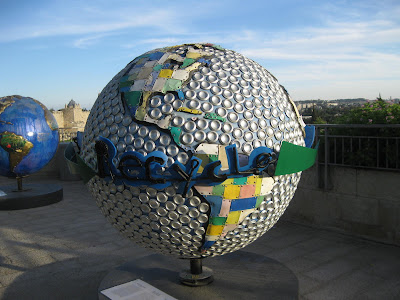 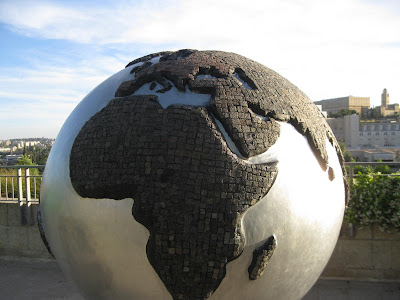 This one is "Solar Power" by Alice Sharie Relevski. 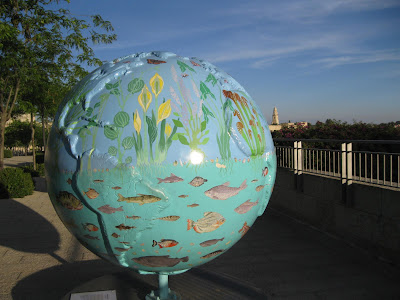 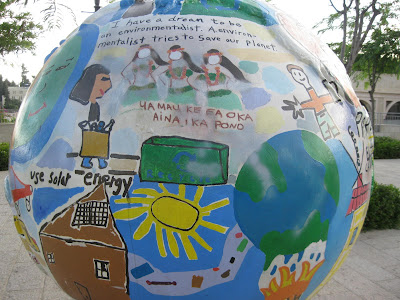 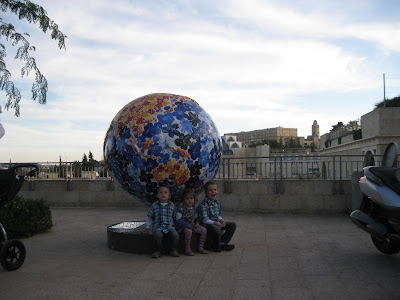 These sweet little religious kids were posing for their parents to take a photo.
They look like they have the world on their shoulders.

All the photos above can be enlarged 2x with a few clicks.

When the exhibit ends at the end of the summer the globes will be donated for permanent installation in Israel, with proceeds from sponsorship going to educational programming on climate change and the environment in Israel.
.
Posted by Dina at 11:10 PM