.
Many photos today, but I want you to feel as if you were with me at Jerusalem's ANZAC Day Commemoration Service this morning. 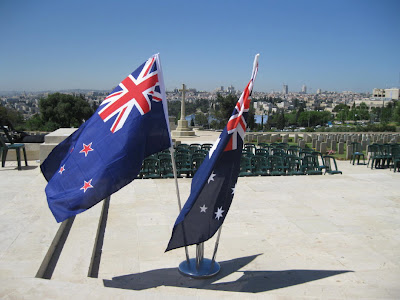 But this year the 25th is also the date of Israel's Day of Remembrance for fallen soldiers and victims of terror, so ANZAC Day was commemorated today instead of tomorrow. 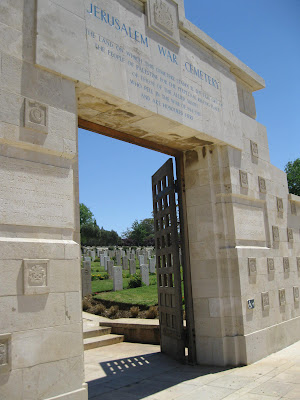 It is one of many many cemeteries around the world for which the Commonwealth War Graves Commission is responsible. 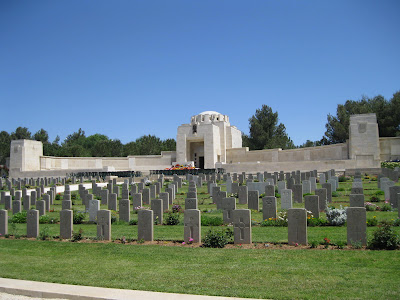 In the Jerusalem War Cemetery are 2,515 Commonwealth burials of the First World War, 100 of them unidentified.
.
On the wall on the sides of the chapel are engraved the names of 3,366 Commonwealth servicemen who fought and died in Egypt and Palestine during the Great War and who have no known grave. 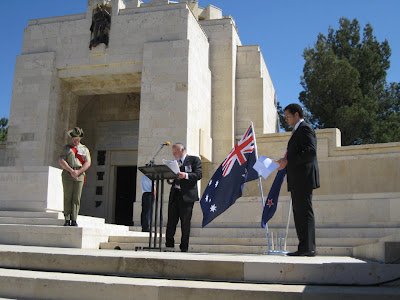 At today's ceremony Rabbi Dr. Raymond Apple, a former chaplain and the rabbi emeritus of Sydney's Great Synagogue, read the 23rd Psalm.
To see his medals please enlarge the photo. 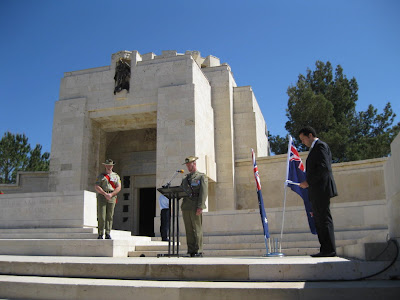 In Flanders fields the poppies blow
Between the crosses, row on row
. . . 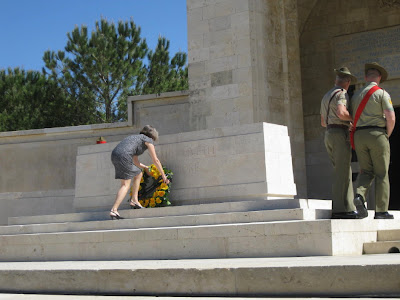 As H.E. the Ambassador laid the first wreath, one normally strong and motionless-standing-at-attention member of the catafalque party began flexing his limbs and was led away . . . 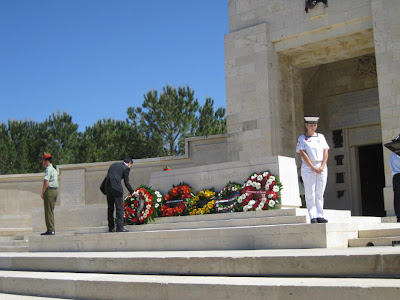 . . . to be replaced by a nice sailor girl, as a Turk laid another wreath. 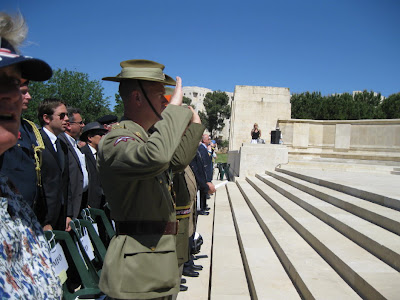 The Last Post on the bugle, silence, and The Rouse followed the reading of the "Ode to the Fallen"

They shall not grow old, as we that are left grow old:
Age shall not weary them, not the years condemn.
At the going down of the sun and in the morning
We will remember them. 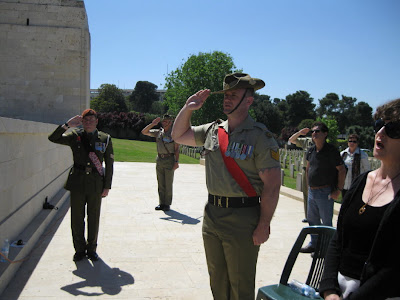 The national anthems of Australia and New Zealand and a benediction prayer ended the moving ceremony. 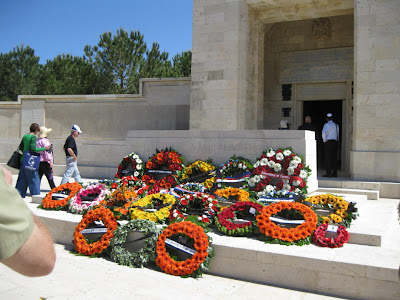 Many groups and institutions had come up to the catafalque to place their wreath. 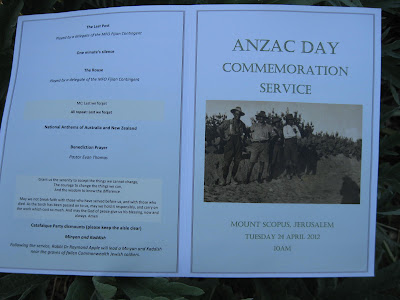 This year's program featured an old photo of diggers standing in the sand near a row of sabras.
The Ambassador said the one who took the World War I snapshot had written just "Pals" on the back and that this was the beginning time of the Aussie spirit of mateship. 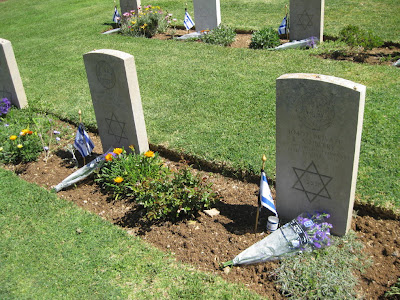 After the official ceremony, Rabbi Apple led many of us over to the 24 Jewish graves for Kaddish and a Psalm.
A second rabbi sang El Malei Rachamim.
All were surprised to find that fresh flowers, a memorial candle, and a black-ribbon-draped Israel flag had been placed at each Jewish grave. 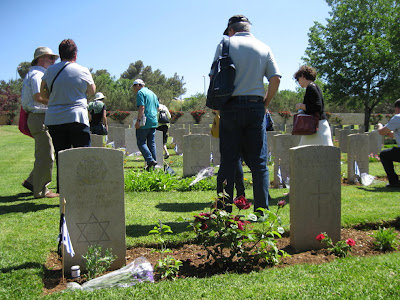 People visited each Jewish grave, read the names, and some put a little stone on the marker in respect. 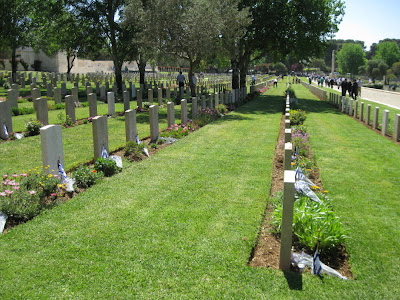 Then we all walked to the far side of the big and beautiful cemetery to come together near tables of refreshments. 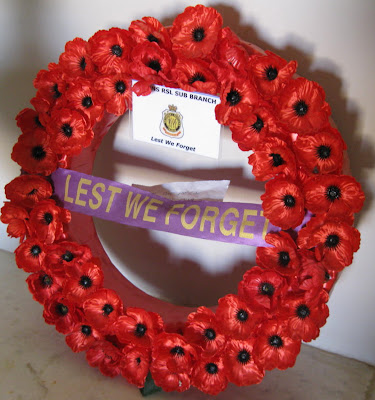 I went back to visit the empty chapel and found this wreath from previous years.
The message stays the same.
.
.
For more about the Jerusalem War Cemetery and for previous ANZAC Days, please see my earlier posts here.
.
This post is dedicated to the Sydney-based cemetery meme Taphophile Tragics.
.
Posted by Dina at 5:24 PM