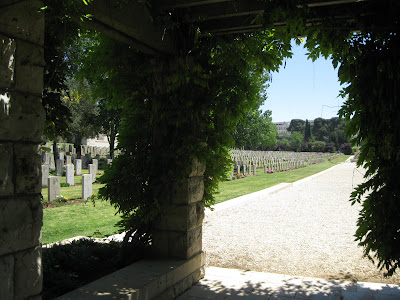 So many Commonwealth soldiers died in the battles to push the Ottoman Turks out of Eretz Israel (then known as Palestine) during World War I.
There are British military cemeteries in Gaza, Beersheva, Ramla, and Haifa, and several in Jerusalem. 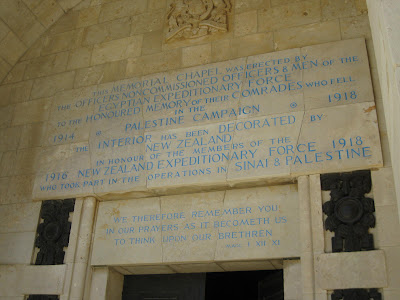 In yesterday's post we saw the Australian Memorial just outside the gate of the Jerusalem War Cemetery.
.
At the opposite end of the central avenue of the lovingly cared-for cemetery is a chapel.
Its interior is dedicated to the soldiers of the New Zealand Expeditionary Force who fell in Sinai and Palestine, 1916-1918.
. 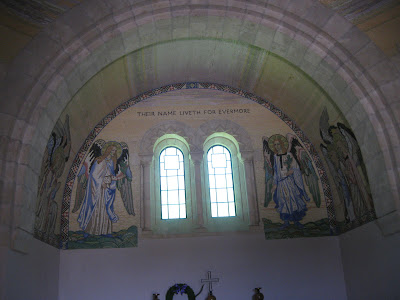 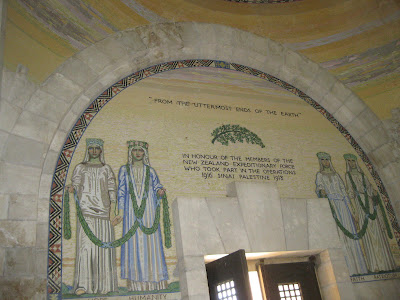 "From the uttermost ends of the earth" indeed! 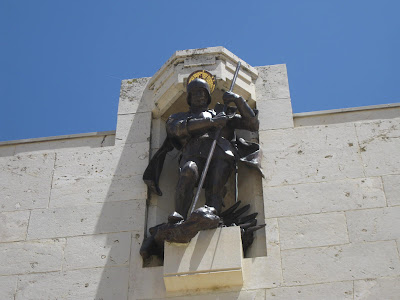 Above the lintel is St. George slaying a dragon. 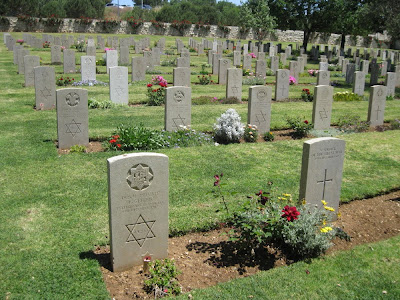 The graves of 24 Jewish soldiers are grouped more or less together.
. 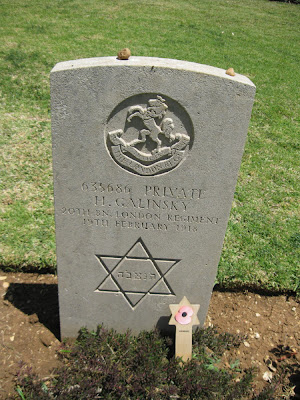 This tombstone was the only one of the cemetery's 2,515 tombstones on which visitors had put a pebble, the Jewish custom for paying respects.
The Jewish graves had little wooden star of David markers with the symbolic Australian poppy on them.
.
Rabbi Raymond Apple, rabbi emeritus of the Great Synagogue of Sydney, was at the ANZAC Day ceremony yesterday to read appropriate prayers and Psalms.
(I believe he made aliyah to Israel in 2006, following his retirement.)
. 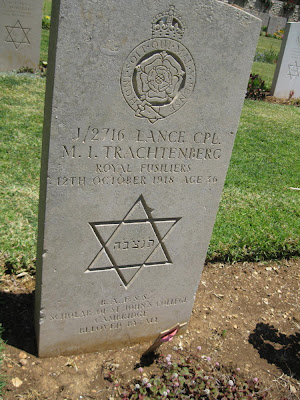 I like what this family had chosen to inscribe on the stone of Lance Corporal M.I. Trachtenberg, age 36:
"Scholar of St. John's College, Cambridge. Beloved by all."
.
For That's My World , this week my heart has been much with the Australian world.
On the joyous extreme--the birth of an Australian granddaughter named Libby (meaning "my heart" in Hebrew) in Sydney, and on the solemn side--the commemoration of ANZAC Day in Jerusalem.
.
Posted by Dina at 5:29 PM