.
T.S. Eliot and I wrote about Epiphany last Sunday .
But today, January 6, is the day Christians in Israel celebrate the feast day.
. 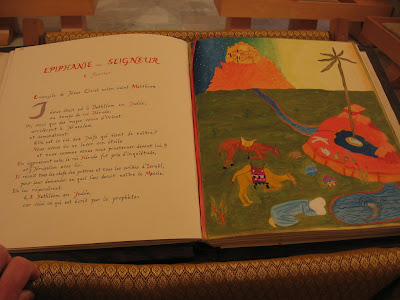 The beautiful book from which the Bible readings are chanted was hand-written and painted by the French-speaking monastics of the Monastère de la Résurrection. 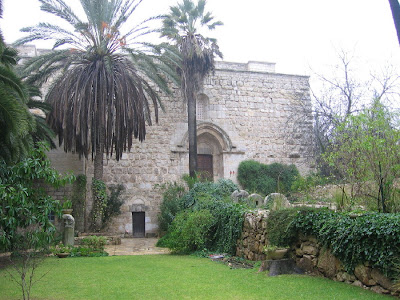 The church was built by the Crusaders in the 12th century.
It stands next to the mosque in the Israeli Arab village of Abu Ghosh. 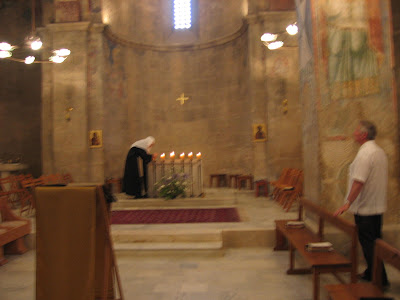 The acoustics are heavenly. You can hear the Benedictine nuns and monks singing in this short video on YouTube. 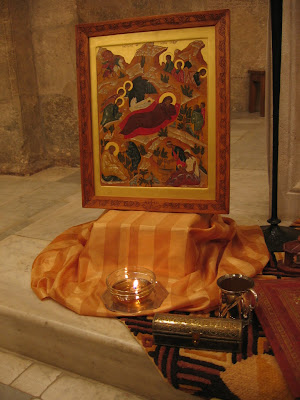 "Gifts from the Magi" perhaps, near the icon of the nativity.
. 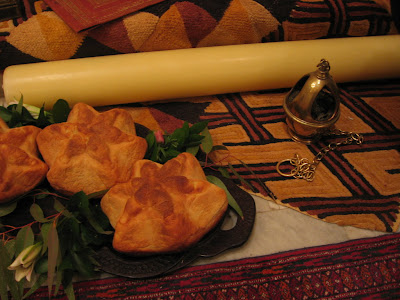 Traditional bread for this day is among the gifts. 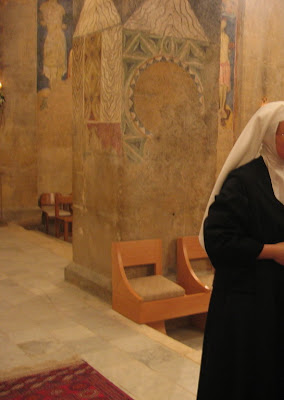 Fragments of frescoes from 12th century Crusader times adorn the walls.
See more of them in a short experimental video by an art student. 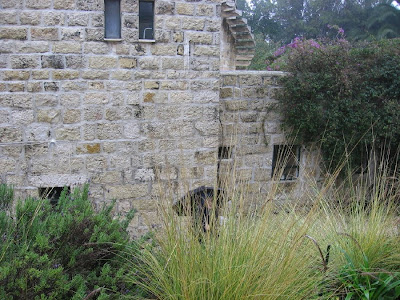 (Enlarge to enjoy the winding suspended stairs.)
A Sister in the rain near the monastic enclosure. This is a more modern building, separate from the old Crusader church.
.
The Olivetan Benedictines have a double monastery; the men's and the women's monasteries are within the same walled compound, and each has its own superior.
.
(These photos are from Epiphany 2007 but I imagine--and hope--that not much has changed since then.)
.
Posted by Dina at 7:06 PM