For Epiphany: "Journey of the Magi"

.
In many countries the January 6th Feast of Epiphany or Three Kings' Day was celebrated today, this being the Sunday closest to the holiday.
The events are recorded only in the Gospel of Matthew, in chapter 2:

". . .behold, wise men from the East came to Jerusalem . . . .
and lo, the star which they had seen in the East went before them, till it came to rest over the place where the child was." 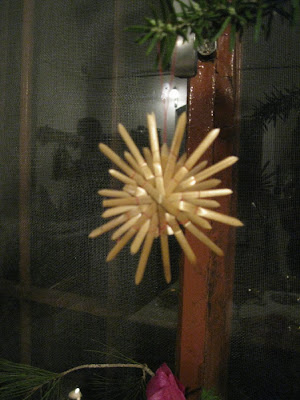 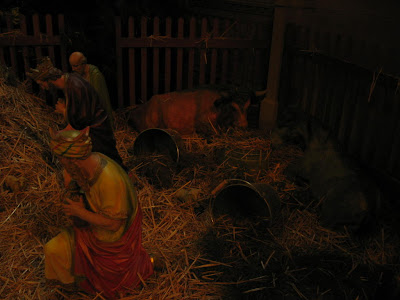 "And going into the house they saw the child with Mary his mother, and they fell down and worshiped him." 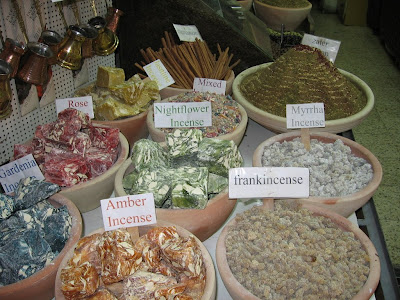 "They offered him gifts, gold and frankincense and myrrh.
And being warned in a dream not to return to Herod, they departed to their own country by another way."
.
Various traditions later added that the men were magi, that there were three either kings or magi, and that they came on camels.

I think these days we know mostly the romanticized creches showing royally-dressed clean kings at the manger. But I prefer the poet's telling of it. If you have time and patience, read the strong words of his rougher version: 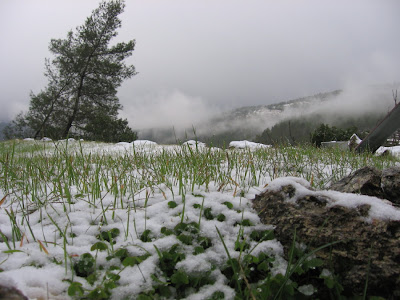 UPDATE: Hear the poet himself read his poem here.

JOURNEY OF THE MAGI
by T.S. Eliot
-----------------------------
A cold coming we had of it,
Just the worst time of the year
For a journey, and such a long journey:
The ways deep and the weather sharp,
The very dead of winter.'
And the camels galled, sore-footed, refractory,
Lying down in the melting snow.
There were times we regretted
The summer palaces on slopes, the terraces,
And the silken girls bringing sherbet. 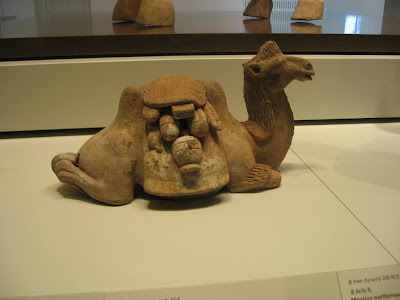 Then the camel men cursing and grumbling
And running away, and wanting their liquor and women,
And the night-fires going out, and the lack of shelters,
And the cities hostile and the towns unfriendly
And the villages dirty and charging high prices:
A hard time we had of it.
At the end we preferred to travel all night,
Sleeping in snatches,
With the voices singing in our ears, saying
That this was all folly. 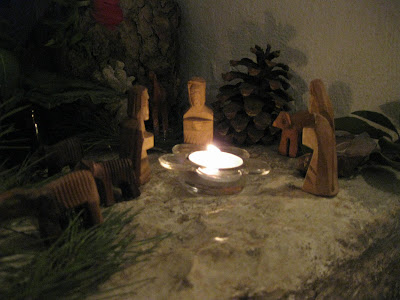 Then at dawn we came down to a temperate valley,
Wet, below the snow line, smelling of vegetation;
With a running stream and a water-mill beating the darkness,
And three trees on the low sky,
And an old white horse galloped away in the meadow.
Then we came to a tavern with vine-leaves over the lintel,
Six hands at an open door dicing for pieces of silver,
And feet kicking the empty wine-skins.
But there was no information, and so we continued
And arrived at evening, not a moment too soon
Finding the place; it was (you may say) satisfactory.

All this was a long time ago, I remember,
And I would do it again, but set down
This set down
This: were we led all that way for Birth or Death?
There was a Birth, certainly,
We had evidence and no doubt.
I had seen birth and death,
But had thought they were different; this Birth was
Hard and bitter agony for us, like Death, our death.
We returned to our places, these Kingdoms,
But no longer at ease here, in the old dispensation,
With an alien people clutching their gods.
I should be glad of another death.
.
Posted by Dina at 6:43 PM