A monastery full of animals 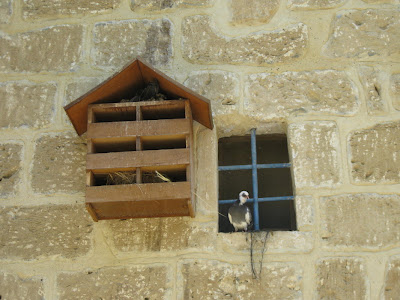 This particular monastery does not have a problem with pigeons; in fact they raise pigeons.
And goats too.
They have some camels and donkeys, as well; oh, and aviaries and a talking parrot.

In short, a good place to find photos for Camera Critters meme. 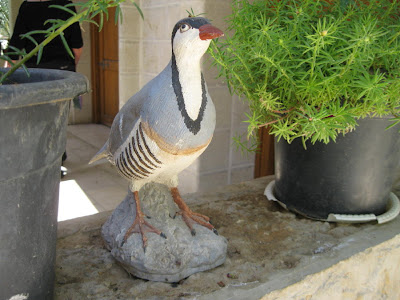 The Book of Joshua 18:19-21 says " Now the cities of the tribe of the children of Benjamin according to their families were Jericho, and Beth-hoglah, and . . . " 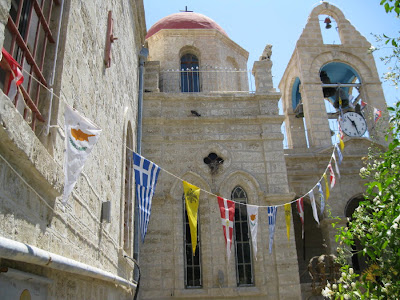 The very old monastery is in the desert near Jericho. 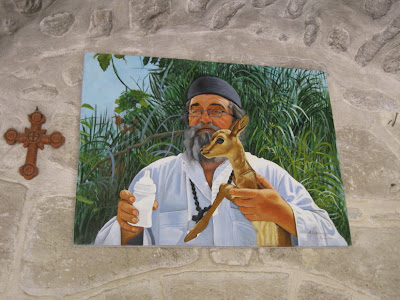 Greek Orthodox Archimandrite Chrysostomos has been abbot of the monastery for some 30 years.
His hard work and vision have turned the place into a beautiful oasis.
The kind monk is known as a holy man and pilgrims come from near and far to seek his blessing. 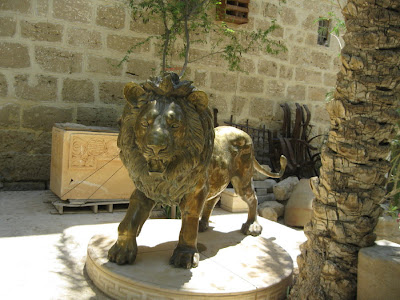 But why a full sized lion in the courtyard (and a lion on many of the icons)?

He is Yarden, or Jordanes, who became the faithful pet of St. Gerasimus after the monk saved him from injury.
But that story will come soon in a post of its own.
.
I think it is unusual for a monastery to have more animals than people.
At last count there were six monks and five novices, plus some volunteers mostly from Greece and Cyprus.

I wish I could live there as a volunteer for a time. It is a very special place.
.
Posted by Dina at 8:33 PM