The Day of Remembrance

The siren sounded at 8:00 p.m. In the moment of heavy silence we began another Yom Hazikaron, Remembrance Day for Israel's Fallen Soldiers and Victims of Enemy Actions. 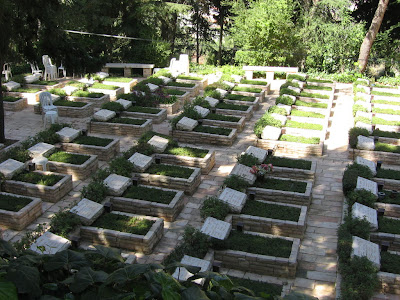 Since 1860, when the first Jews began establishing neighborhoods outside the Jerusalem city walls, 22,570 men and women have been killed in defense of the Land of Israel.
.
Death, loss, bereavement--this all too often is our world.
Today and every day we thank and remember those who died that our country may live.
.
That's My World Tuesday bloggers can be visited here.
Posted by Dina at 9:26 PM