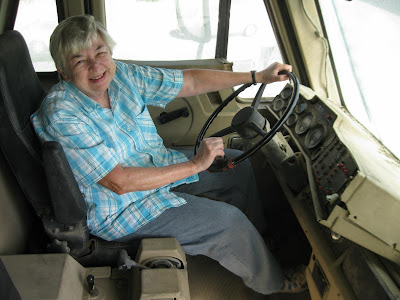 Woohoo, I got to climb up a huge ladder and play in a HUGE truck!
What a fun day that was in Ramla! 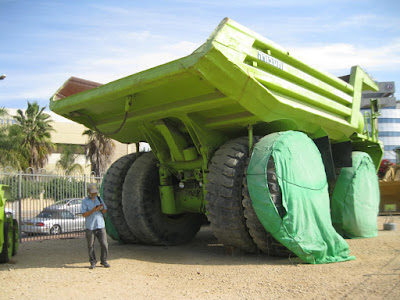 Look at the size of that thing!
Standing under it is Dani, the man responsible for Kibbutz Gezer Olives.
On our day off, Dani took us volunteers and WWOOFers on a tour of the city of Ramla, including this new museum for old vehicles. 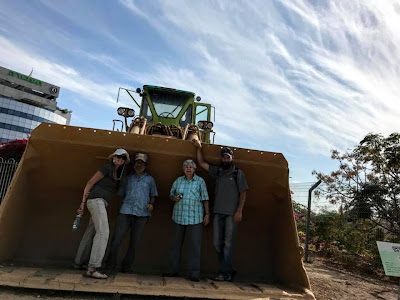 There are lots more posts about our olive harvesting adventures last autumn.

For June 1 theme day, City Daily Photos bloggers are posting on the subject ME.
It's a rare chance to see photos of the photographers themselves.  Take a look!
.
Posted by Dina at 10:52 PM 17 comments: 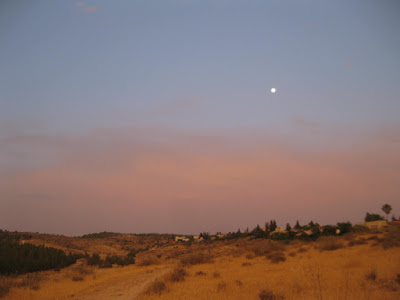 The light and colors were beautiful when I went walking just outside of town tonight between 7 and 8 pm!
I had the whole desert all to myself. 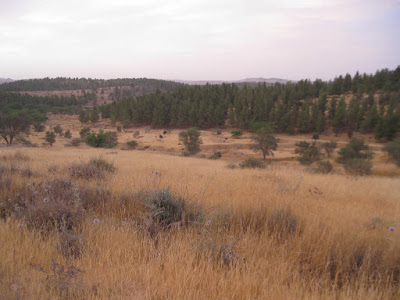 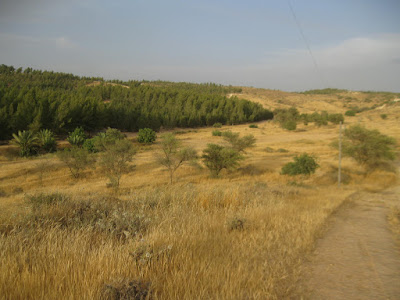 The dry season is beginning and all the green grasses have turned golden. 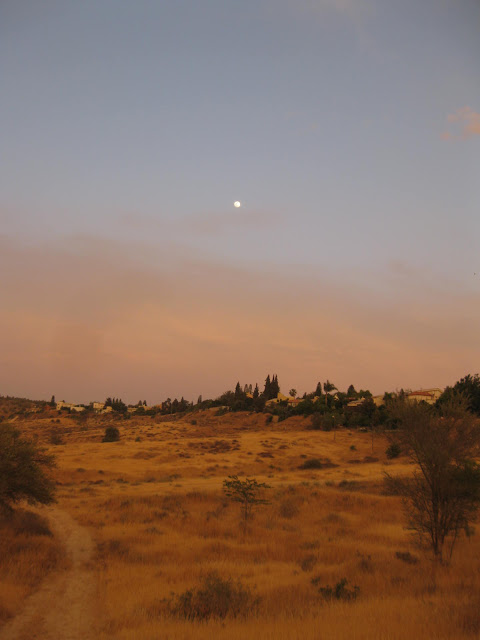 In the east -- moonrise over Meitar. 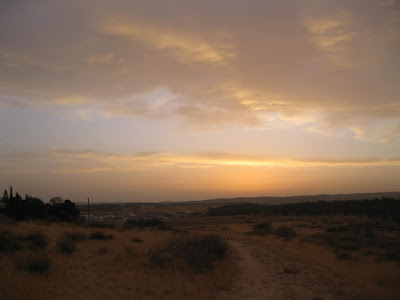 Meitar Night Run is on! 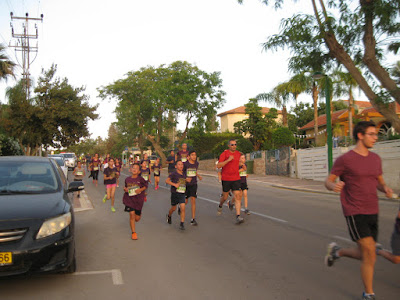 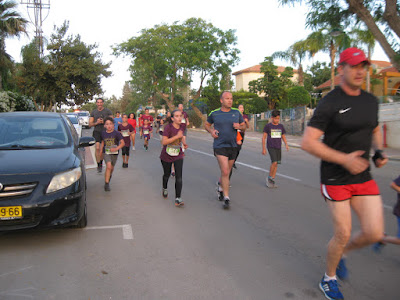 You can choose either 5K or 10K.
I always choose to stand still and take pictures.  :) 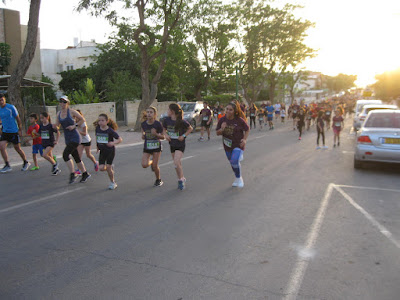 Just as the sun was setting the younger runners ran up and then back down my street. 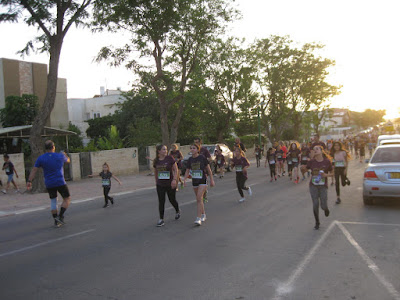 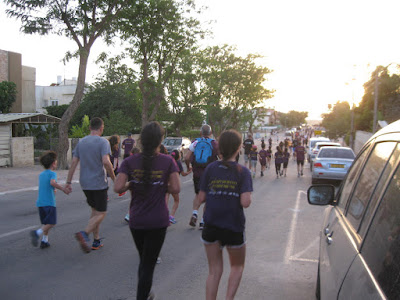 Here's a brief video so you can hear the fun:


On this cool map you can click the arrow and see the route that goes all around our little town:
https://www.plotaroute.com/route/610820
And you can play around with the map and see where Meitar is, down here in the Negev desert.
.
Posted by Dina at 8:01 PM 6 comments:

.
Something told me, late last night,  to post my turtle pictures.
And today I wake up to discover that today is WORLD TURTLE DAY!! 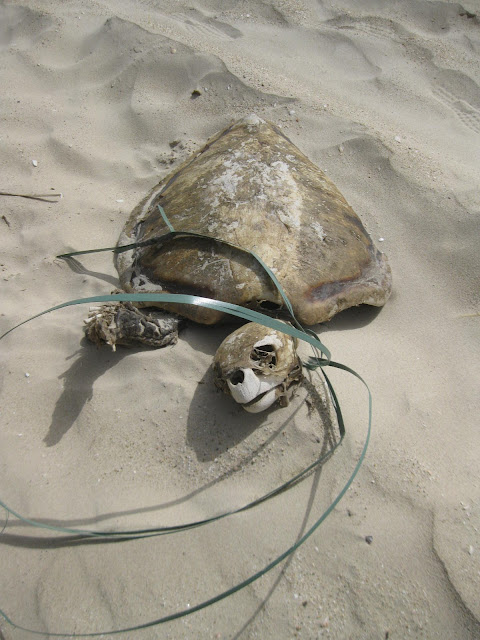 It is now turtle egg laying season along Israel's Mediterranean coast, but sadly, this sea turtle didn't make it. 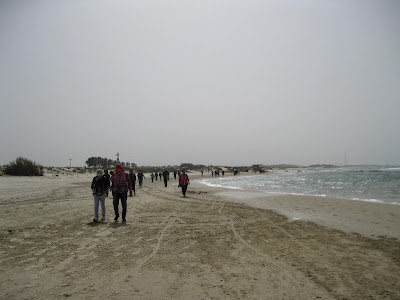 My town's touring group visited here in March and we saw three dead ones. 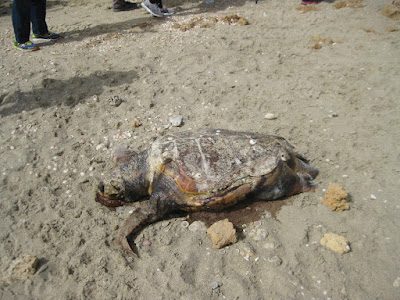 Each year about 300 sea turtles are washed up onto Israeli beaches after being harmed by marine waste, fishing nets, hooks, boat motors, etc. 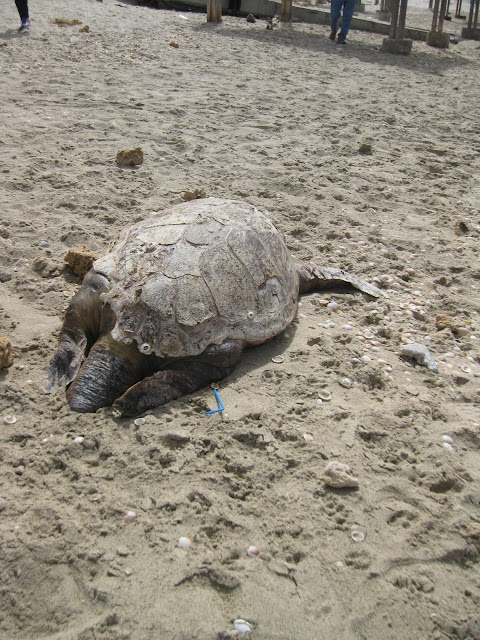 Now, during the spring and summer laying season many volunteers and park rangers come to the beaches to assist and protect the endangered sea turtles when they come ashore and later, when the hatchlings hatch from the eggs.

The Israel Sea Turtle Rescue Center does good work.
You can see their videos and photos on Facebook at  המרכז להצלת צבי הים . 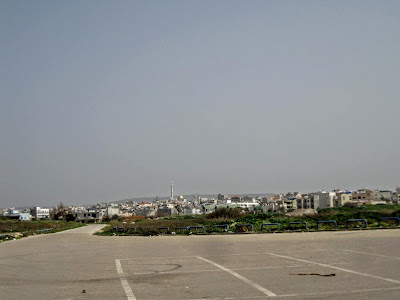 When the coast was less built up, less urbanized, the females would swim ashore, lay their eggs in a sandy nest, and immediately return to the water by following the moon's reflected light on the sea.
But the beach we visited is close to the big Arab town of Jisr az-Zarqa.
The turtles now often get confused and turn instead toward the light of the town and lose their way.
That's why volunteers are needed.
.
UPDATE May 23:
See also photos, video, and info about Israel's turtle rehab center:
https://www.israel21c.org/nursing-sea-turtles-back-to-health/

And more information from this good article:


Under cover of darkness in May and June, female sea turtles make their way from the waters of Israel’s Mediterranean beaches to the seashore, where they dig nests and lay dozens of eggs. In August, the hatchlings start cracking their way out of their shells, and begin a perilous trek to the relative safety of the water.

Israel is home to loggerhead, leatherback, green and softshell turtles – all endangered due to decades of hunting, pollution, manmade dangers and habitat disturbances caused by human activity. The newly laid eggs and the hatchlings are quite vulnerable to predators and the hot sun. Left on their own, only a few survive.
Since the mid-1980s, the Israel Nature and Parks Authority has been sending out rangers and volunteers in the summer months to move nests to protected beach reserves or incubation farms.

(Linking to Camera-Critters,  ABC Wednesday and Our World Tuesday.)
.
Posted by Dina at 11:36 PM 13 comments:

A banner for Ramadan 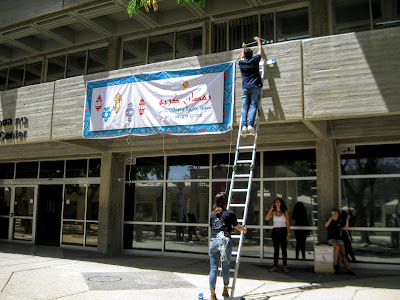 I came just at the right moment today to witness four Jewish students putting up a banner that says in Arabic
HAVE A GENEROUS RAMADAN, ACCEPTABLE FASTING, AND A DELICIOUS IFTAR
And the Hebrew parts says
tsom kal -- HAVE AN EASY FAST.  RAMADAN KAREEM 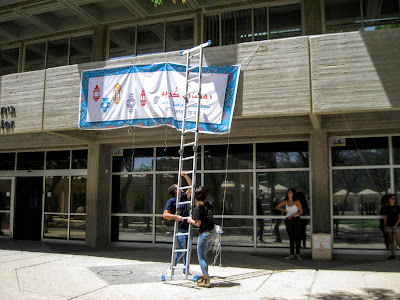 At the Student Union building, Beit HaStudent, at Beer Sheva's Ben-Gurion University of the Negev.

The month of Ramadan begins today.
Unfortunately for the Muslims this whole next week Israel will be suffering a heat wave.
Imagine not being able to drink anything from sunrise to sunset when it is is 41 degrees C.
Kol hakavod, respect, to those who fast.
.
(Linking to Weekend Reflections and signs, signs.)
.
Posted by Dina at 9:46 PM 8 comments: 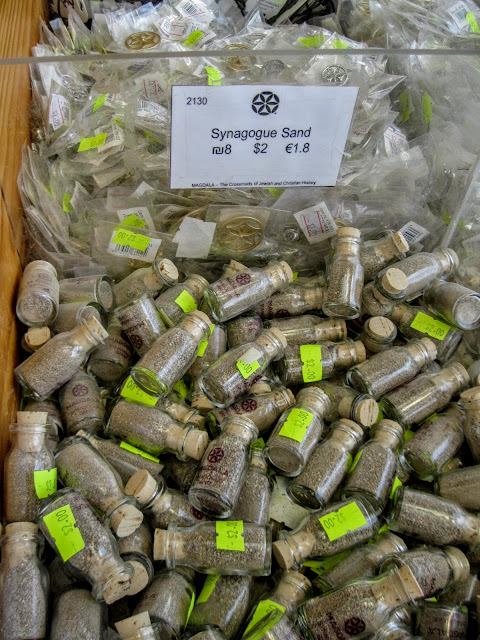 Situation is too complicated for me to blog about, so today let's have a simple post instead. 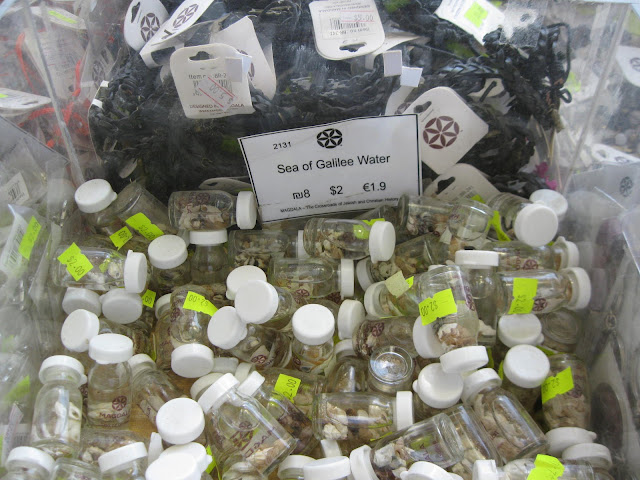 For ABC Wednesday   S is for  tiny bottles of Sea of Galilee water and corked bottles of synagogue sand.
Only 8 shekels.
At the Magdala gift shop for pilgrims and tourists.
.
Posted by Dina at 12:27 AM 12 comments:

Our Golan Heights on high alert 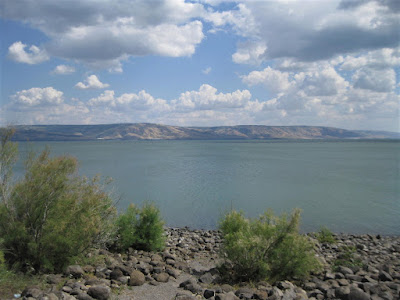 Across the Sea of Galilee, the Israeli Golan Heights rises. 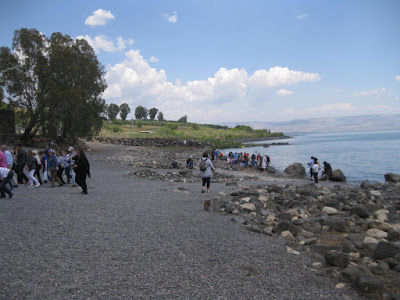 Just a few weeks ago I accompanied two Christian friends from abroad to the holy sites around the lake.
It was peaceful and quiet and the many tourists on the shore were happy. 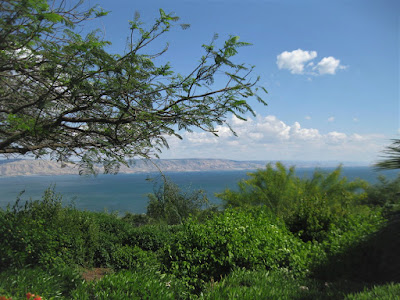 East of the Golan, in Syria, Iran has been building up bases from which to attack Israel.
Their first attack came last night with a salvo of 20 missiles fired toward the Golan.
Needless to say, Israeli responded swiftly. I hope you are following the news.
There are many Israeli online news media sites that have all the details.
A new phase is starting, and it doesn't look good.
.

Our matriarch Sarah's laughter, then and now 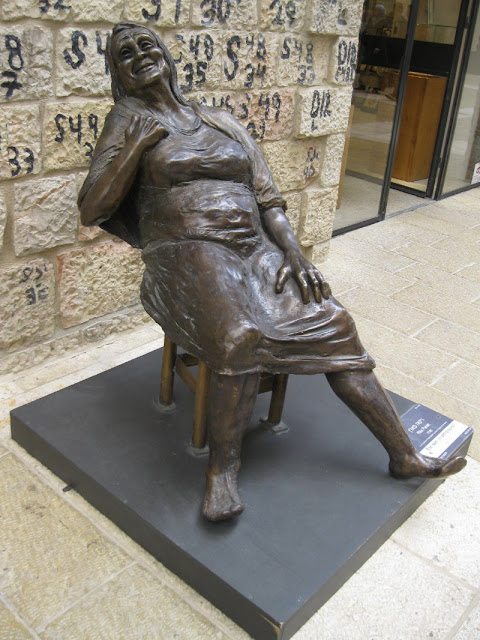 And Sarah said: 'God hath made laughter for me; every one that heareth will laugh on account of me.'

This was said after God had promised the barren Sarah that she and husband Abraham would bear a son in their advanced old age.
I am thinking of this statue, called "Sarah," by Rita Paran, based on that Bible verse, because today our City Daily Photo bloggers group is sharing a Theme Day about LAUGHTER. 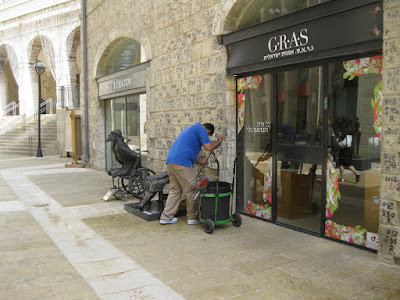 Back in 2011 I was walking very early through the still-closed Mamilla Mall in Jerusalem.
I was shocked to see the cleaning man throw a bucket of water on one of the Bible Stories statues!
But our matriarch Sarah just laughed.
She seemed quite tickled when the cleaner scrubbed her with his broom.
.
(Linking to City Daily Photo,  Our World Tuesday, and Weekend Reflections.)
.
Posted by Dina at 12:23 PM 10 comments: