Dancing in the vineyards in the moonlight 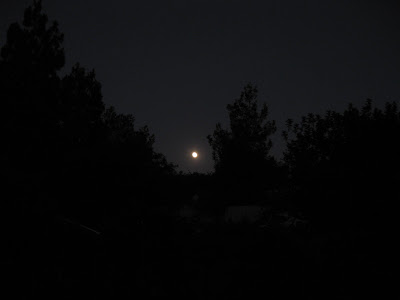 Last night the full moon signaled the beginning of the 15th day of the month of Av.
Originally a post-biblical day of joy, Tu B'Av served as a matchmaking day for unmarried women in the second Temple period. 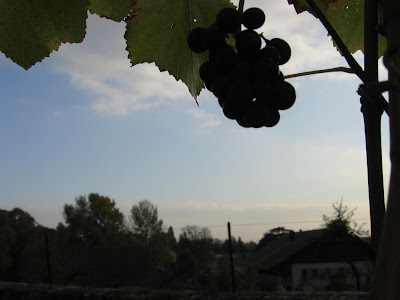 In the glow of a full summer moon, young women, robed in white, would dance in the fields outside the walls of Jerusalem. The men would follow in hopes of finding a bride 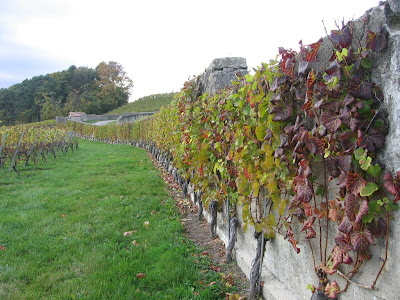 (Modern Israel does have vineyards, but I couldn't find any close to Jerusalem; so permit me to post my pictures from Switzerland instead.)
.
We read in the Talmud, in Tractate Ta'anit:
.
Rabbi Shimon ben Gamliel said "Israel has no days as festive as the 15th of Av and Yom Kippur....," and adds "On these days, the young maidens of Jerusalem would emerge in the streets wearing borrowed white clothing [so as not to embarrass the poor who did not have garments of their own]. They would form a circle (and dance) in the vineyards. What would they say (while they danced)? 'Young man, lift up your eyes and appreciate whom you are selecting (to marry). Don't look at our beauty. Instead, look at the family (from which we descend).' 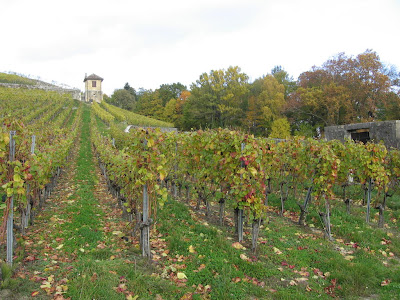 After the fall of Jerusalem in 70 C.E. this minor festival went almost unnoticed for many centuries.
But in the past few decades the non-religious Jews in the State of Israel have brought Tu B'Av back to life as a time to celebrate love and enjoy music festivals. It is even becoming something like the Valentine's Day known to other countries, red roses, gifts and all.
Or at least so they tell me . . .
.
Posted by Dina at 4:43 PM

So very interesting!
Thank you for the history.
Bringing back some of the old ways is always delightful to me.
Beautiful Full Moon shot!
Sherry

Dina-How very interesting. It reminds me of the story in Judges 21, when, after a very sorry story of a war of vengeance against the tribe of Benjamin, in order that the survivors of Benjamin would have wives and the tribe would not die out, the men lay hidden in the vineyards and took of the daughters of Shiloh who danced. (Judges 21:21.The whole story begins at Judges 19:1.)
I wonder if the battle occurred on the 9th of Av...

Dimple, wow, you know your Bible!
The Chabad website http://www.chabad.org/library/article_cdo/aid/717167/jewish/Why-Do-We-Celebrate-the-15th-of-Av.htm states at least six joyous events that happened on Tu B'Av and what you bring up is one of them.
Here's the quote:
The tribe of Benjamin was permitted to enter the community. Av 15 was also the day on which the tribe of Benjamin, which had been excommunicated for its behavior in the incident of the "Concubine at Givah," was readmitted into the community of Israel (as related in Judges 19-21; this occurred during the judgeship of Othniel ben Knaz, who led the people of Israel in the years 2533-2573 from creation (1228-1188 BCE)).

I love to hear about these festivals from ancient times that are still, in some sense at least, practiced today. The continuity of these things always amazes me. Like Dimple, I was reminded of that event in Judges...and so was also interested in what you shared from the Chabad website. Fascinating.

The moon was gorgeous last night. I took a photo or to also but have not downloaded them yet. I found myself wishing I had a really good telephoto lens and tripod. That one especially bright star in the sky was incredible too; it must be one of the planets.

Thanks Dina, That was an interesting article. I didn't know about the 15th of Av as a holiday until today.

I love how you write. Your words are so beautiful : ) And these photos are lovely!

How fun! And my guess is that the singles like this festival:)

What a great tradition. And so wonderful that it's been re-discovered. I'm disappointed to hear that vineyards are disappearing from Jerusalem, however. They must have been plentiful in the time of Christ because he often referred to them in metaphors and parables.

Dina, thank you so much for your congratulations and nice words! I've also learned a lot from you through your allways great informative posts.

How sweet! I hope there's still dancing, even if it's not in vineyards :)