.
We interrupt our walk through the Supreme Court Building in order to celebrate International Mother Language Day! 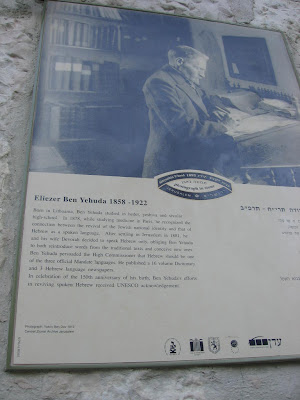 Click on the plaque to read about the "Father of modern Hebrew." 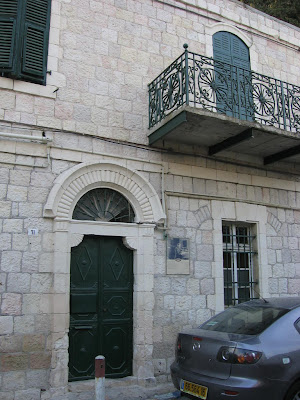 This house in Jerusalem, on Ethiopia Street, is where the Ben-Yehuda family lived.
.
Eliezer and Deborah left Europe and came to Palestine in 1881. Their first son, Ben-Zion, was born in 1882.
Ben-Yehuda was passionate about reviving the Hebrew language, and he made his wife promise
to raise the boy as the first all-Hebrew speaking child in modern history.
It was hard but it worked. 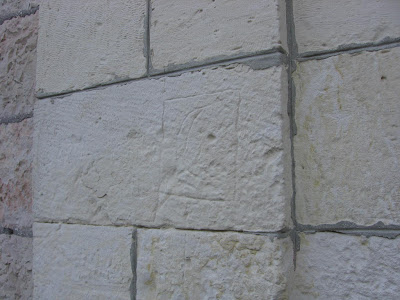 Legend has it that the little boy with Hebrew mother tongue carved the graffiti in the stone of his house. Shovav--mischievous boy!
Can you make out a crescent moon inside the rectangle, and what is supposed to be a star?
That was the Ottoman Turk flag back then, when the Land of Israel was a part of the Turkish empire.
.
In the years following the establishment of the State of Israel in 1948 came waves of mass immigration of Jews from 70 different countries, all speaking different languages.
Israel became known as the only country in which the parents learn the mother tongue from their children.
.
Posted by Dina at 9:13 PM