.
Hope this won't make anyone freak out, but my F words for today are femur, fibula, frontal bones, and funerary practices. Of Canaanites who were buried here on the outskirts of Jerusalem some 4,000 years ago.

Last week, to the excitement of all, we uncovered a skeleton in the burial cave I and three others were digging in. Here you can see the skull, arm bones, and ribs. 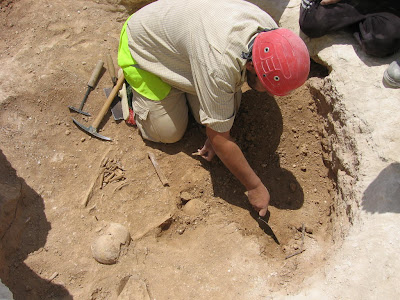 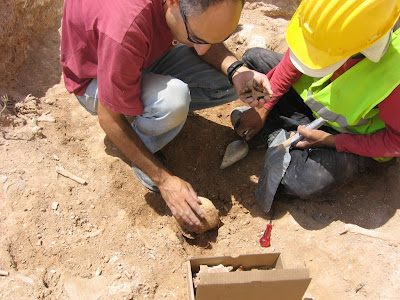 Can you imagine holding a Canaanite child's head in your hands and poking at the earth that filled it? 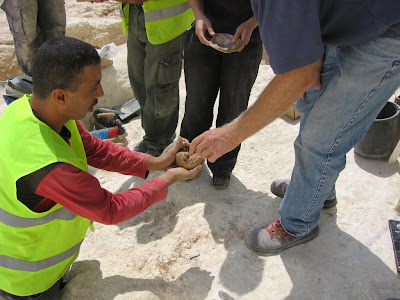 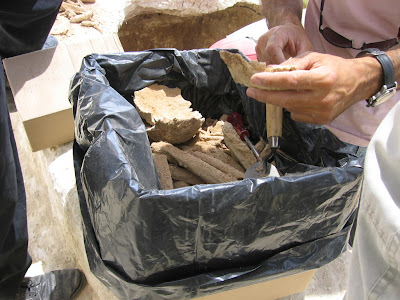 Funerary objects came next. After removing the fragile bones we could start digging to look for funerary objects like pottery or the person's personal possessions such as jewelry or weapons.
At the time of burial, the clay vessels would have been full of food, drink, and perfumes.
All these the Canaanites believed were necessary for the journey to the netherworld. 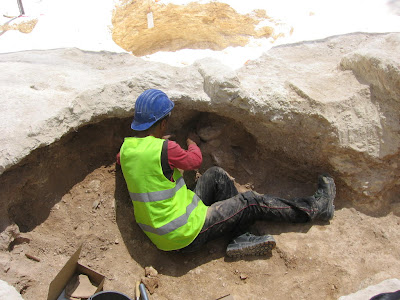 The 100+ participants in ABC Wednesday have dug up different F words for their photos. Check out a few here.
Posted by Dina at 1:23 PM