O yes! O is the letter of the day. Welcome to ABC Wednesday,
where bloggers have fun playing with the alphabet. You can try too.

Oi veh, I thought, which of the many O words to choose?!
OK, let's take that big word I never know how to spell: ONOMATOPOEIA .

Onomatopoeia (from Greek ονοματοποιΐα) is a word or grouping of words that imitates the sound it describes (e.g. the animal noise meow) or suggests its source object (e.g. click, buzz, or bang). Greek όνομα, onoma, means name and ποιέω, poieō, means I make or I create, so it means name-creation. 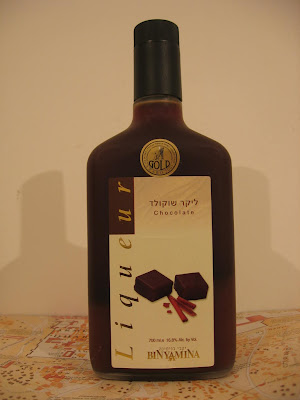 Let's hear some Hebrew examples of onomatopoeia. My favorite is bakbuk. It means bottle. Doesn't it sound like liquid being poured from a bottle? bakbuk bakbuk bakbuk
BTW, this is also my favorite liqueur: chocolate! A tiny bit mixed with soda water or even milk, yum. Or on ice cream. 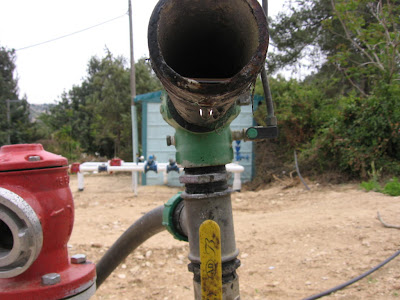 A tiftuf is water dripping, leaking. Or a light rain.
After years of drought Israel may soon run out of water. This tiftuf in the photo is at the Mekorot national water authority station in my village, of all places! 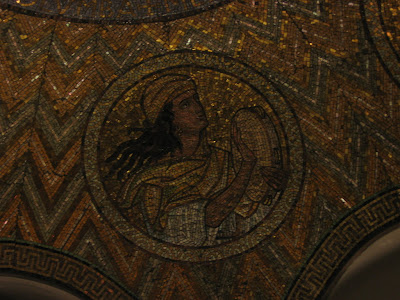 Tof is the onomatopoeiac Hebrew word for drum. Tof-Miriam is what we call a tambourine or timbrel.
This Miriam is one of the female Bible heroes portrayed in a dome in Jerusalem's Dormition Abbey. 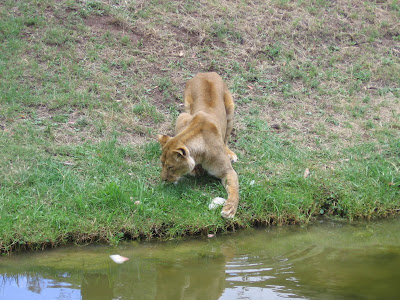 Gur is a lion cub or a puppy. Grrr 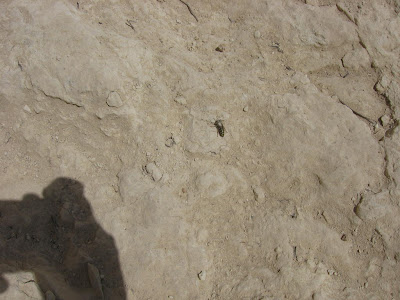 Zvuv is a fly. Well, actually this is more a picture of a stinging insect. What he did was zimzem--he made a buzzing noise. 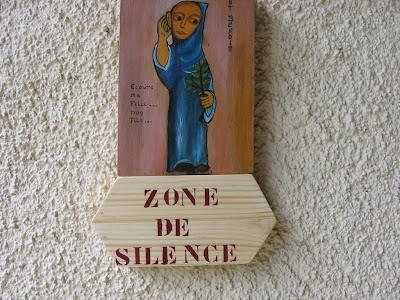 Has is the verb asking you to hush. Sha, sha means shhh, be still. 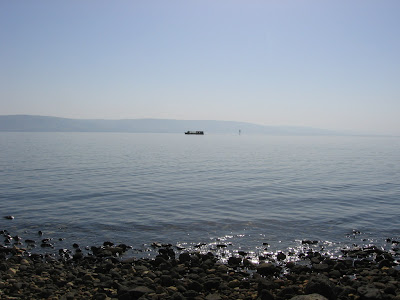 Rishroosh is the sound of waves lapping on the shore, like above at the Sea of Galilee.
The most well-known and well-loved use of the word is in the song by Hannah Senesh. (Can be heard on YouTube.)

(translation by anonymous)
.
Posted by Dina at 8:11 PM