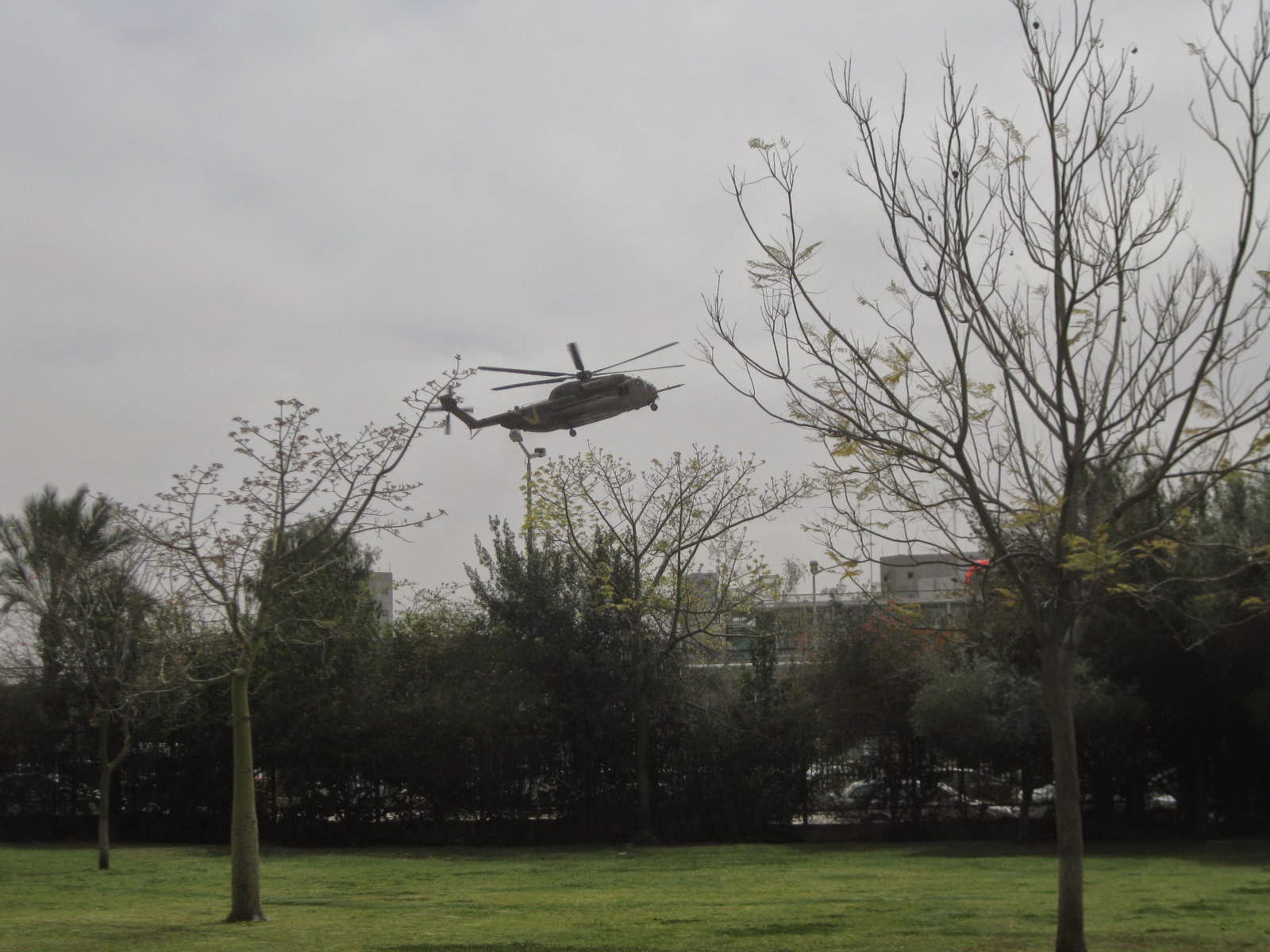 While at Ben-Gurion University today I chanced to see two big IDF helicopters landing at Soroka hospital, which is right across the street.
Here above is the landing. 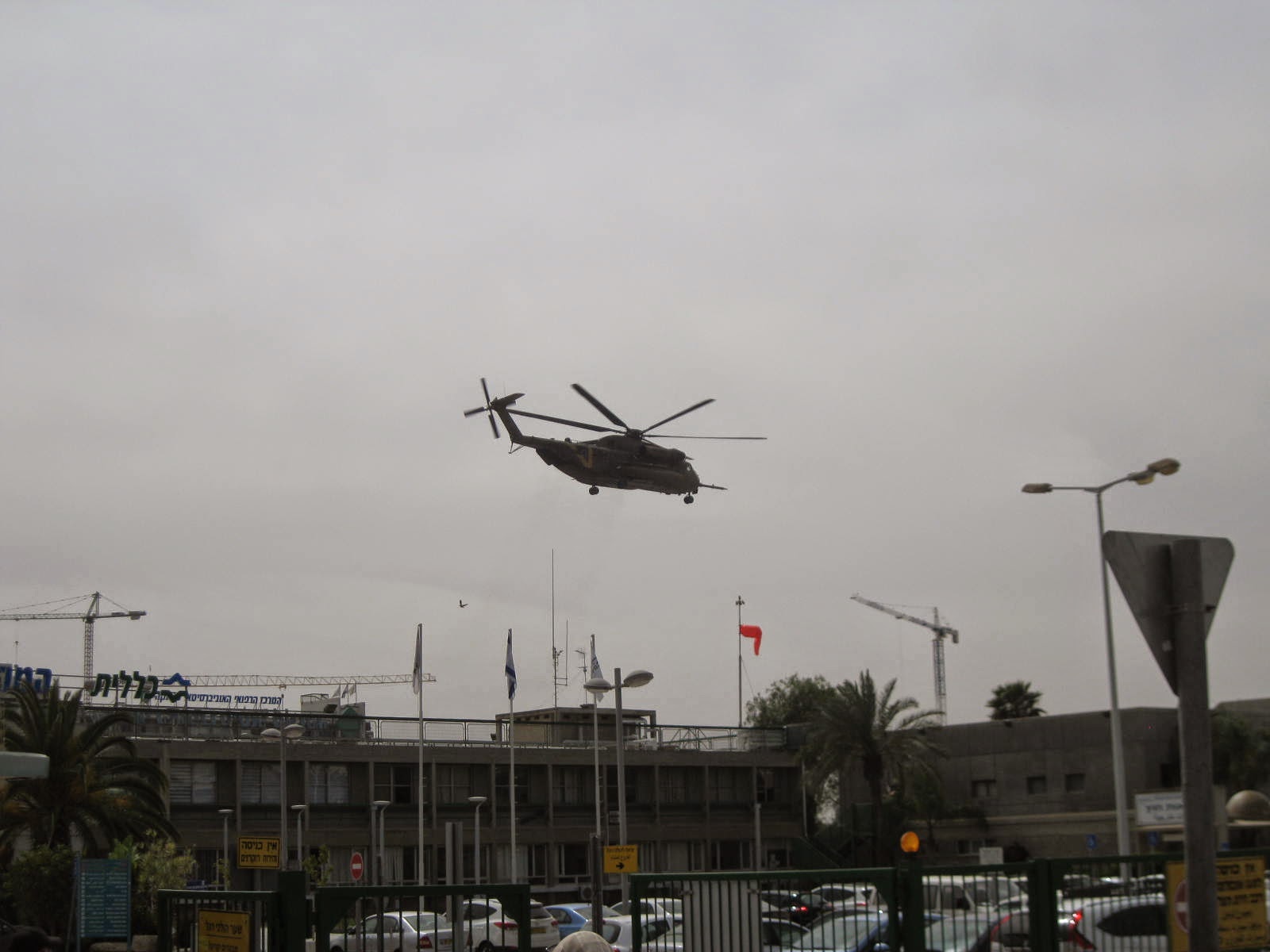 And then the take-off.
I don't know where the wounded came from; there was no word of any incident in the news. 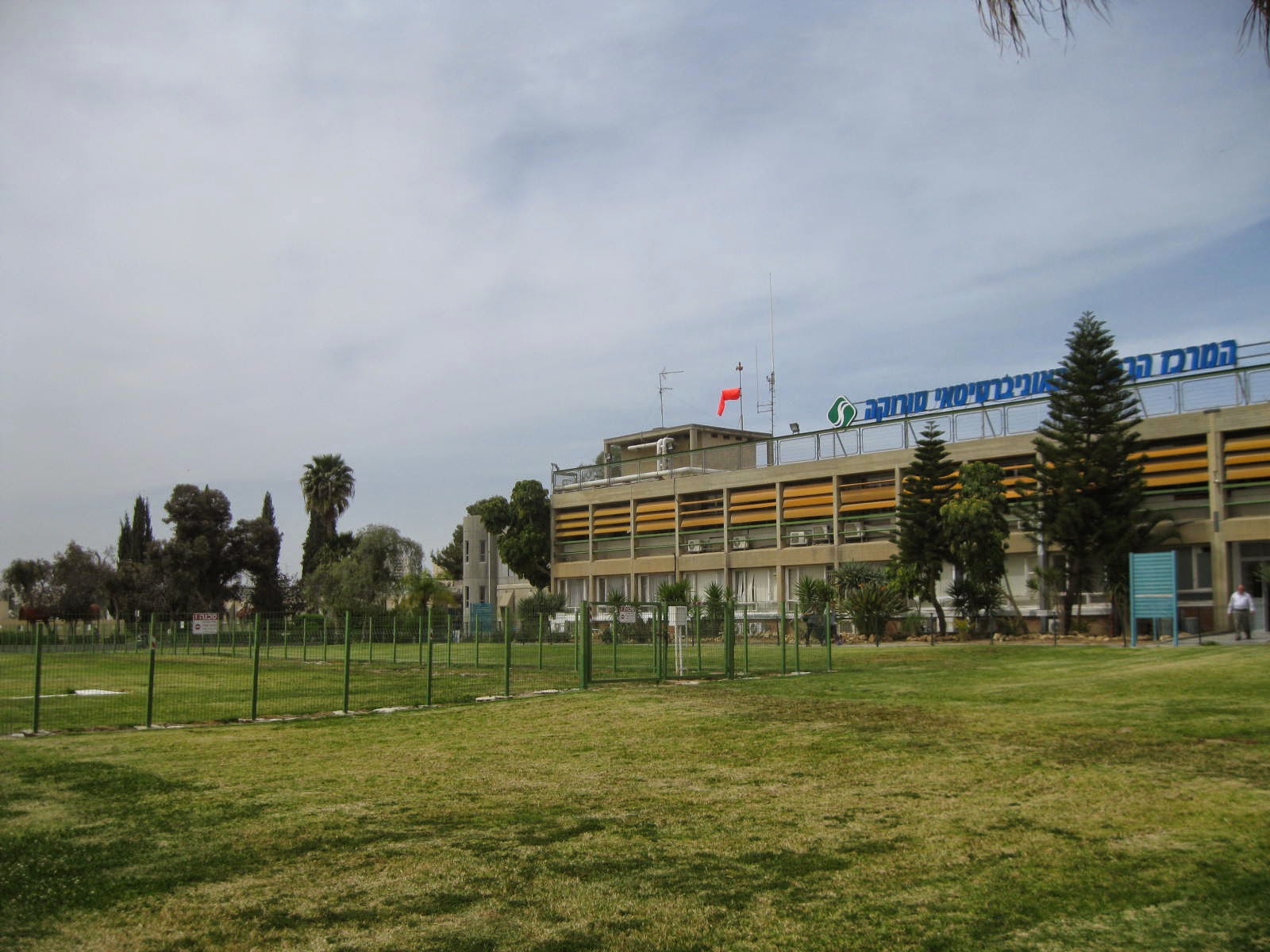 The helipad is just a big fenced-in patch of grass in between hospital buildings.
You can see the windsock on the roof. 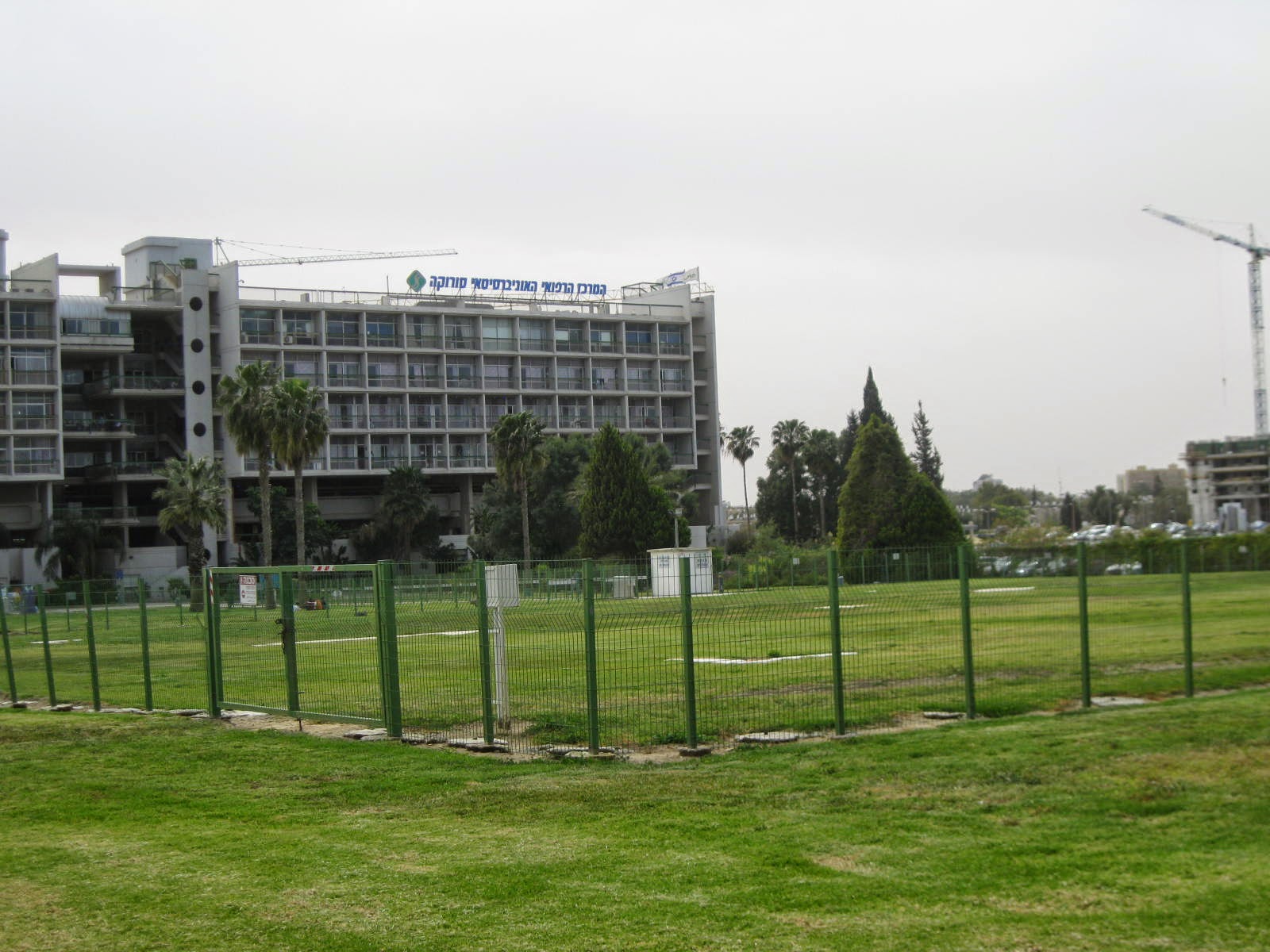 During the 50 days of fighting with Gaza last summer this was, sadly, a very busy place.
.
UPDATE: I see now some statistics from the director of the hospital:


During Operation Protective Edge, as in previous rounds of fighting in the South, Soroka Medical Center was at the forefront of treating the wounded. Life-saving teams at Soroka cared for the majority of the soldiers wounded during the operation. In the 50 days of warfare, 1,263 casualties received treatment, among them 777 soldiers and 486 civilians, of whom 53 were seriously injured.
There were more than 60 helicopter landings on the hospital's helipad, evacuating the wounded from the Gaza Strip.

If there's been nothing on the news, perhaps a training accident?

It is amazing what doesn't get reported in the news these days. Recently at a Revolutionary War reenactment in our town, a calvaryman was hurt. We'll never know if he was OK. Maybe next year if we ask the people on horses.

A quite big ones!

When I had heart surgery in 2010, helicopters came late at night and woke me shaking the windows. Funny what we remember.

Did they accept wounded Palestinians civils during the Gaza conflict ? Susanne

Janis, you meant cavalryman. :)
Your "calvary" must mean you are in the Good Friday mood already.

VP and Birdman, yes, very big and very noisy. Hearing one close up puts fear in my heart, under most circumstances.

"Susanne," Israel was ready to treat Gazan civilians during the war but Hamas prevented most of them from crossing into Israel.

"The IDF, in cooperation with the Red Crescent, has opened a field hospital at the Erez Crossing, on the Gaza border, to treat wounded Palestinians from the Gaza Strip. The field hospital contains an emergency room, lab, pharmacy, pediatric ward, ambulatory clinic, gynecology unit, family and internal medicine, and is equipped to treat dozens of patients.

Since the field hospital opened on 20 July, doctors and staff have attended to 50 patients. Some have been treated and released, some treated and sent on for additional care at a hospital, and some sent immediately for hospital care. Unfortunately, Hamas has directly and indirectly prevented patients from arriving for care at the field hospital.
On 28 July a young Palestinian child suffering from cancer was treated at the COGAT field hospital. The doctors sent him for further care in Israel."

I imagine it's a military hospital (forgive me if I missed something here) otherwise it could just be a civilian emergency...

Your commment today about soaring was spot on!

Ciel, well, they were army helicopters and those can bring in civilian as well as military emergency cases. But Israel does not have military hospitals.

Thanks . I read that there exists even a cooperation between Israel and Palestinians surgeons to work together. I call this hope. Susanne

I haven't heard anything in the news either. Israel has such a great disaster response program. The people of Fukushima are very grateful for their help.