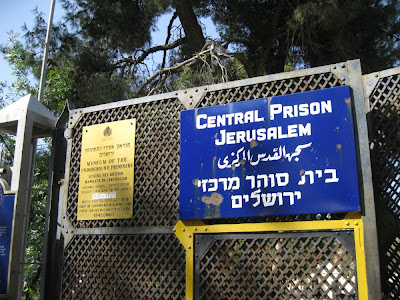 The Underground Prisoners Museum, in Jerusalem's Russian Compound, is introduced for ABC Wednesday's letter U. 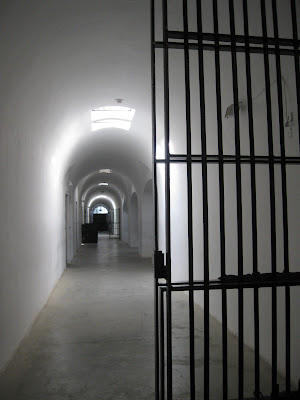 Hundreds of both Jewish and Arab prisoners were held here by the British police from 1920 to 1948, during the British Mandate. 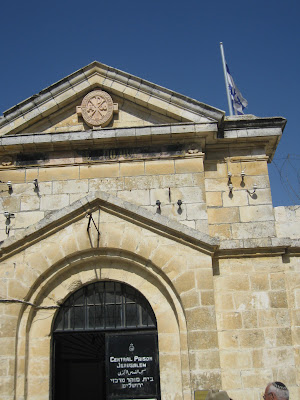 Many of the young fighters in the pre-state Jewish underground movements were jailed and some were executed.
Everything from cells to workshops to synagogue is set up as it originally was.
Anyone who wants to understand and feel our history should really take a guided tour in this place.
.
Posted by Dina at 8:06 PM