2 bundles of gold treasure dug up near Temple Mount!

.
What the Hebrew University is calling the Menorah Treasure was shown to the public for the first time today.
It was discovered in the Ophel, in the circled part of my photo, outside the southeastern part of the Temple Mount wall.
With two clicks you can enlarge the picture a lot. 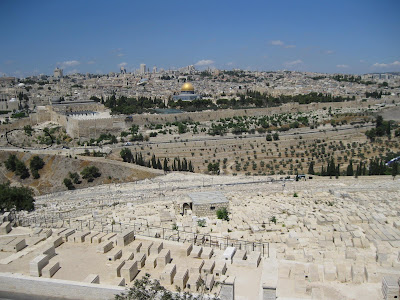 UPDATE:   Hebrew U. has just put up a video about the discovery!
http://www.youtube.com/watch?v=JYsjPFnmAmQ&feature=youtu.be


Woohoo!!
Buried treasure found in Jerusalem announced today!!
OMG, it is so beautiful!
And 1,400 years old!
See the gold at

I just wonder how archaeologist Eilat Mazar and the dig volunteers were able to keep it secret since April, when they discovered the treasure!
.
(Linking to Our World Tuesday meme.)
Posted by Dina at 2:05 PM