Our Jerusalem lion has died 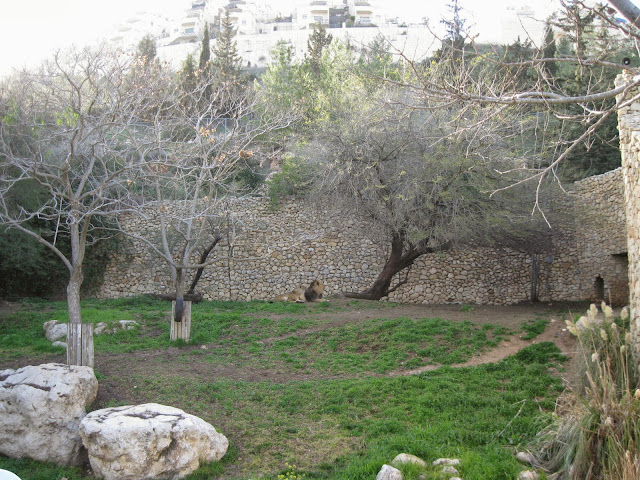 If you click a few times on this March 2012 photo you can just about see the lion and his lioness friend.
The Biblical Zoo in Jerusalem has just announced his death:

Dear guests, We are sad to inform you of the passing of Leider the Asian lion, who was a long time resident at the Asian lion exhibit.  In recent years, Leider suffered from back pains and found it difficult to move, caused by a degeneration of the nerve system.
Leider was sixteen years old, a ripe old age for Asian lions, and his ailments continued to develop and worsen.  The zoo's veterinary staff worked very hard to treat him. At the beginning of September, he underwent CT scans, and it was discovered that there was no way to alleviate his suffering.

Leider was loved by the visitors and the staff. He came to us at the age of two years and became popular among the visitors and zoo members. He had a happy life and we are all saddened by his passing.

.
There are nice photos of Leider at  http://jerusalemzoo.org.il/apage/116138.php
Pictures and tributes will be coming in on Facebook at The Jerusalem Biblical Zoo.