.
So during Heritage Preservation Week we got a free guided tour of three older synagogues, all in the Alef neighborhood of Beer Sheva.
In the whole city there are over 200 synagogues. 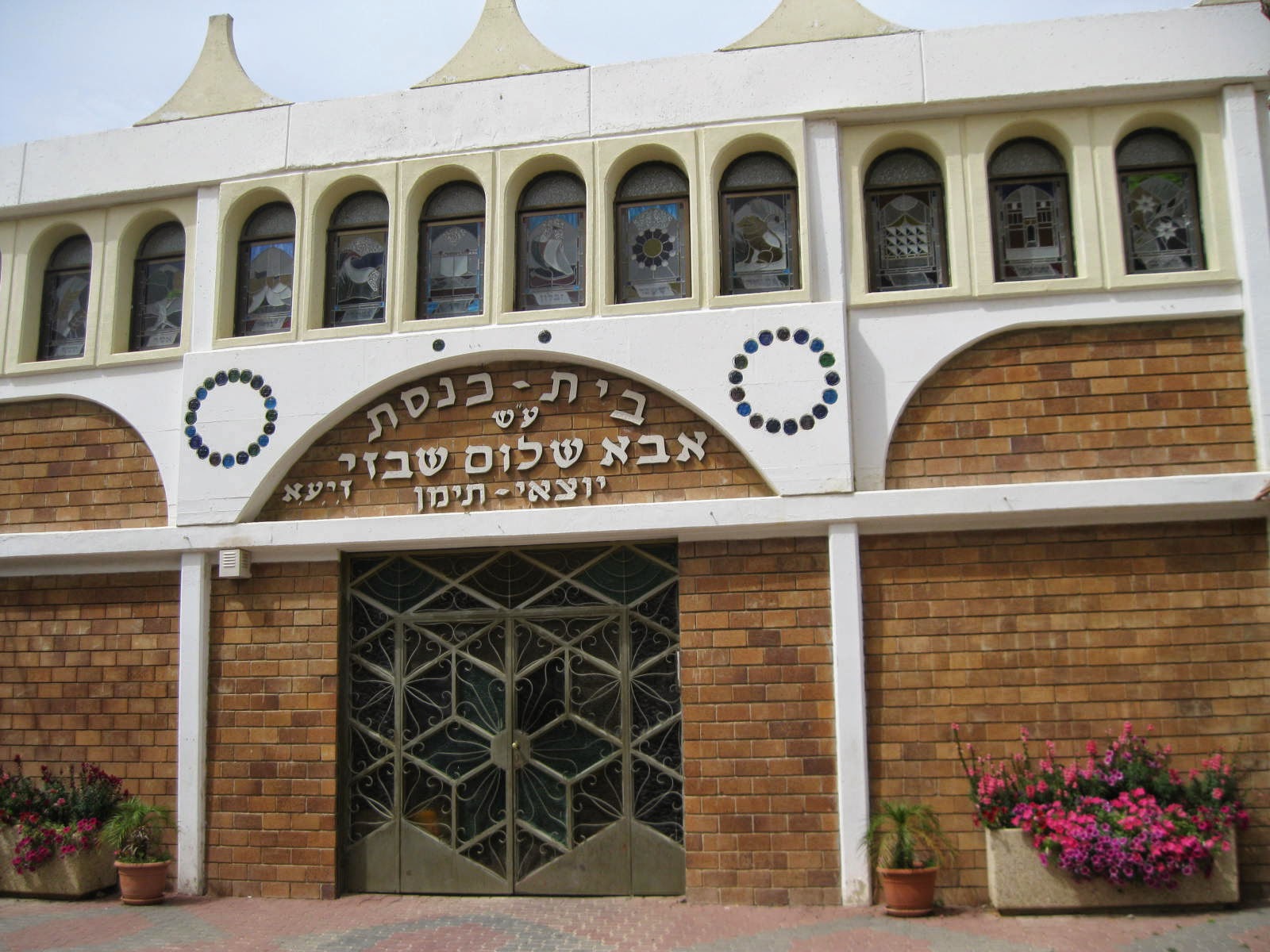 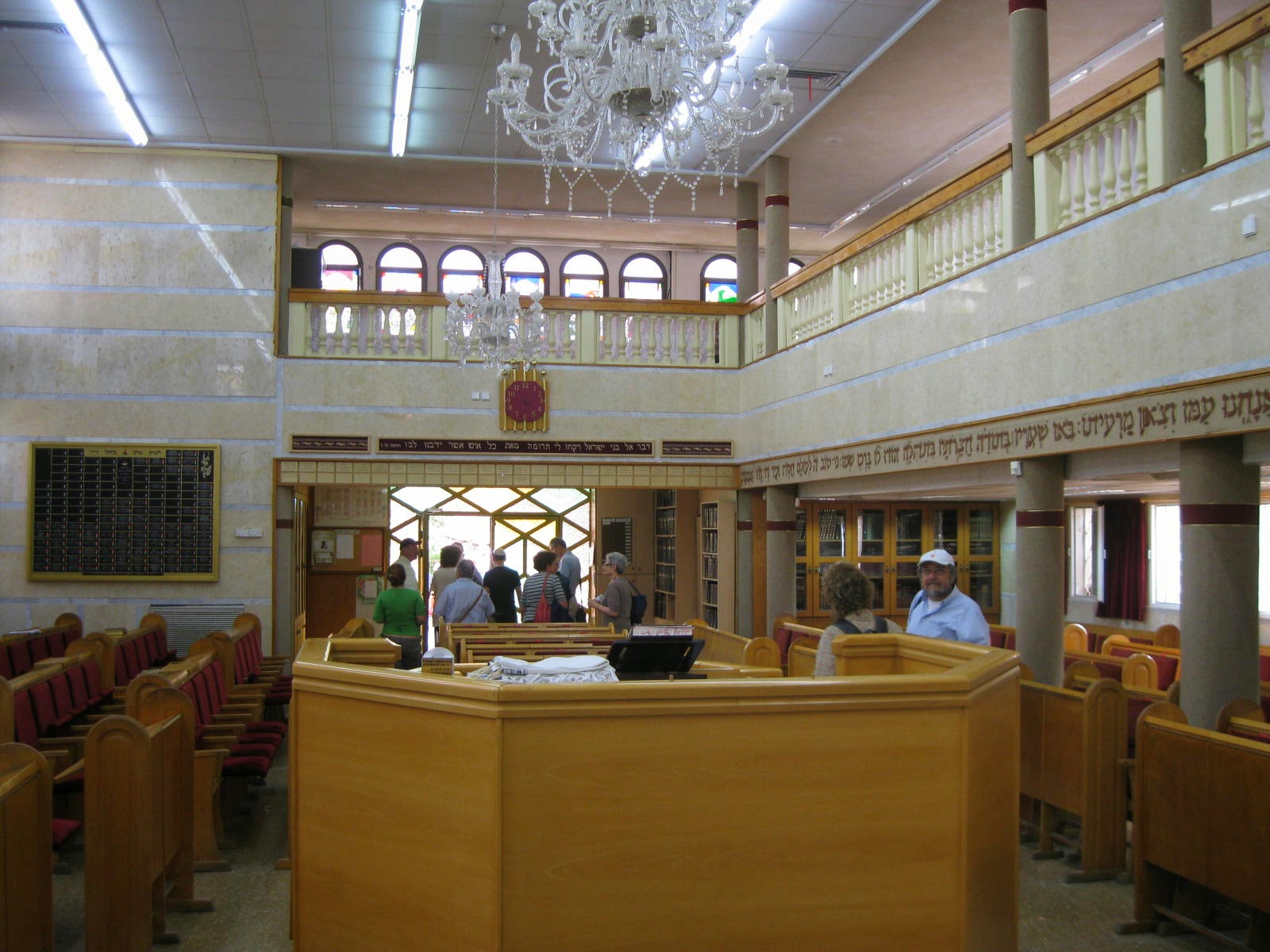 Women sit in the upper balcony and can look down on the men below.
The pews are along the sides, and the reading desk for the Torah scroll is in the center. 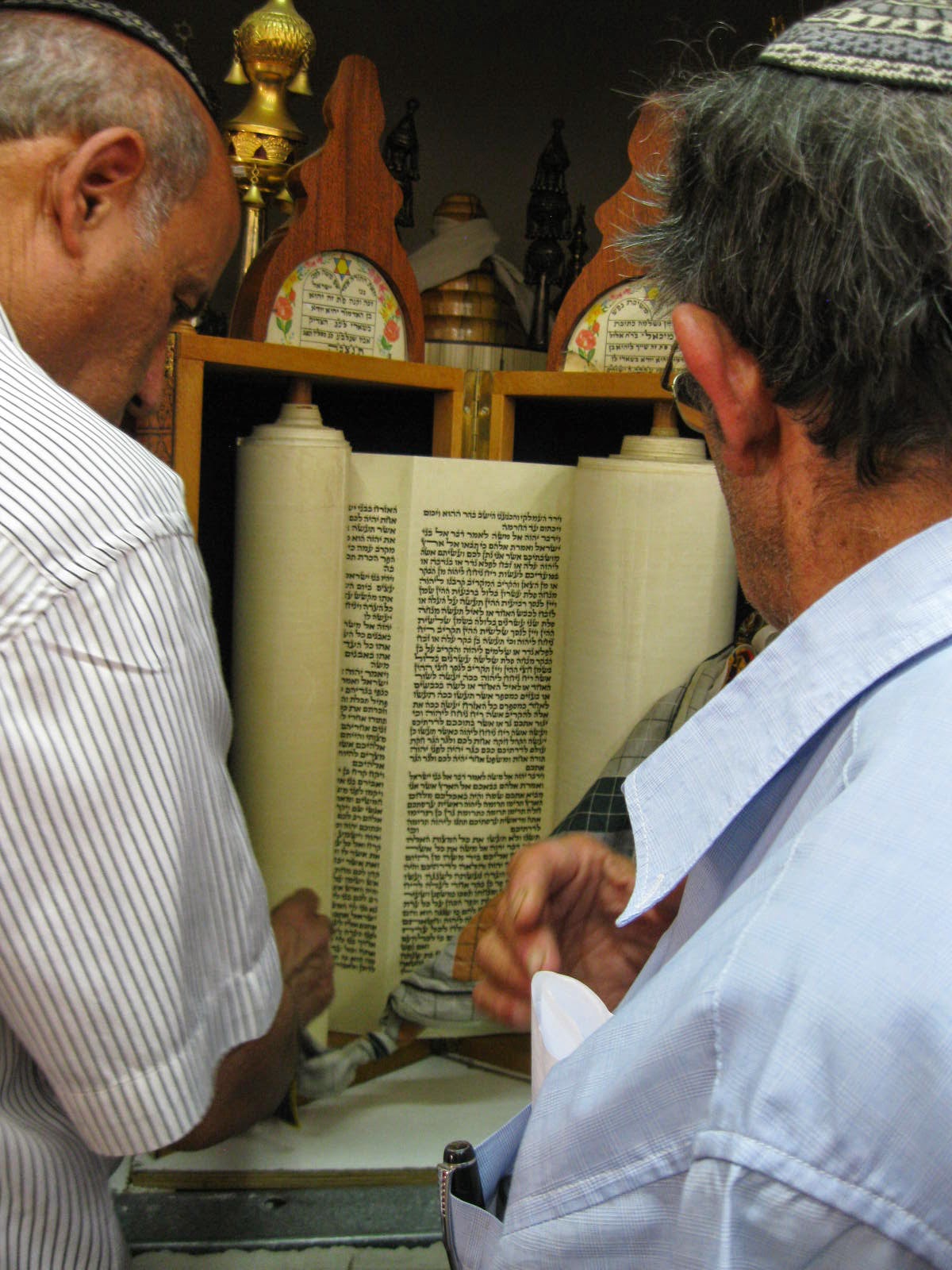 The scroll is kept in a  hard case, a tik,  Sephardic-style, in contrast to the Ashkenazi custom of covering the scroll with a soft mantle, a me'il. 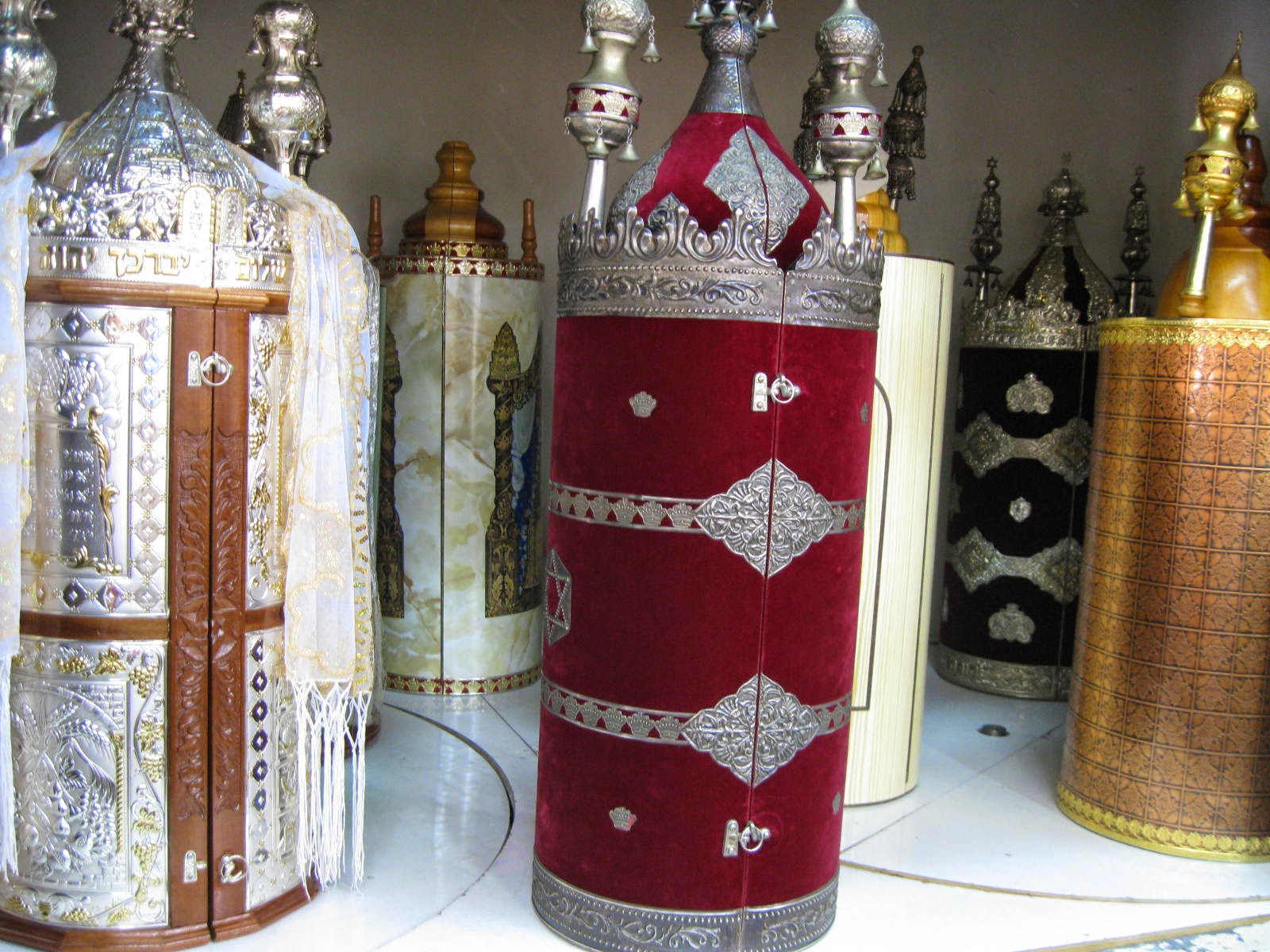 This Yemenite congregation has many beautiful Torahs, 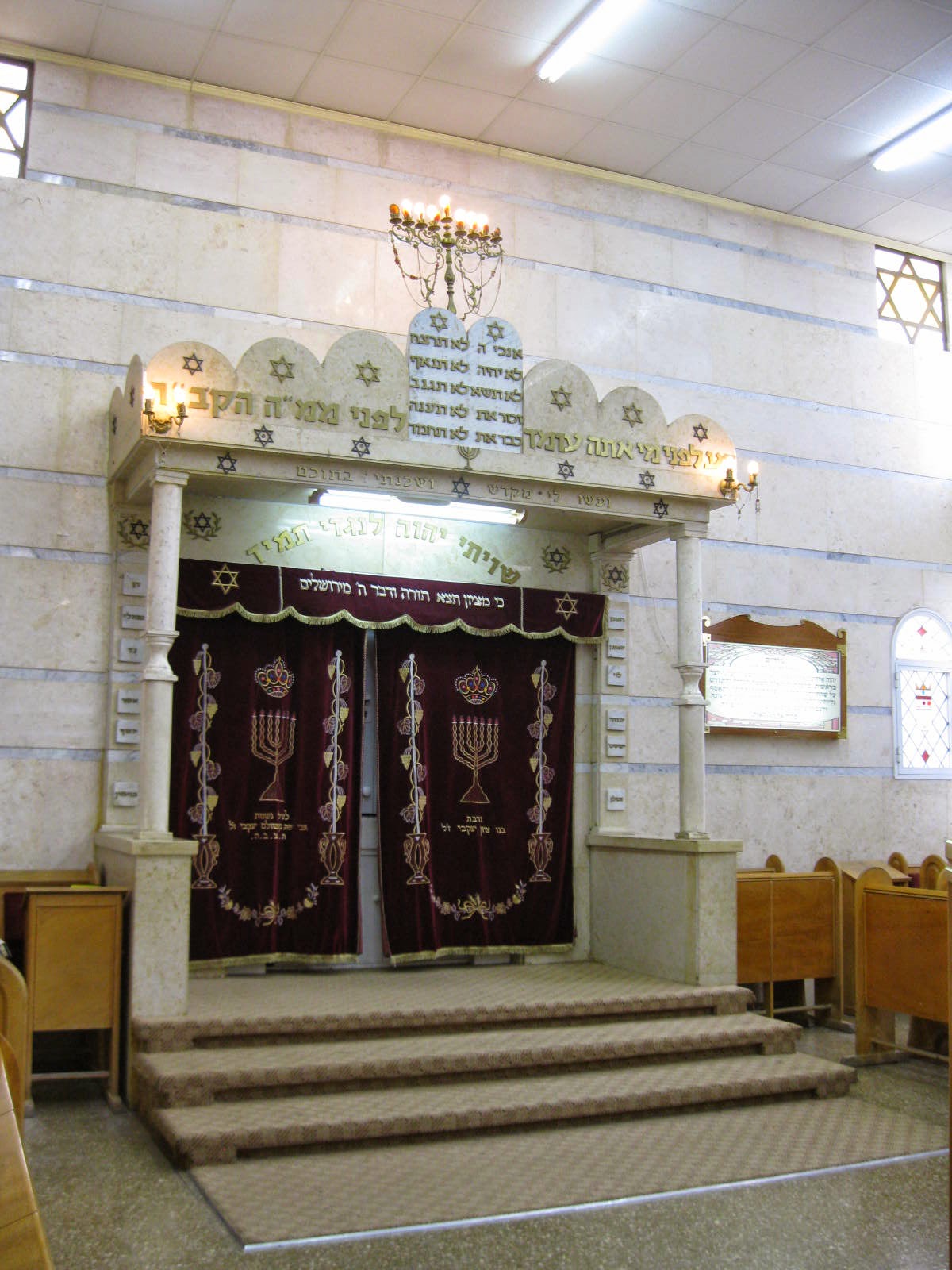 all kept in the aron kodesh, the holy ark.
.
Jews lived in Yemen ever since the destruction of the Second Temple in 70 CE.
Between June 1949 and September 1950, the overwhelming majority of Yemen's Jewish population was transported to Israel in Operation Magic Carpet.
So many of the new immigrants were directed to Beer Sheva that they needed to build two Yemenite synagogues in the city.
.
More about Yemenite Jews in Wikipedia.
UPDATE! -- In a secret mission at the end of March 2016 some of the last Jews who remained in Yemen  were brought to Israel!  Read the story here.
Only about fifty Jews still want to live in Yemen.
.
(Linking to inSPIREd Sunday.)
Posted by Dina at 11:56 PM

I am glad that you will have so many synagogues to show us: this one is very interesting and has a nice bench...

VP, yes, you have me trained to photograph benches wherever they may be.

It is a beautiful place, inside and outside.

I like that beautiful front door with the star, and the interesting roof line.

Great site. There are two immediate ways of telling if a shule is Sephardi, without even asking. The hard Torah case/tik, as you noted. And the men's parallel rows of chairs, at right angles to the aron, not curving around the aron.

This is a beautiful, peaceful temple. I'm glad you were able to visit it.

Ciel, no, sorry, we only visited three, but very interesting ones. Posts coming soon, inshallah.

I'm a man but I like the idea of women looking down on men.

thanks for a look inside

That's a first for me looking in a synagogue