A new neighborhood going up in Meitar 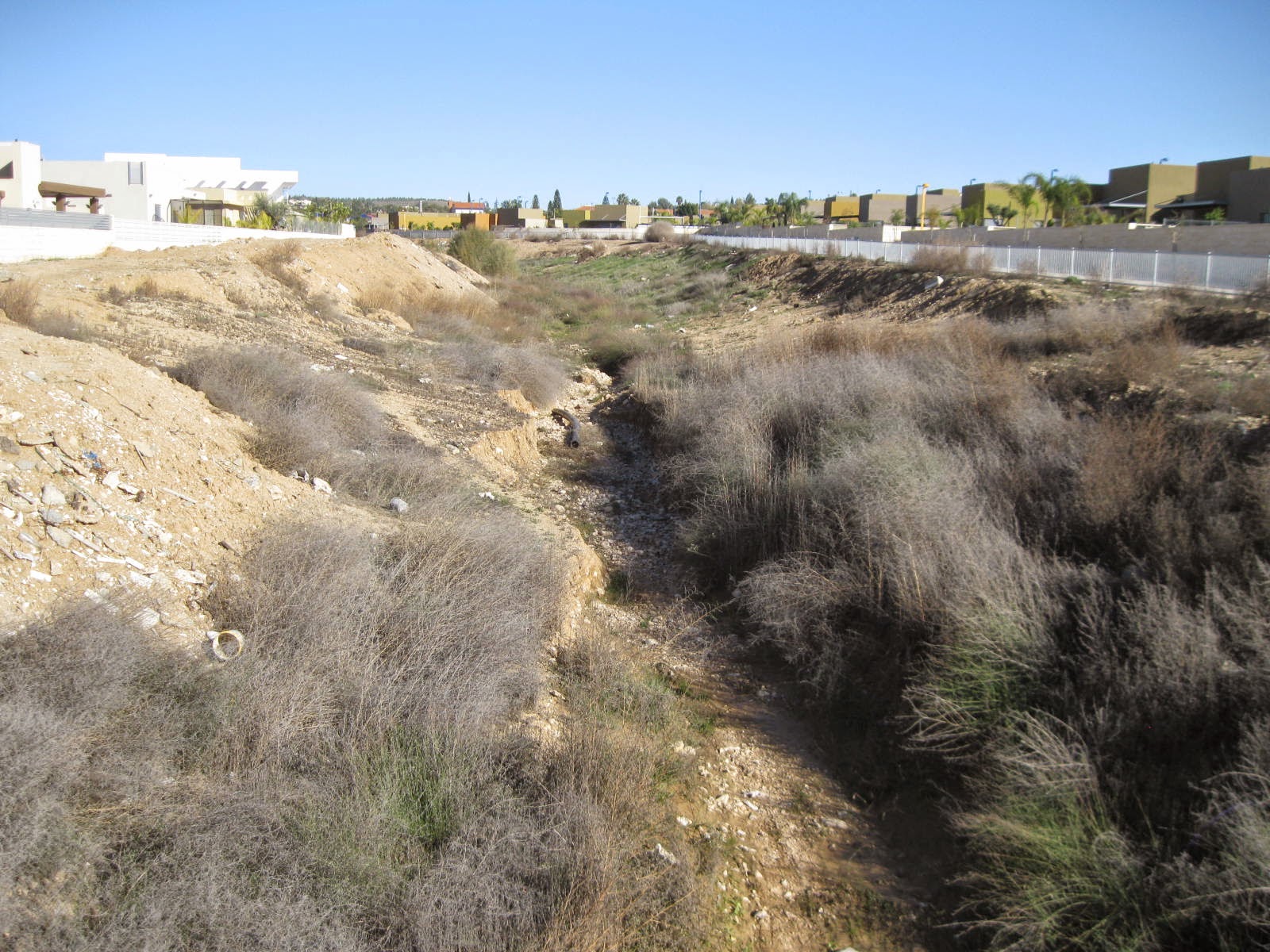 On the right side of the wadi the new houses are already lived in.
On the left, a whole new neighborhood is being built. 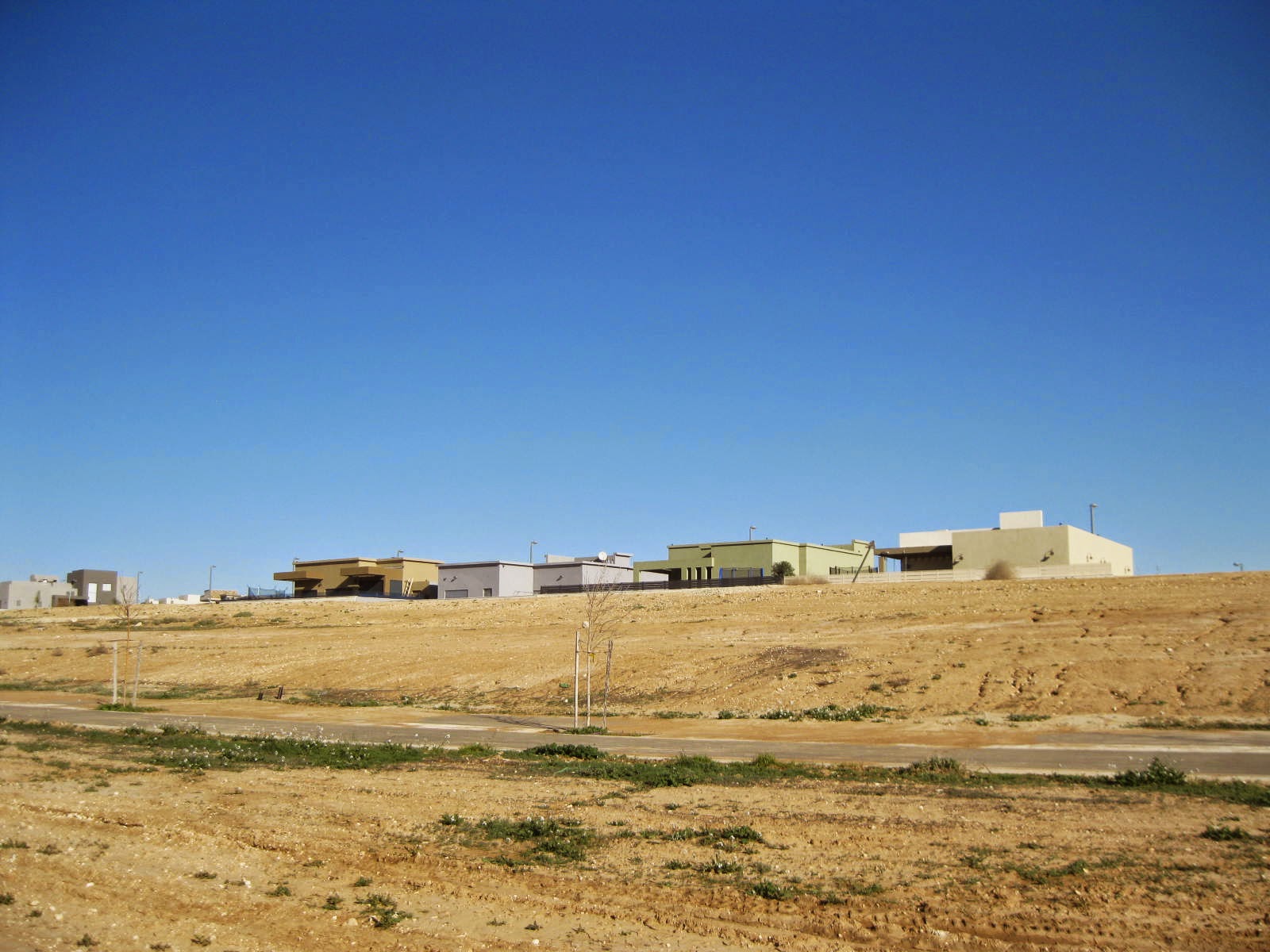 Here are some in-progress houses as seen from the direction of Meitar's new promenade and bike path (seen in the foreground). 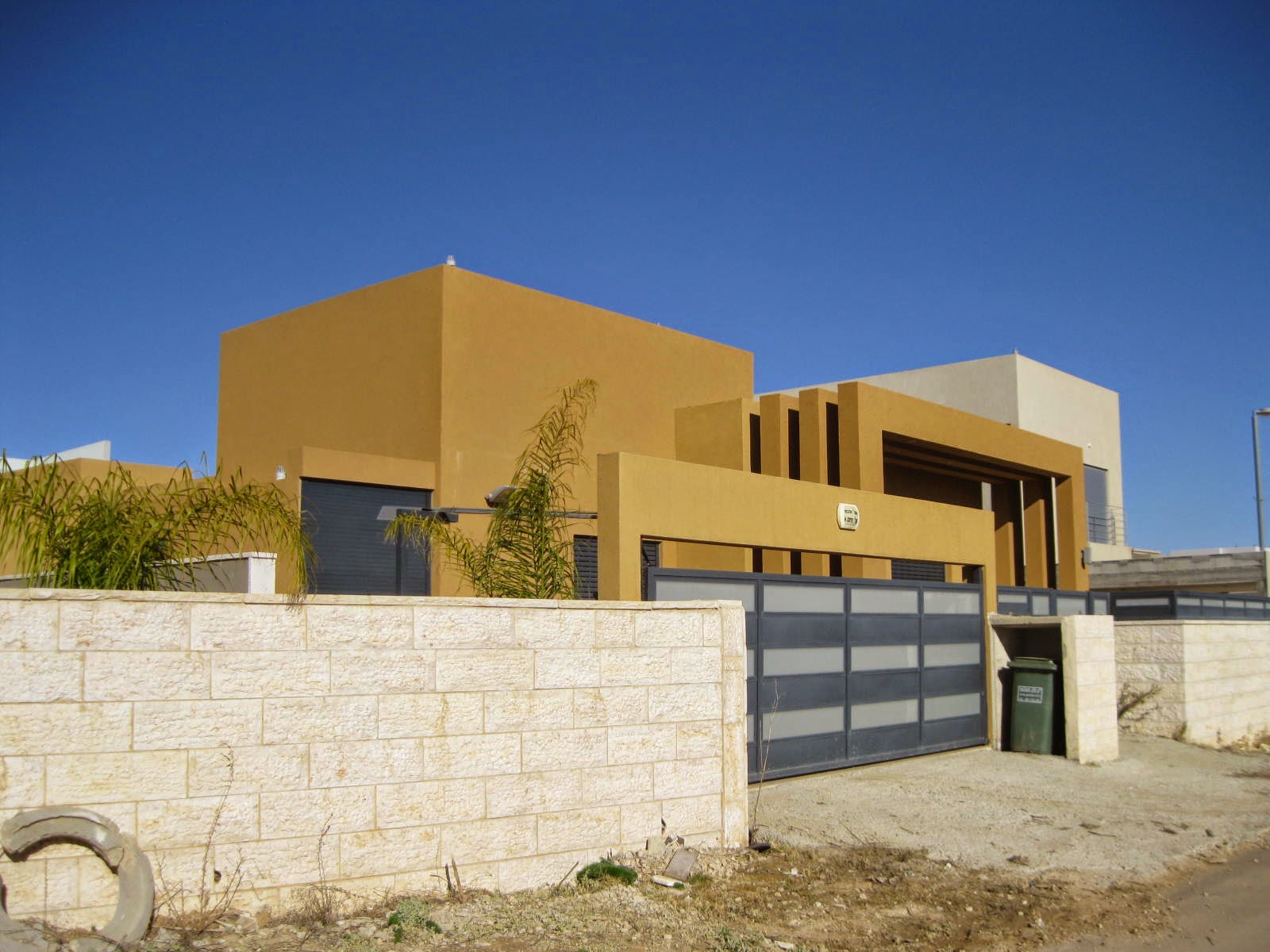 Lots of big houses.
Meitar is a yishuv kehillati, a planned community, begun in 1984; and every so often they add a whole new neighborhood.
Our population is over 8,000. 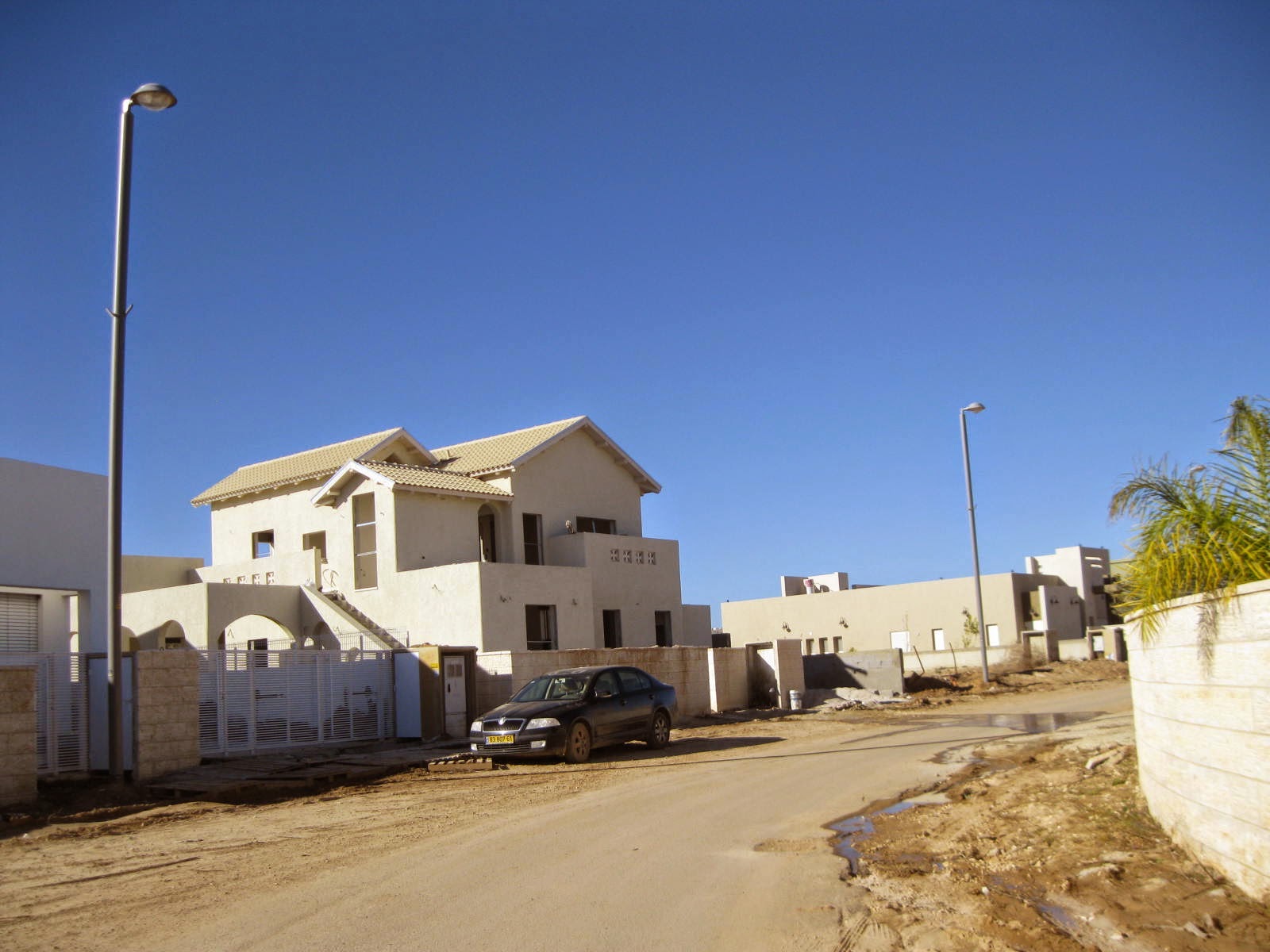 When the streets are finished, they will all be named after different birds.
.
(Linking to Whimsical Windows, Delirious Doors.)
.
Posted by Dina at 2:08 AM