The wire eruv surrounding our town 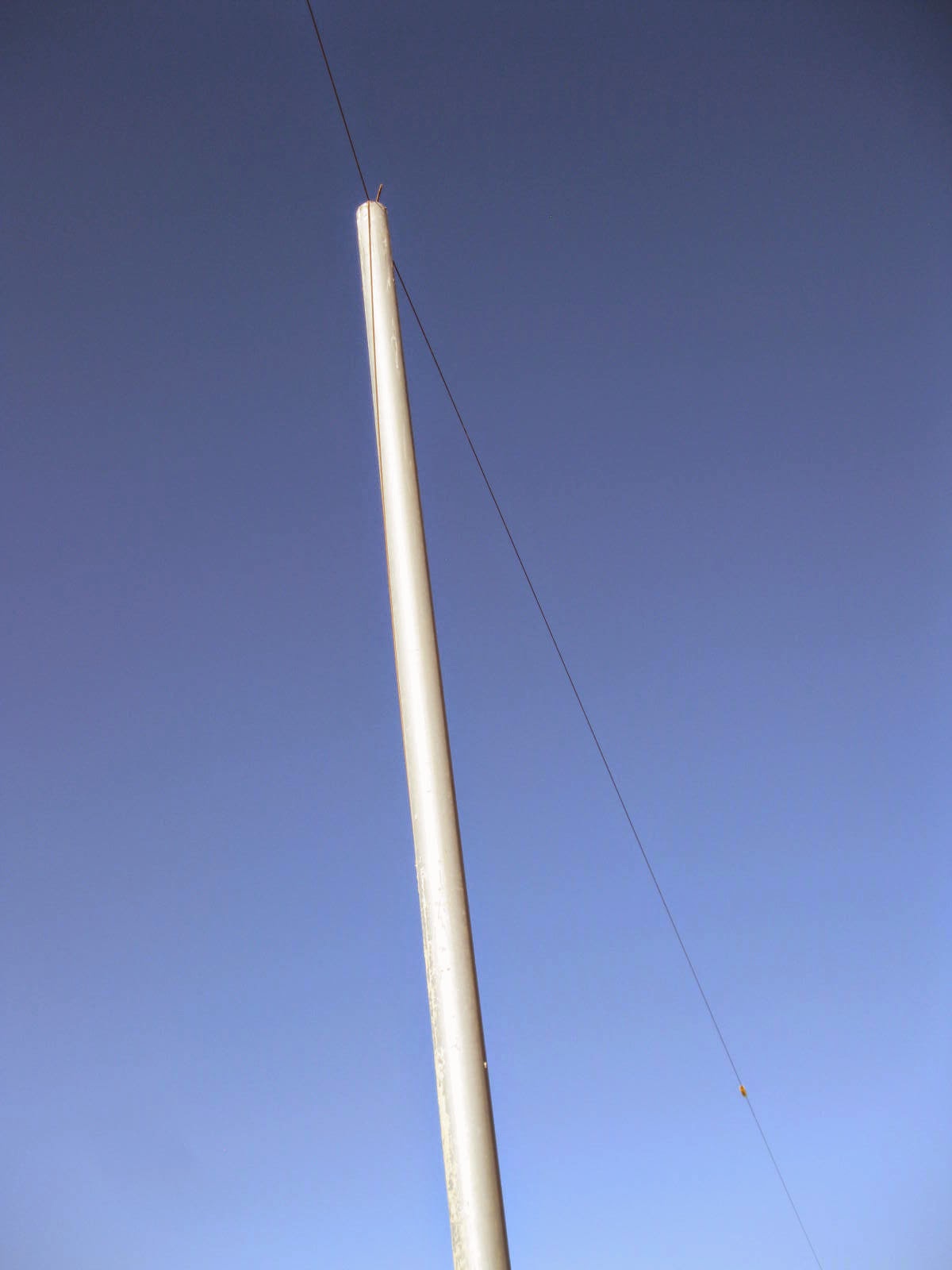 Against the blue sky for SkyWatch Friday you can see the post and wires of the eruv on the west side of Meitar. 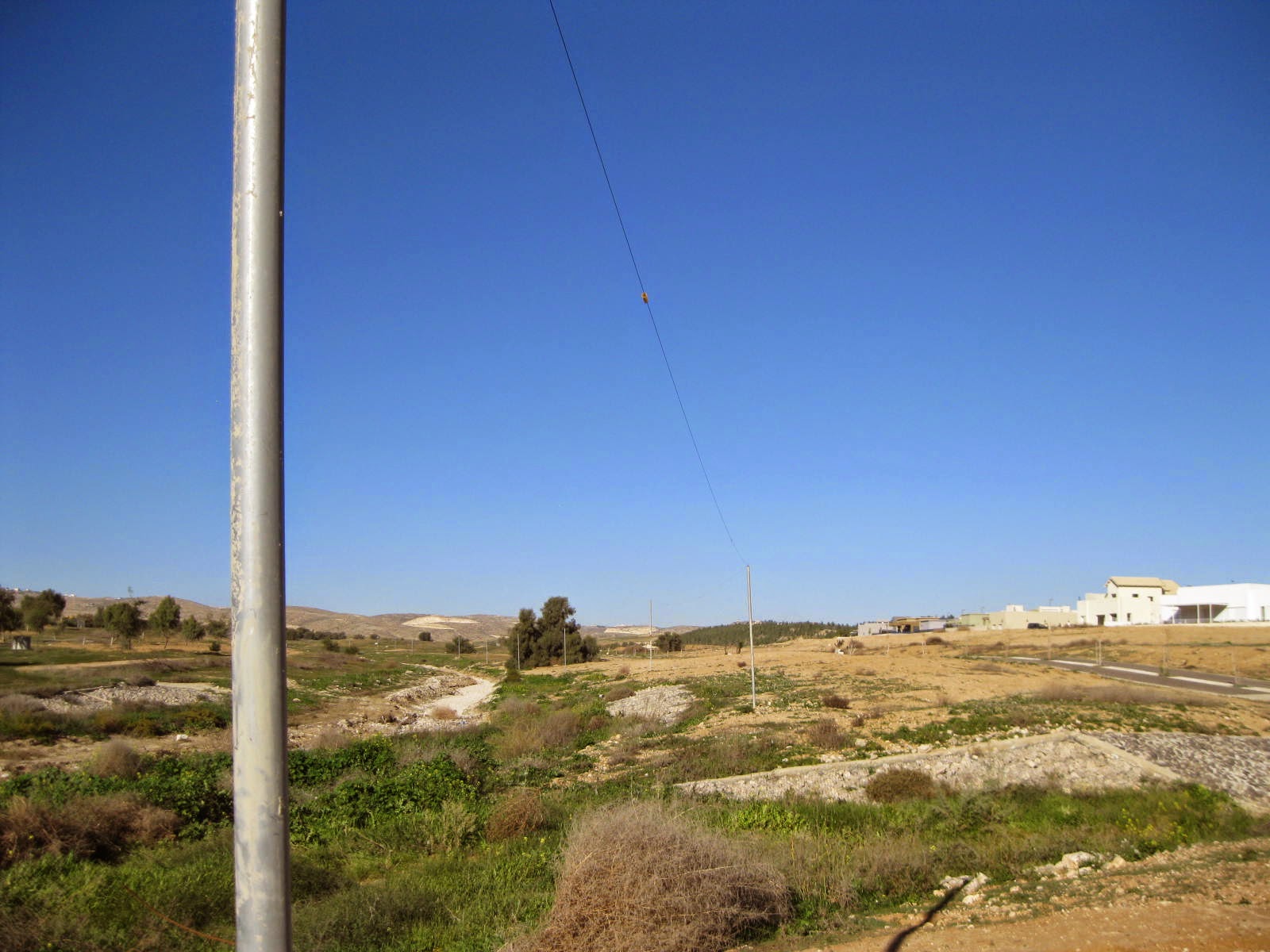 An eruv is something the rabbis thought up in order to get around the restrictions on carrying objects from the private to the public domain on Sabbath and holidays.
(You can click a few times to enlarge the photo and see the whole line of posts.) 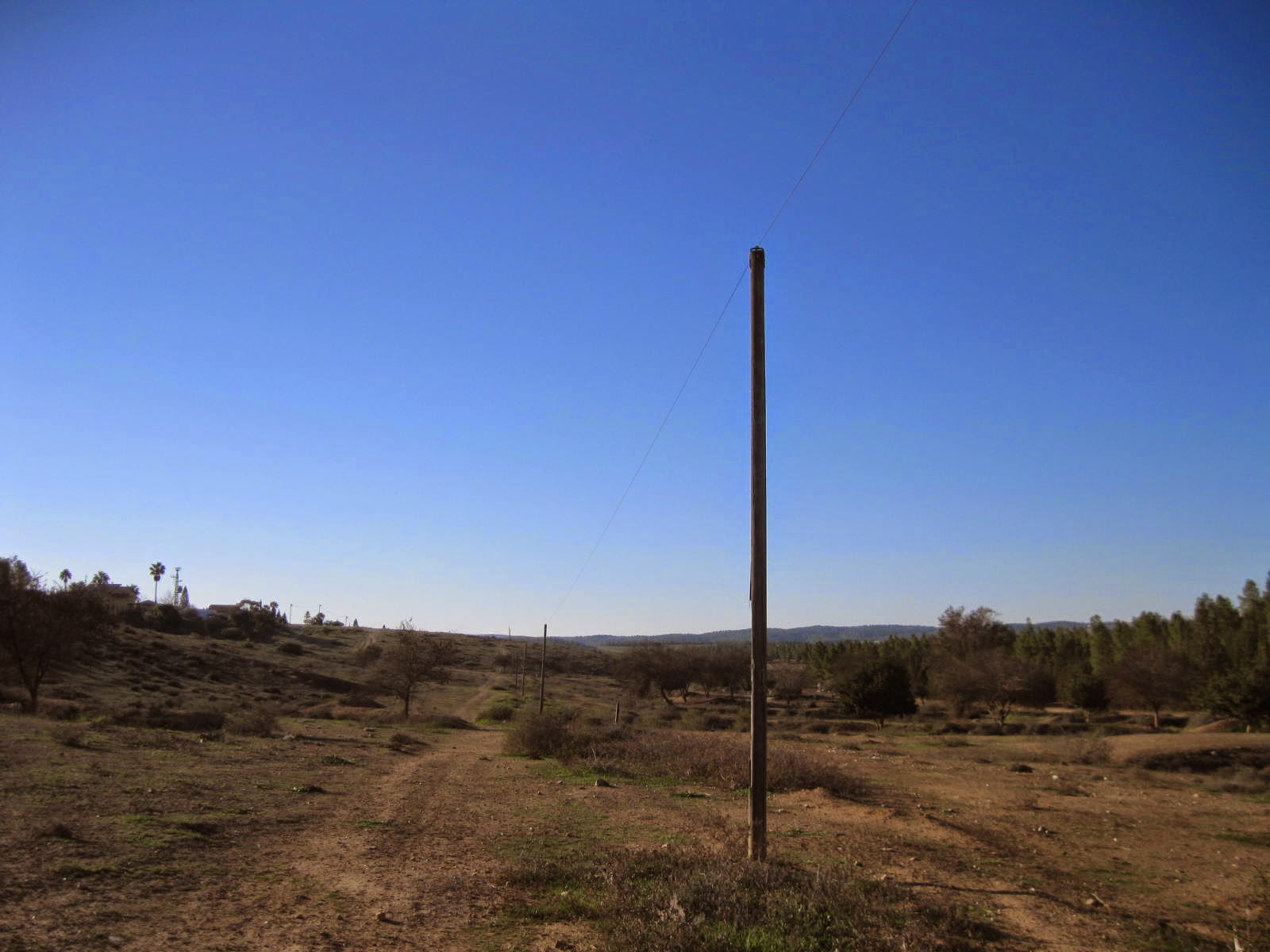 Here's the eruv on the east side of town.


An eruv is an enclosure around a home or community. It enables the carrying of objects out of doors for Jews on the Jewish Sabbath that would otherwise be forbidden by Torah law (Halakha). Without an eruv, Torah-observant Jews would be unable to carry keys or tissues in their pockets or push baby carriages on the Sabbath, thus making it difficult for many to leave home.
. . . When an eruv is made to demarcate a contemporary Jewish neighborhood, a symbolic fence is typically constructed using poles and wires as well as any solid walls available. Thus, a modern eruv is commonly composed of a series of 'doorframes,' with the poles forming the doorposts (lechi, pl. lechai'in) and the wire forming the lintel (korah)...

So the term eruv in modern Jewish usage usually refers to the wire that creates a symbolic "walled courtyard."
In effect it expands the private domain out into the public domain, thus permitting very religious Jews to carry certain things on Shabbat.
.
The Sabbath starts just before sundown on Friday.   Shabbat shalom!
.
Posted by Dina at 9:35 PM