One of the Austrian synagogues destroyed on Kristallnacht

.
Tonight is the anniversary of Kristallnacht.
Israel Museum just posted this good summary on Facebook:

November 9 - 10 1938.
"Kristallnacht," the Night of Broken Glass.
The Nazis unleashed a wave of violent anti-Jewish pogroms against Jews in Germany, Austria, and in occupied areas of the Sudetenland in Czechoslovakia. 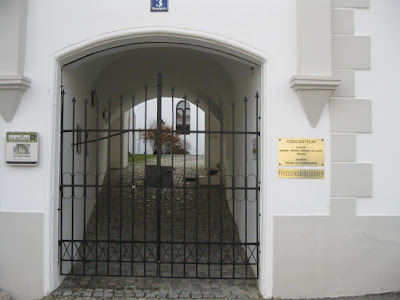 This used to be a synagogue in Stadtschlaining in Burgenland, Austria.
It was devastated on Kristallnacht. 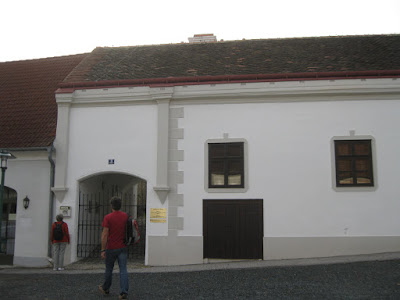 We discovered it yesterday, on Sunday, so the gates were locked. 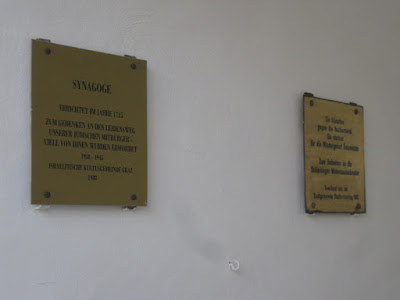 "Synagogue, built in 1715
In commemoration of the ordeal of our Jewish fellow citizens --
many of whom were murdered in 1938-1945
-- Israelitische Kultusgemeinschaft Graz  1988" 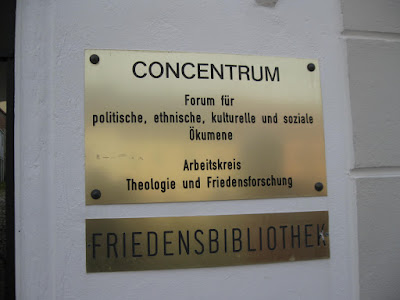 The former synagogue now houses an organization for peace work and conflict resolution. 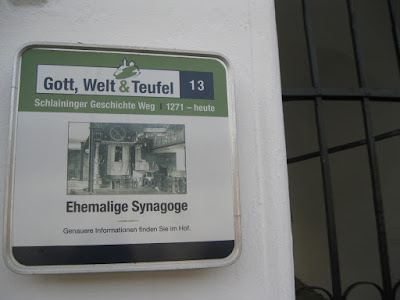 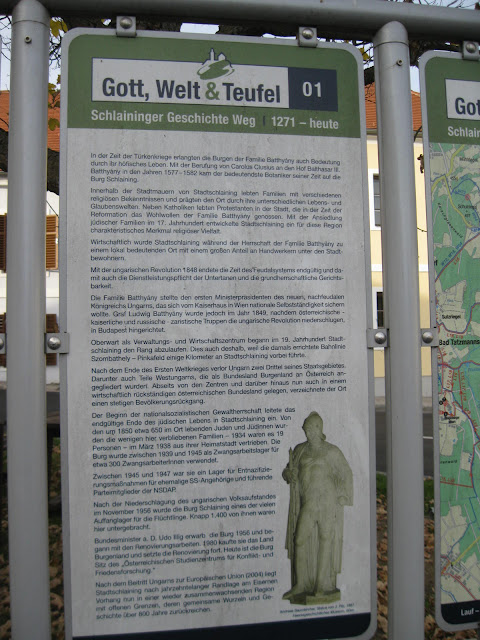 This is part of the history in German.
But you can read more in English:
A factual and brief history of the Jews of Stadtschlaining in the Austrian Archive of Synagogues.
or
A fascinating story of what one American woman found when researching her grandmother's life in this town.