Chanuka menorahs from all over the world

.
How would you like to kindle the Chanuka lights in this strange stone vessel from Persia?
The Jewish Art Museum at Hechal Shlomo lists it as a 19th century menorah for Chanuka and Shabbat. 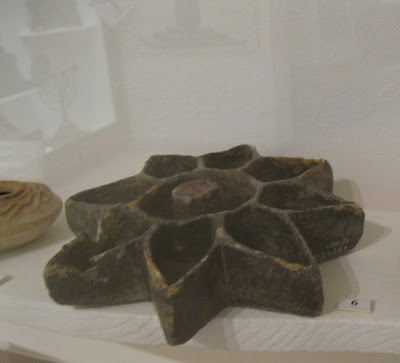 I visited last Thursday, just a few days before a special display for Chanuka week was arranged.
So I have no idea what the menorah under wraps was for. 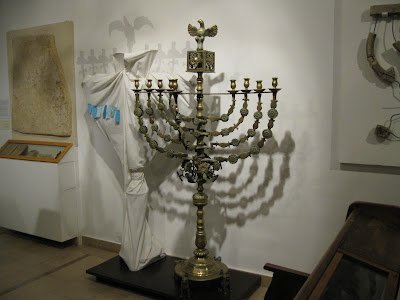 But the one next to it was as tall as me. 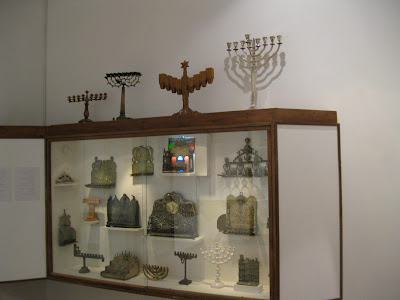 Such a differance a few centuries can make in the designs.
In and on the case are both old and modern chanukiyot. 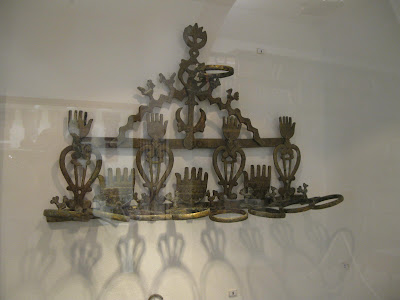 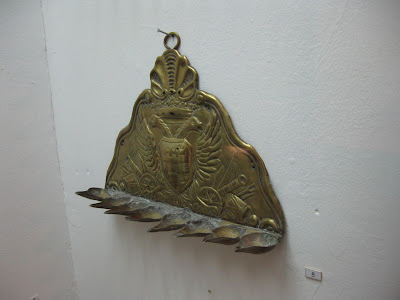 The oddest chanukiya I found was this brass one from 18th century Austria.
The double-headed eagle with cannon at his feet, is it not an unusual choice for a Jewish ceremonial object?
.
.
This week our world in Israel revolves around Chanuka observances and festivities (kids have vacation from school for the holiday), so this is what I have to share at the bloggers' worldwide meme, "That's My World."
.
Posted by Dina at 6:42 PM