Bedouins do Zumba in Meitar 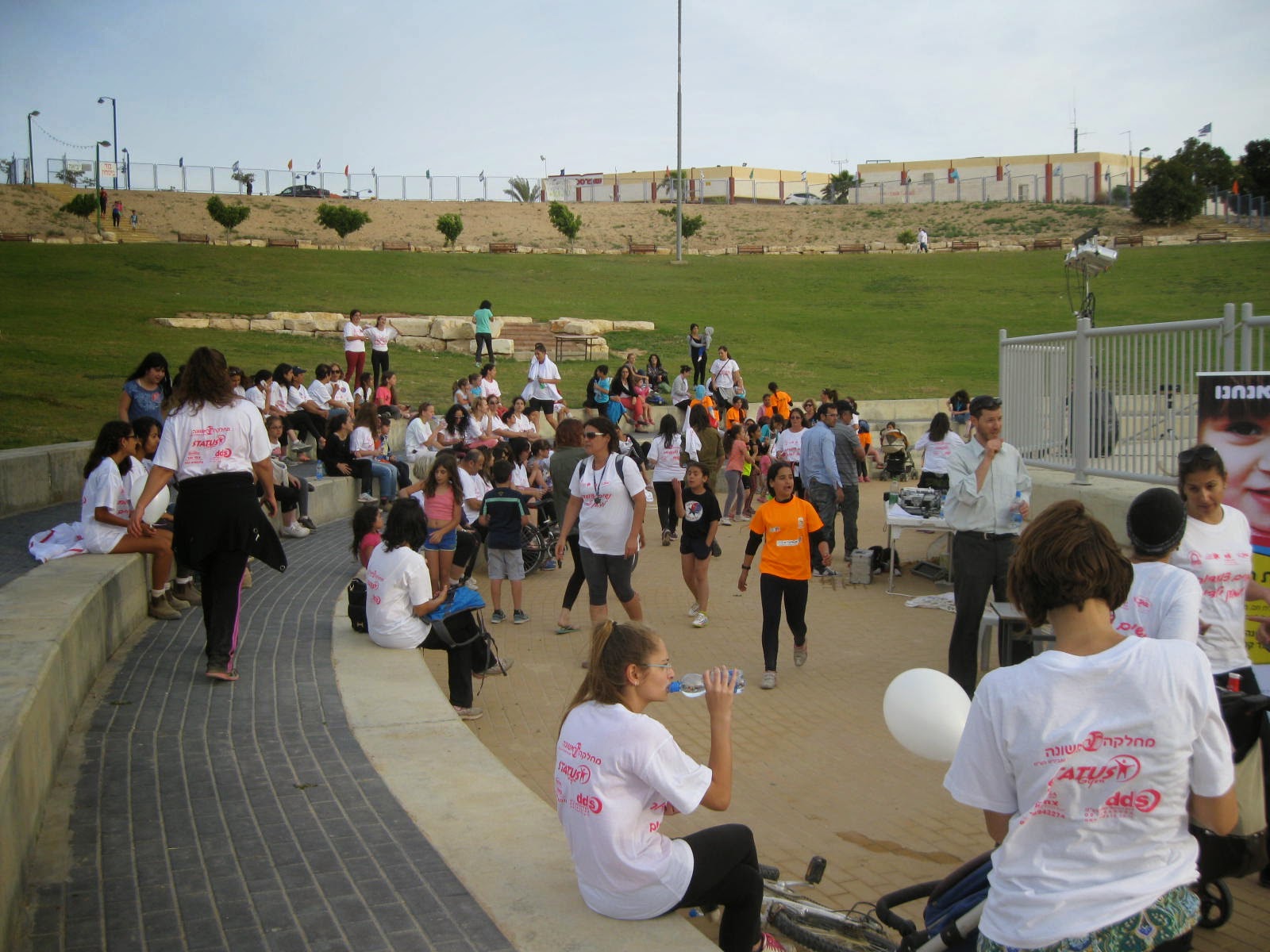 After our brisk hour's walk in the desert surrounding my town, the women's march for at-risk children (see previous post) reached the end point,  Meitar amphitheater. 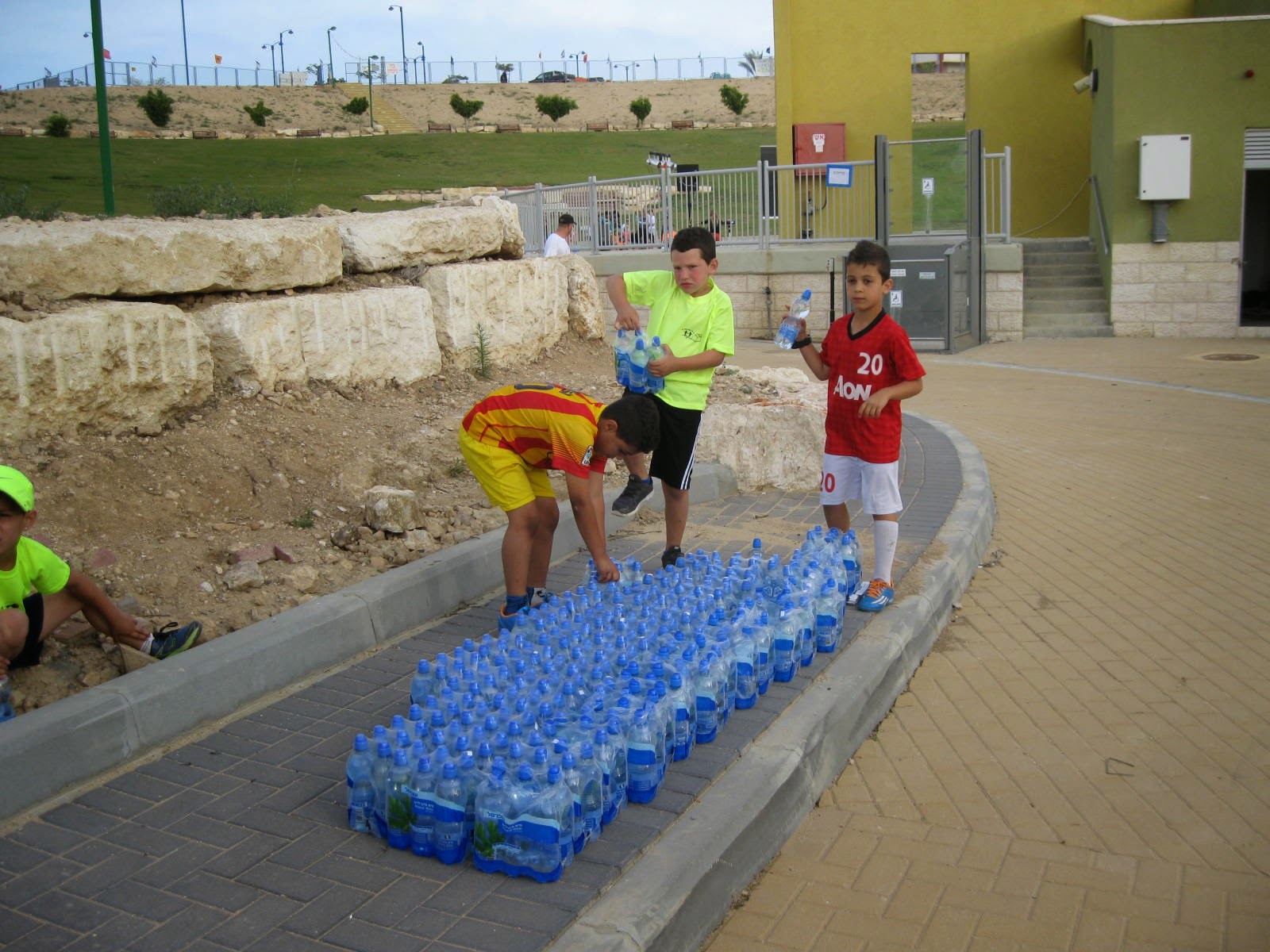 Bottles of water were waiting for us. 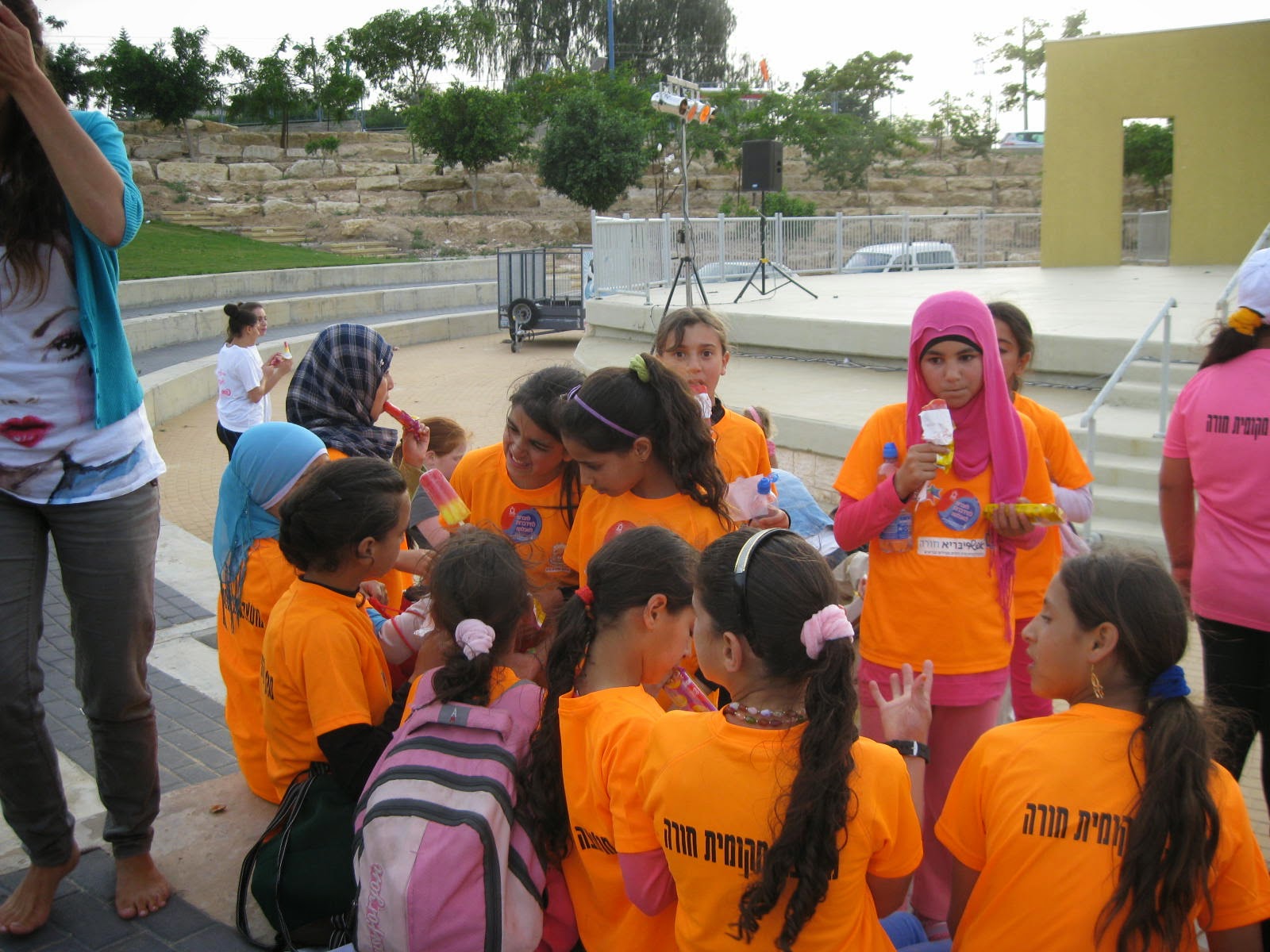 And  arcticim (popsicles) were distributed. 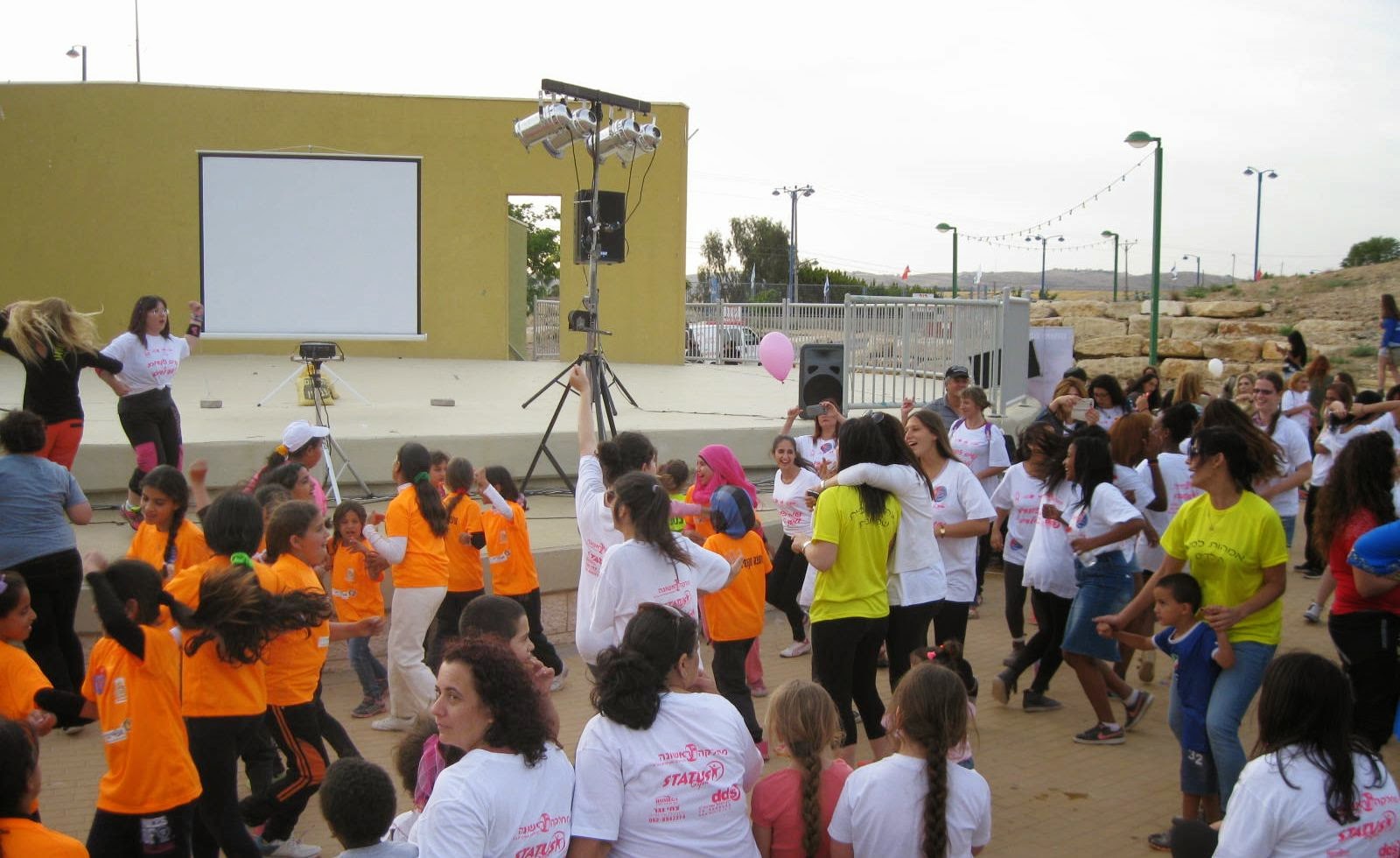 Then the invigorating music started and two Zumba instructors got the girls up and dancing.
The Jewish youth (in white march T shirts) lasted for a song or two. 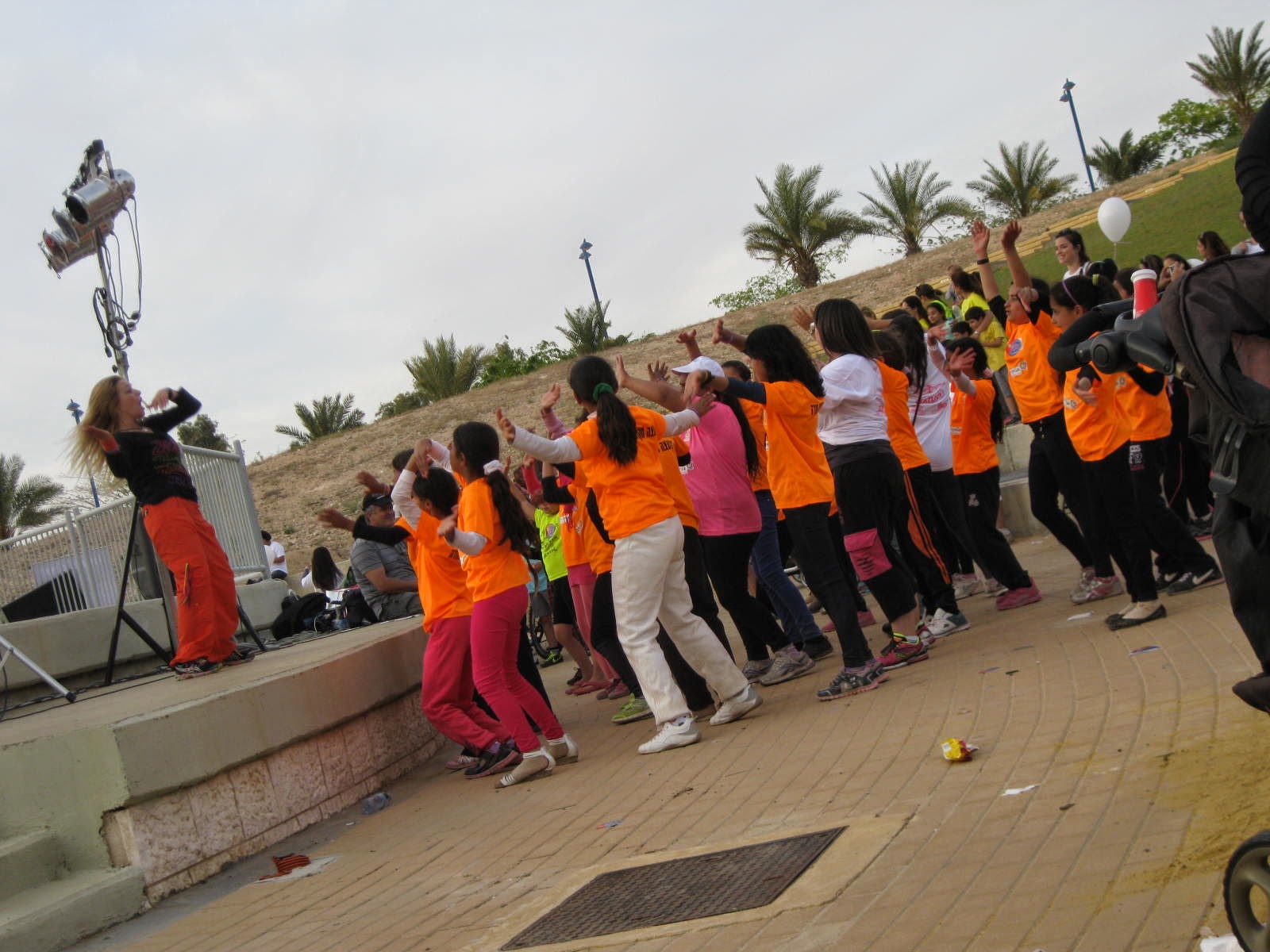 But the school group in orange were full of energy and enthusiasm and danced on and on, into the night!
Their shirts say Hura Local Council, so I assume they are from Hura, the Bedouin town close to Meitar. 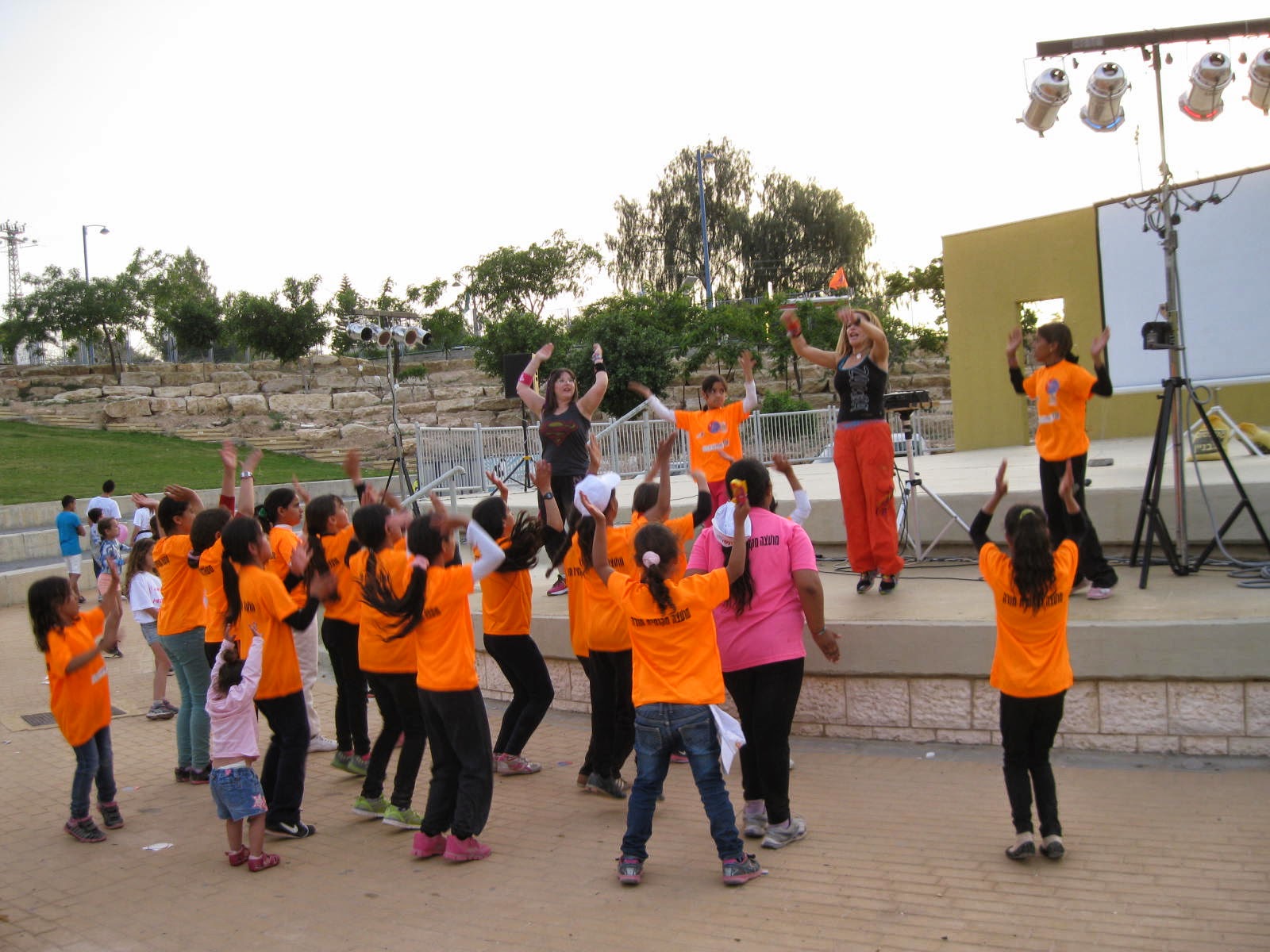 At one point the Zumba teacher took the microphone and told "the wonderful girls in orange who were so nice to join the march" that she had a song especially for them;  it was Arabic music and words.
It was heart-warming for me to see the mix of the two Israeli "sectors" having fun together, or at least next to one another.
It made me glad I moved to the Negev.
.
Posted by Dina at 3:16 PM