Paying for pears from Patagonia!? 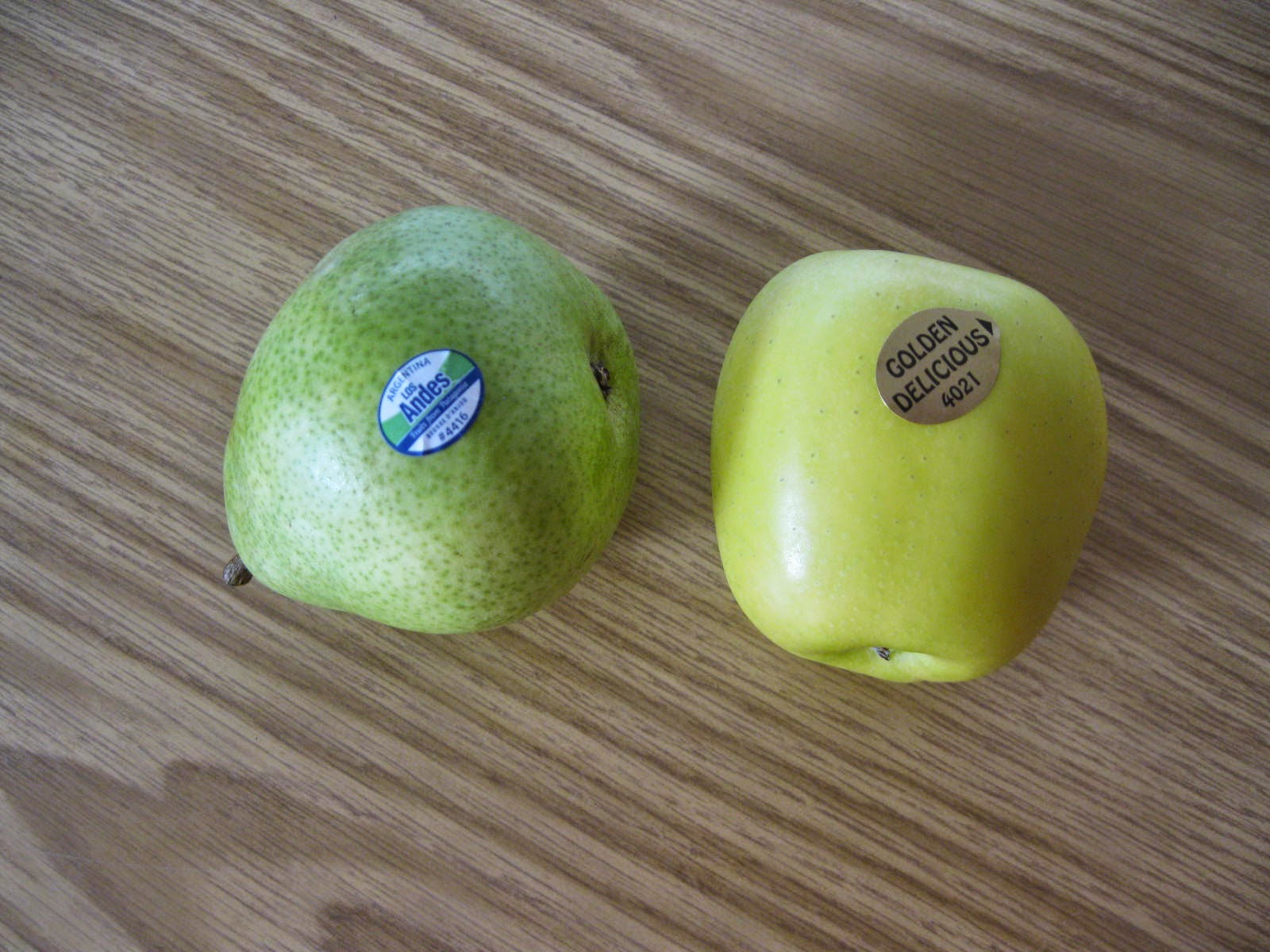 Israel has long been a leader in agriculture, so I was quite shocked to see foreign fruit in the supermarket.
Look at these stickers!
The code for the apple I think is from somewhere in Europe.
And the big pear?
All the way from Argentina!  "Fruits from Patagonia" the sticker says!

The prices are high and the taste (of the pears, at least) is low.
What's going on? 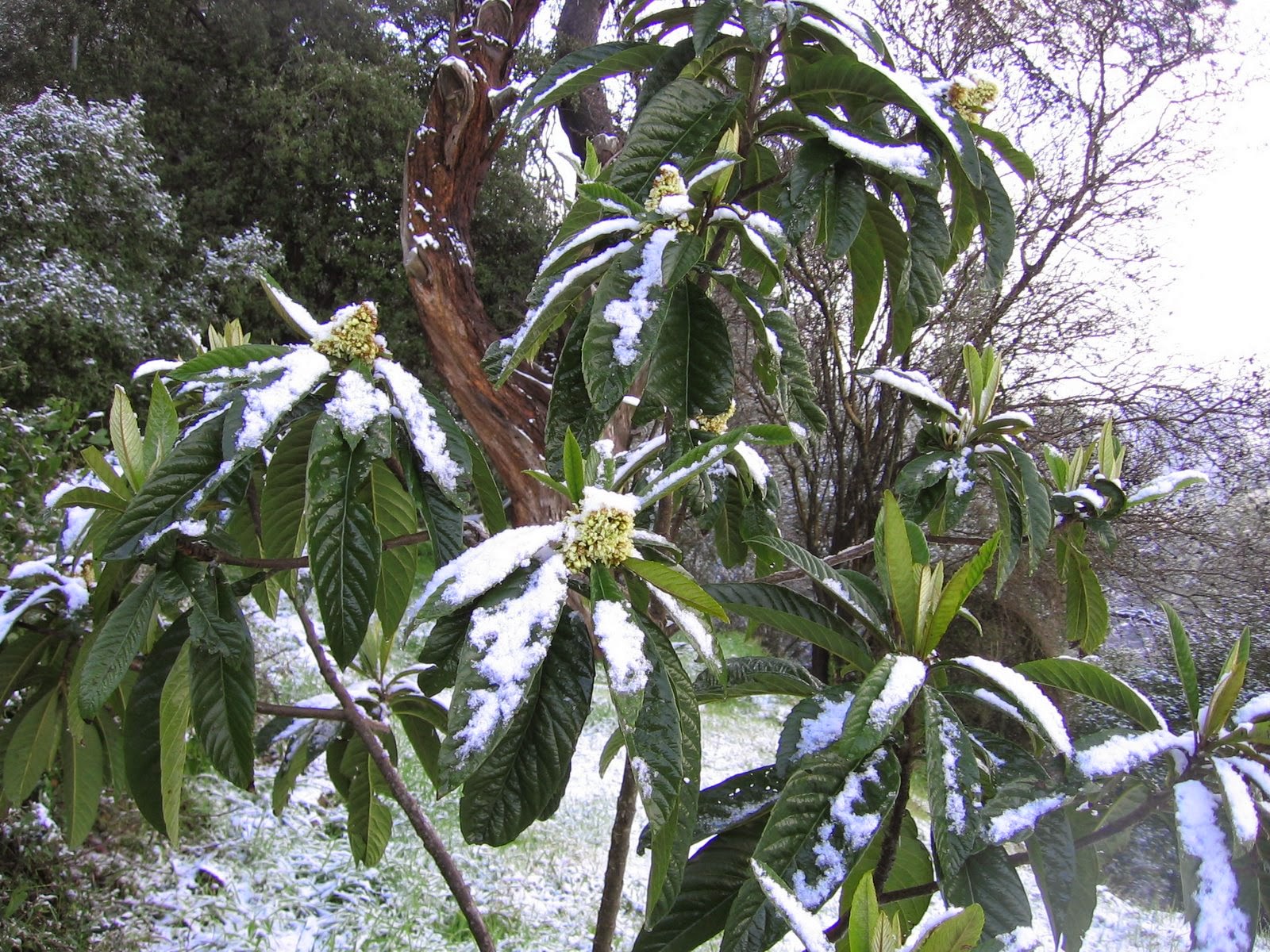 Then I remembered our snow storm last December.
And the four straight days of heavy rain and damaging winds.
So much agricultural produce was doomed then.

Now I read that our Ministry of Agriculture agreed to abolish customs duties on apples and pears, beginning last March, for the entire year of 2014.

Lettuce, zucchini, eggplant, tomatoes, and cucumbers also enjoyed several months of being duty-free this year.
If not this, our cost of living would have skyrocketed.

I hate buying fruits and vegetables at Meitar's supermarket because they have a monopoly and charge way too much.
Next week I'll take the bus in to Beer Sheva and see what the price situation is at the big shuk, the open air food market.

Someday, some year, our farmers might get the promised government compensation for the loss of their crops last winter.
.
Posted by Dina at 11:09 PM