For the 4th of July 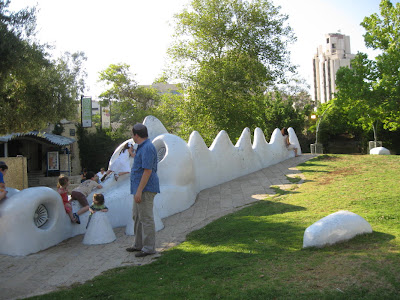 (I'm hoping he will qualify as an animal for Camera-Critters meme, too.) 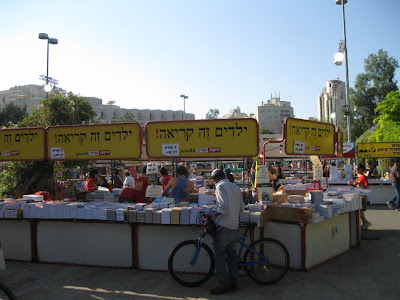 I was there two weeks ago for the big Hebrew Book Week fair.
.
This innovative activity park intersperses stone paths, greenery, and an open-air community center offering cultural and recreational events. 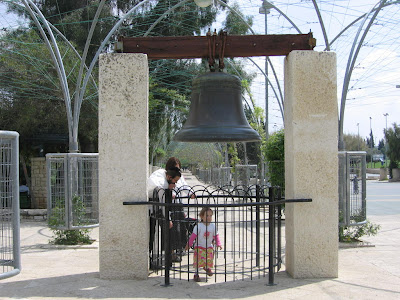 Jerusalem created Liberty Bell Garden in 1976 in honor of America's Bicentennial.
The replica of Philadelphia's Liberty Bell was a gift to Israel from the City of Philadelphia and is mounted in the center of the park.
But without the crack.
.
The inscription chosen for the original bell is from the Bible, Leviticus 25:10--

"PROCLAIM LIBERTY THROUGHOUT THE LAND, TO ALL THE INHABITANTS THEREOF."
.
Happy Independence Day to the United States and to Americans everywhere!