Knights then and now

Her Majesty Queen Elizabeth II bestowed honorary knighthood on our president yesterday, appointing him Knight Grand Cross of the Most Distinguished Order of St. Michael and St. George. Since Shimon Peres is not a subject of the Commonwealth, he (thankfully!) did not have to kneel upon receiving the honor and he may not use the title "Sir."
He is the first Israeli to be knighted. Mazal tov, congratulations Mr. President! 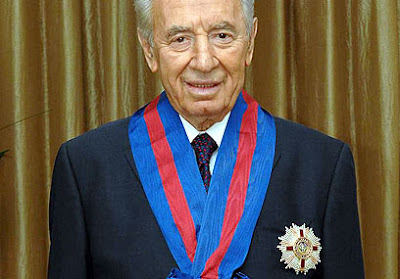 Photo: Amos Ben-Gershom, GPO ([Israeli] Govt. Press Office) in today's Ynet
.
All this business of titles and honors is quite foreign to modern Israelis.
And knights?! The last time we had knights in the Holy Land is when Europe's Crusaders came riding in, killing and plundering.
They massacred the Jews as well the Muslims of Jerusalem.
Their kingdom here was short-lived, from 1099 to 1187. 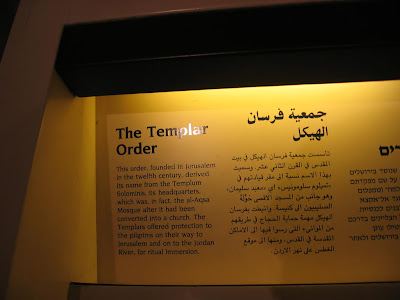 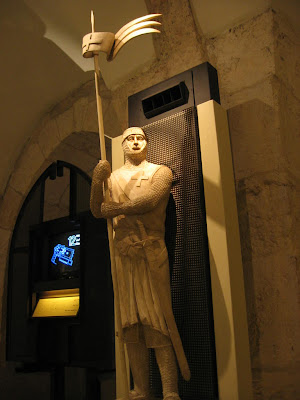 The exhibits are in the wonderful Tower of David Museum of the History of Jerusalem.
From their website:
The orders of knights combined two Christian ideals: chivalry and chastity. Four such orders were based in Crusader Jerusalem: the Templars, the Hospitallers, the Teutonic Knights and the Knights of St. Lazarus.
The orders, each in its own way, took responsibility for the safety and well-being of pilgrims, and the treatment of the wounded and the lepers. Some of the orders provided an important military force to defend the kingdom as a whole. 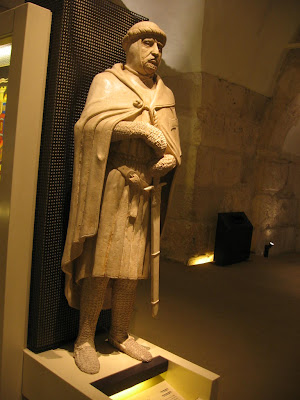 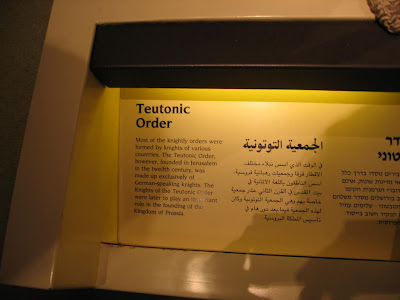 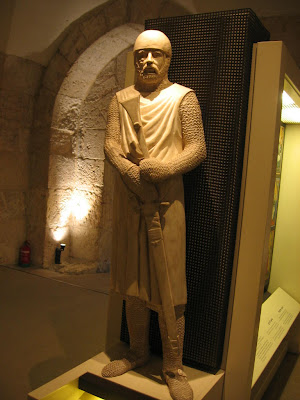 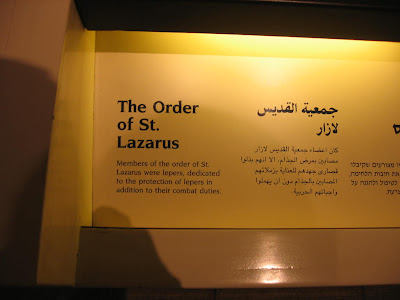 It is so exciting to see all of the history you have on your blog.I am so happy to have found you.
Patsy

So knights arrive in Israel each millennium ? Except the first time they were agressors, and, nowaday, he is defender.

I think I rather enjoyed this post on my iMac. Not sure if it would have been as nice on my HP PC.

I learned something that I didn't know but saw on the Discovery Channel.

So interesting! Congratulations to your president. And I'm glad he didn't have to kneel, too.

Very interesting post about the knights, Dina. It's good to learn history and hope we don't repeat the mistakes.

the world has become a simpler place to live in thiese days, and the role of kings and queens needs to be reconsidered. they are mere mortals, just like everyone else...
great shots today - loved the history

Hello Dina ! I say with You :
"congratulations Mr. (great) President ! "