P is for pillbox

.
P is for pillbox in this contribution to ABC Wednesday. 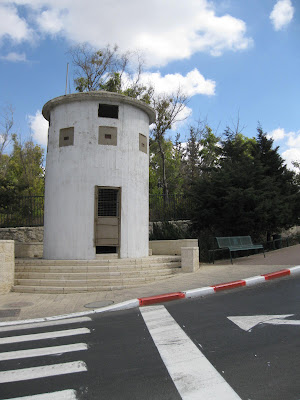 Jerusalem still has about four old pillboxes. The one above is on Hebron Road.
They are remnants of the British Mandate Period, and someday Jerusalem may turn them into mini-museums.
.
The British built pillboxes throughout Eretz Israel during the Arab riots of 1936-39.
These guardposts were meant to protect the main roads.
They were made of concrete and had a steel door, a slit from which to fire, and a flat roof.
. 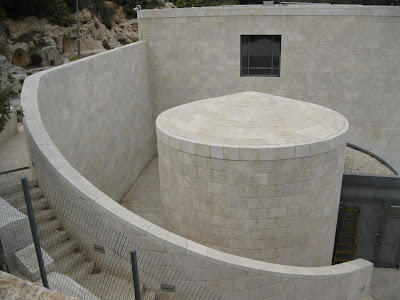 This modern structure outside the Menachem Begin Heritage Center is meant to recall the old pillboxes and the struggle. 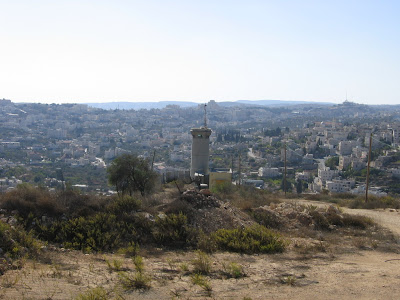 This more recent pillbox in near the Jerusalem neighborhood Gilo, overlooking the West Bank village of Beit Jalla.
It is no longer in use.
. 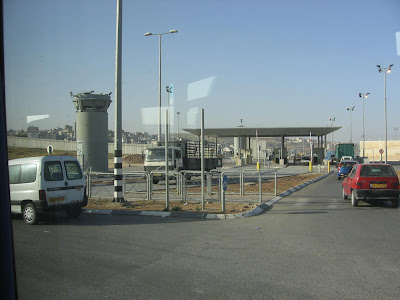 This pillbox stands on the Israeli side of the checkpost beyond which begins the section of the West Bank administered by the Palestinian Authority.
Israelis may not pass through.
.
For a little more on our pillboxes you can see 21c Israelity Blog and a Ynet article.
.
Posted by Dina at 7:30 PM

Saw lots of old pillboxes on our recent holiday in Jersey so I recognised these immediately. The bottom one testifies to the fact that War is still ongoing in your part of the world.

I never knew that expression for such a structure. I always thought a "pillbox" was a style of hat! lol Hoping you have a great week. :D

What a strange but a rather true name pillbox..I keep learning something everyday Dina..

Dina, your posts never fail to fascinate and educate.

A promise in the making - seeing them not in usage any more; who knows, they might build alike over here soon ... A peaceful Friday for you.

Never heard the word in that context. Very interesting.

Well that is so interesting. I thought pillbox was a hat, or where you keep you pills.

I'm glad you provided the link because I was wondering why they called them pill boxes. This was a lot of fun to learn about.

A curious and interesting assortment of defensive structures. A good idea to keep some of them.
We still have some pillboxes from the last war and you just reminded me that I can post some of them.

The links are useful, Dina. I looked in the dictionary: pillbox = portapillole (box where one keeps the pills).

That's an interesting post for P, but I still don't understand why the watchtowers are called pillboxes.